To each his own! Ryan Seacrest is “not at all” worried about Andy Cohen’s plan to “party harder” during the CNN New Year’s Eve Live broadcast — despite being a victim of his drunken rant in 2021.

Andy Cohen, Ryan Seacrest’s Friendship Over the Years: Everything to Know

“You know, those guys, we’ve been friends for so many years and we’re all in it together,” Seacrest, 48, exclusively told Us Weekly on Thursday, December 29, while promoting his upcoming Dick Clark’s New Year’s Rockin’ Eve show. “We’re all out there blocks away from each other, bringing in the new year.”

The American Idol host insisted that both he and Cohen, 54, are just “trying to have a good time and convey that sort of fun.”

Seacrest went on to wish the Bravo producer and his CNN NYE cohost, Anderson Cooper, “the best of luck and a great show” this year. 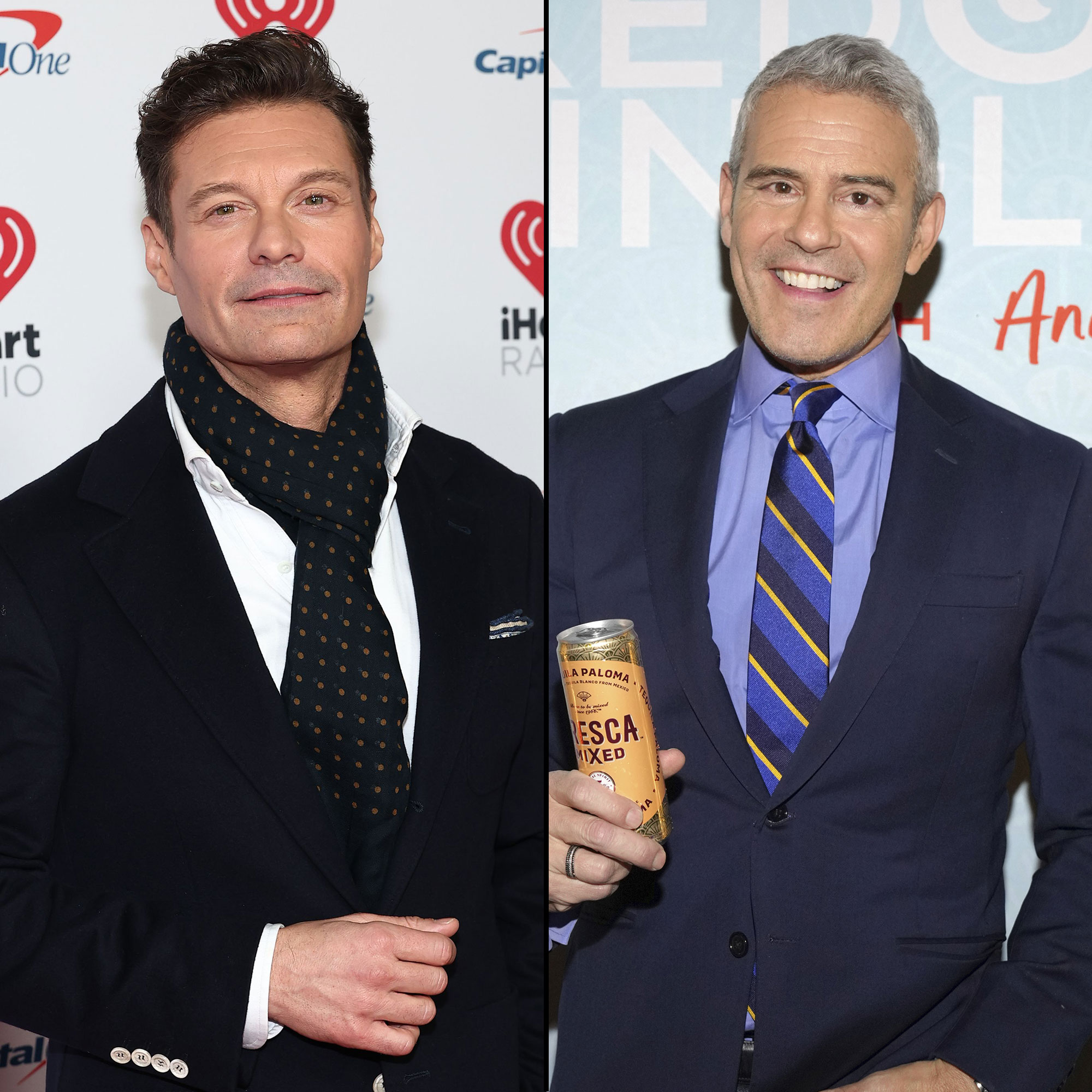 The TV personality, for his part, will be focused on his own NYE show — which will take place from multiple locations. “We also have three live countdowns in this show, which I never thought was even possible when I first started,” the former Keeping Up With the Kardashians producer told Us. “But we’ve got Puerto Rico, Times Square and New Orleans, and we’ve also added another party on the West Coast. It’ll be L.A. as we always have a Disneyland [portion].”

The Live! With Kelly and Ryan cohost’s comments come one month after Variety reported that CNN chairman Chris Licht wanted to reign in the drinking during the network’s NYE broadcast.

The call for less alcohol on camera appeared to be in response to Cohen and Cooper, 55, taking shots during the 2021-22 show — and subsequently slamming a few people on air, including Seacrest.

“If you look behind me, you’ll see Ryan Seacrest’s group of losers performing,” Cohen said during the December 2021 live event. “I’m sorry but if you’re watching ABC, you’re watching nothing.”

The Missouri native later admitted that he regretted the Seacrest jab and had since apologized. “He’s a really nice guy. And I was — as they say— in my cups, and I was kind of enjoying the rant. I was like, ‘Wow, it’s really fun being on CNN just ranting like a nutty guy. This is fun,’” Cohen said on The Howard Stern Show in January. “So I kept going and that I felt bad about and I texted Ryan the next morning.”

Seacrest, meanwhile, told Us on Thursday that the Emmy winner did in fact send him a text following the incident. “We’ve had him on this show here since and we spent time together,” the On Air With Ryan Seacrest host revealed. “He’s a really good friend.” 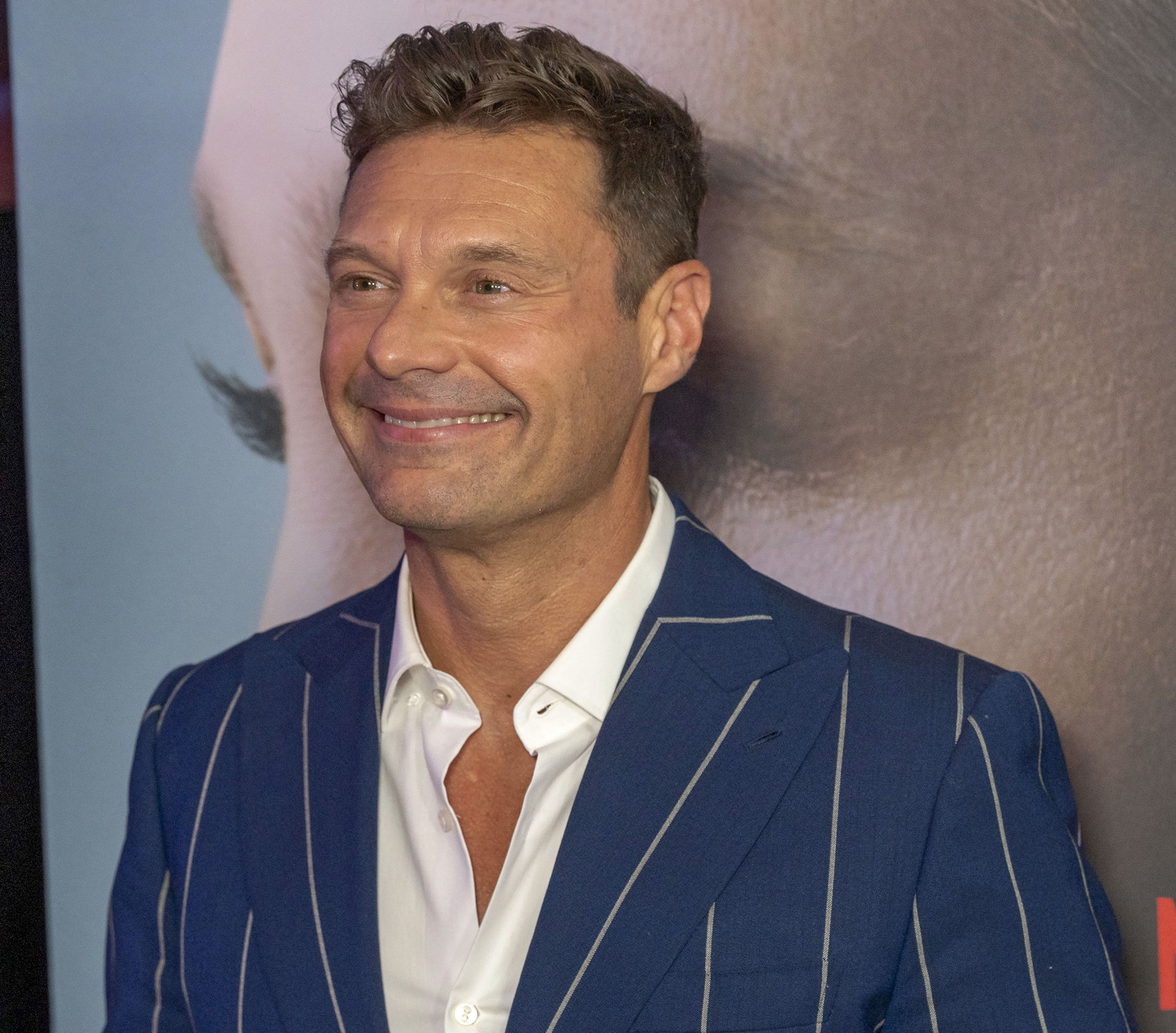 CNN, for its part, backed Cohen at the time. In a January statement the network acknowledged that the Real Housewives producer “said something he shouldn’t have on live TV” and they were looking “forward to having him back next year.”

In November, Cohen responded to CNN’s new more sober show approach, telling his WWHL viewers that the rule was meant for “correspondents” and didn’t apply to him or Cooper.

“I just want you to know Anderson and I are going to party harder than we have ever partied before on New Year’s Eve!” the Most Talkative author declared. “Do you understand me?!”

Seacrest, for his part, told Entertainment Weekly on Monday, December 26, that he doesn’t “advocate drinking when one is on air.” He added: “I don’t know how that started as a tradition but it’s probably a good idea [to scale back], CNN.”

Cohen, however, doubled down on his comments, telling Rolling Stone on Wednesday, December 28, that he and the political commentator will be “the people partying on CNN,” adding that they would be doing so “responsibly.”

The Radio Andy host joked: “It’s fun for me because I’m a guest on CNN, so I’m like a visitor. I’m going to just march back to Bravo at 12:30 in the morning and be done with it.”

Seacrest, on the other hand, is constantly trying to one-up himself with the Dick Clark’s New Year’s Rockin’ Eve show. “I was a kid watching this show, watching other people do the things that I get a chance to do every day. Wanting to do it,” he told Us on Thursday. “And I feel like I’ve gotta prove that I’m worthy [of] doing it every single time. I think that is part of what keeps it exciting for me too.”