A New Jersey student has said he is barred from taking classes at Rutgers University because he has not been vaccinated — even though he is only studying virtually from home.

Logan Hollar, 22, told NJ.com that he largely ignored the school’s COVID mandate “because all my classes were remote” from his Sandyston home, some 70 miles from Rutgers’ campus in New Brunswick.

But he was locked out of his Rutgers email and related accounts when he went to pay his tuition at the end of last month — and was told that he needed to be vaccinated even though he has no plans to attend in person. 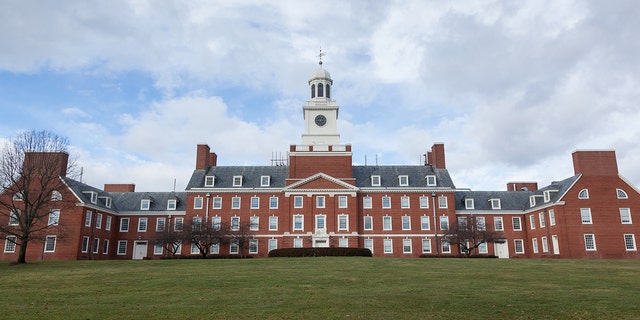 Hollar has now been forced to miss classes that started Sept. 1 — and has been warned it could be weeks before a decision is reached on his application for an exemption to the vaccine mandate, he said.

“I’ll probably have to transfer to a different university,” Hollar told NJ.com, saying he knows of at least one other student in the same position.

“I find it concerning for the vaccine to be pushed by the university rather than my doctor,” he told the outlet.

“If someone wants to be vaccinated, that’s fine with me, but I don’t think they should be pushed,” he insisted, saying he doesn’t “find COVID to be scary” because he is healthy and “not in an at-risk age group.”

“I don’t care if I have access to campus. I don’t need to be there. They could ban me. I just want to be left alone,” he said.

Hollar’s stepfather, Keith Williams — who has been vaccinated — told the outlet he is “dumbfounded” at Rutgers’ stance.

“I believe in science, I believe in vaccines, but I am highly confident that COVID-19 and variants do not travel through computer monitors by taking online classes,” Williams told NJ.com.

“He chose to remove himself from an on-campus experience so he would not need to be vaccinated,” Williams said.

“Now to be removed and shut down from his Rutgers email and online classes during the start of his senior year seems a bit crazy.”

She noted that Rutgers’ policy differentiates between a “fully online degree-granting program” and “classes that are fully remote” but part of a course where other students are on campus, as in Hollar’s case.

Devlin told the site that staff “continue to work” helping students apply for waiver requests for medical or religious reasons — while conceding they “should expect a two-to four-week turnaround, during which time they will not have access to university systems.”

This story first appeared in the New York Post

“Once it is processed and verified, students are allowed access to university systems,” she said.