May 31st marks the 100th anniversary of the beginning of the Tulsa race massacre when more than 35 blocks of what was dubbed Black Wall Street were burned to the ground, leaving at least 39 people dead. The very existence of the Greenwood District — which in 1921 was the wealthiest Black community in the United States — is rarely taught in classrooms, let alone the destruction of it. But a new documentary from the History Channel uncovers the devastation that occurred in the Oklahoma city between May 31 and June 1.

Tulsa Burning: The 1921 Race Massacre is the name of the two-hour documentary directed by the Peabody and Emmy Award-winning Stanley Nelson which will air on Sunday, May 30, at 8 pm EST. Former Oklahoma City Thunder star Russell Westbrook is Executive Producer of the film which explores one of the worst acts of racial violence in our nation’s history.

In anticipation of the documentary and the accompanying six-part podcast, Blindspot: Tulsa Burning, which will commence on May 28 in partnership with WNYC Studios, we spoke with Westbrook about helping to bring the story of this horrific event to life and how he’s using his celebrity to impact underserved communities.

Why was this was an important project for you to get involved with?

RUSSELL WESTBROOK: For me personally, I have some ties to Oklahoma, just being there for a long time and playing there. And I’m always trying to figure out how to bring our history back and how it can relate to our present and our future, whether you see that through a film or see that through, in this particular instance, the Tulsa Black Wall Street massacre. For me, it kind of hit home and I wanted to be able to not just understand the story, but also explain it and express it so people can understand exactly what went down and how we can help shape our future.

Sadly, I don’t think I heard about the Greenwood District until I was an adult. Do you remember the first time you learned about Black Wall Street?

WESTBROOK: Yeah, I was fortunate to have basketball camp in Tulsa each year for about five years straight solid. I was able to see where the Greenwood District was in Tulsa, but unfortunately, they built a highway over top of it and over Black Wall Street. So that made me want to learn more about it. And they always say Black Wall Street is there, but I never understood it. Obviously now with my history I understand it a lot more.

Tell us about the forthcoming education initiative connected to this documentary that’s a part of your Why Not? Foundation

What other kind of work do you do with your organization?

WESTBROOK: With the Why Not? Foundation right now we focus highly on underserved communities, especially our African-American communities through education, job creation, and the third pillar that I’ve been really focusing on is mental health and mental wellness. I use those three pillars to be able to connect me with anything because I feel like those are the three biggest things in our society that can help change and change our treatment of our youth. With my foundation, I try to make sure anything that I’m attached to there’s a component of education and creating jobs and creating some generational wealth in our communities, especially our under-served communities. 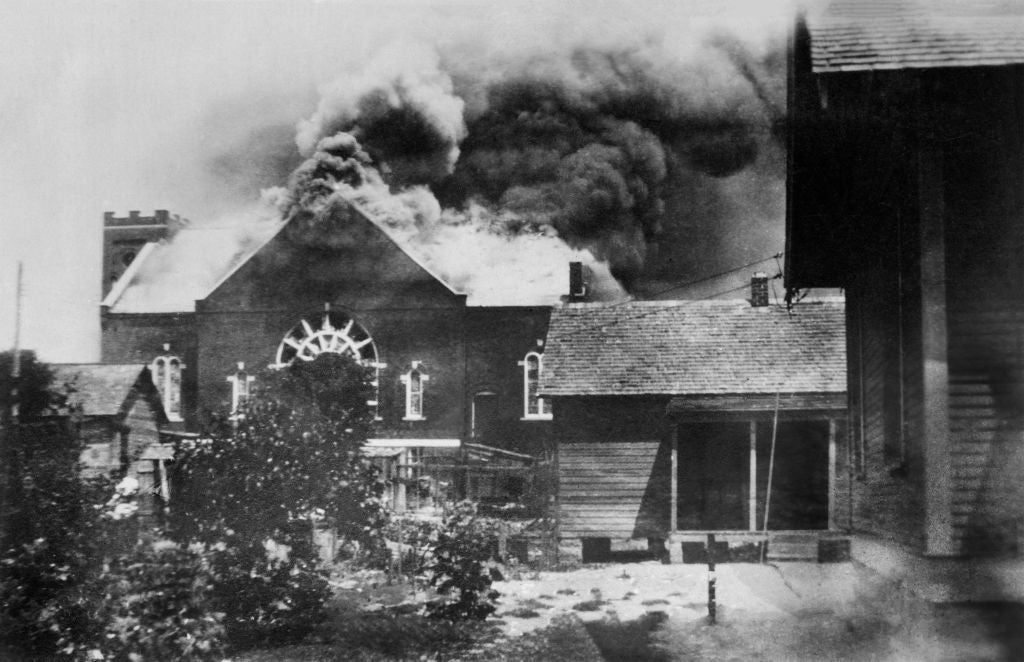 Thinking about what the Tulsa community stood for in terms of Black entrepreneurship, what has been the best financial or business lesson that you’ve learned over the course of your career so far?

WESTBROOK: Just being patient. I think the biggest thing, you learn a lot more about business and deals, there may be a lot of different deals and different things that come your way, especially in my position of so many people coming in and different things that may be beneficial for them at the time. And I’m big on impact. If it doesn’t impact or inspire people, then I don’t want to be a part of it. And that’s just how I am personally on the business side.

We seem to be getting to a point where athletes are no longer comfortable with this idea that they’re just supposed to dribble a ball and not speak up about things that are important to them. For you, being in that world, how much pressure do you feel either to bring attention to matters like this and issues of social justice or to not mix “politics” with your job?

WESTBROOK: I don’t feel pressure because this is who I am, honestly. This is what I do. I feel like God has blessed me with this platform to be able to help inspire and educate other people. And to me, it’s simple as that.