He is one of the wealthiest royals in the world and owns vast amounts of land in both France and Monaco.

Roughly, his extraordinary net worth is estimated to be around $1 billion (approximately £781 million).

Emir Sheikh Tamim bin Hamad Al Thani took over from his father as the Emir of Qatar in 2013, after his father stepped down.

He has held a variety of government posts within Qatar and has worked to promote a number of sporting events in the country.

As of 2018, at the age of 38, he was the youngest reigning monarch among the GCC countries and the youngest current sovereign worldwide.

Primarily, the former emir’s estimated net worth came from Qatar Investment Authority, which manages the country’s oil and gas reserves. 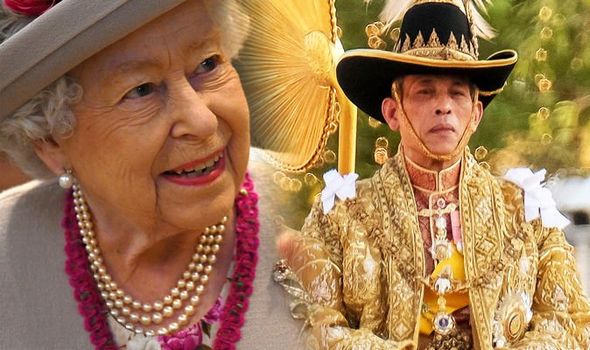 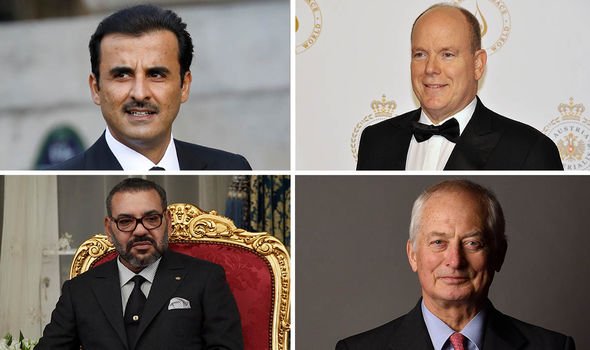 King Mohammed VI of Morocco is the eighth wealthiest royal in the world.

His fortune comes from his family’s ownership of Morocco’s National Investment Company, a private holding company that invests in other African countries and operates in banking, telecommunication and renewable energy.

Prince Hans-Adam II is one of the world’s 500 richest people according to the Bloomberg Billionaires Index.

His fortune originated during the Crusades and is rooted in LGT Group, a private bank which caters to the ultra-rich worldwide.

He has also acquired wealth through investments made through the Prince of Liechtenstein Foundation which oversees real-estate, forest and winery assets. 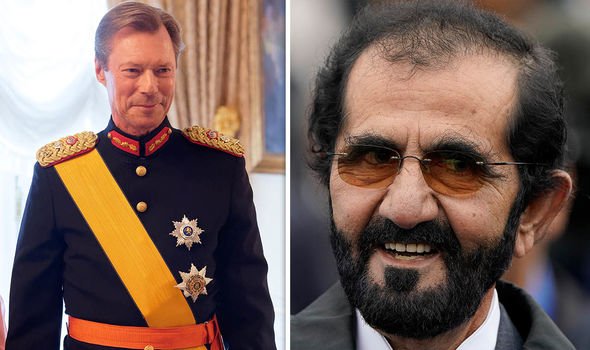 Henri the Grand Duke of Luxembourg has reigned since October 7, 2000.

The Grand Ducal Family of Luxembourg does not receive a salary but has been granted about $324,851 every year since 1948 to carry out functions.

However, in total, the Grand Duke Henri’s wealth is estimated to be around $4billion (£3.1 billion).

Mohammed bin Rashid Al Maktoum is the Vice President and Prime Minister of the United Arab Emirates (UAE) and ruler of the Emirate of Dubai.

He has spent a lot of his wealth on charitable donations such as $10billion to create the Mohammed bin Rashid Al Maktoum Foundation, which is focused on helping future generations.

Sheikh Khalifa bin Zayed Al Nahyan is the current emir of Abu Dhabi and President of the United Arab Emirates. 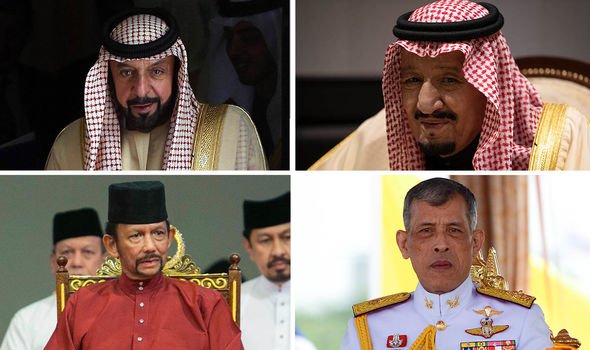 King Salman bin Abdulaziz Al Saud has a net worth of around $17billion (£13billion).

He is the king of Saudi Arabia, the Prime Minister and the head of the House of Saud, which is the ruling royal family.

He has reigned since the death of his half-brother King Abdullah in January 2015.

The 83-year-old will one day pass the crown to his grandson Prince Mohammed bin Nayef.

Saudi Arabia is the world’s top oil producer and most of the money from oil goes to the Saud family.

Sultan Hassanal Bolkiah is the Sultan of Brunei.

He is the second-longest reigning monarch after Queen Elizabeth II – however, his immense wealth of $20billion (£15.6billion) outstrips the Queen’s considerably.

The sultan of Brunei wealth comes from the oil and gas industry.

He lives in the world’s largest palace, which costs more than $350 million (£273million), and is said to own more than 600 Rolls-Royces.

The richest royal in the world is King Maha Vajiralongkorn in Thailand.

King Maha Vajiralongkorn and his family made their wealth from investments derived from Crown Property Bureau, which manages the property of the crown of the Kingdom of Thailand.

He has been the King of Thailand since 2016, after his father died.

At the age of 64, he became the oldest Thai monarch to ascend to the throne.

The exact size of the bureau’s fortune has never been formally disclosed, but analysts believe the assets could be worth as much as $60billion (£47billion).