The Royal family has released strict new guidelines on what it will tolerate from users interacting with its social media accounts.

Tweeting from @Clarence House, @royalfamily and @Kensingtonroyal, its official Twitter accounts, the palace has made it clear that ‘obscene, offensive or threatening’ comments will be blocked in order to create a ‘safe environment’ for genuine fans.

The guidelines were laid out on the royal family’s official website and then shared across their social media channels – prompting some immediate trolling. 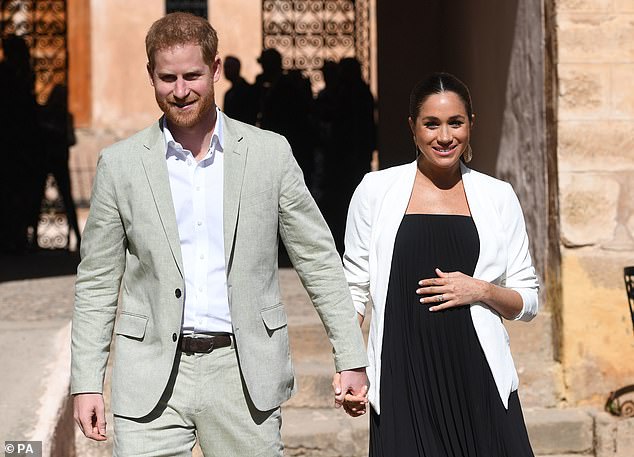 The pregnant Duchess of Sussex and other members of the royal family have frequently been the target of online trolls on social media. Today, the official royal website posted new guidelines to followers saying abuse wouldn’t be tolerated The tweet that appeared on the @Clarencehouse Twitter handle; the guidelines were also posted on the accounts @royalfamily and @Kensingtonroyal 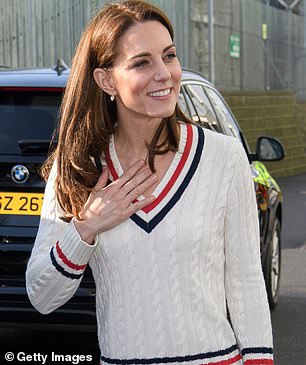 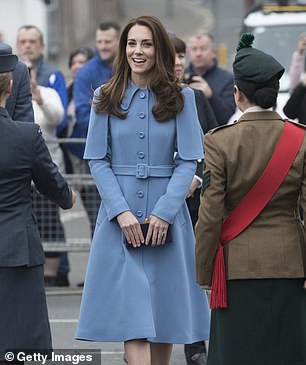 The Duchess of Cambridge has also been a target of social media sleights; the new advice takes no prisoners suggesting that followers’ comments don’t go ‘off-topic, be irrelevant or unintelligible’

In January, Kensington Palace revealed that its moderating teams spends ‘hours’ making sure ‘vile’ comments, which often target the Duchess of Cambridge, 37, and the pregnant Duchess of Sussex, 37.

In the short missive posted on the royal family’s website, the stern guidelines asked followers of the Windsors’ accounts to not ‘promote discrimination based on race, sex, religion, nationality, disability, sexual orientation or age.’

It also suggested that people writing ‘off-topic, irrelevant or unintelligible’ comments might see their posts removed.

Reaction to the guidelines was largely positive although, predictably, some saw it as an opportunity to immediately flout the request and post disrespectful comments.

@ajdavies2011 responded: ‘Hopefully you are getting rid of some of the offensive tweets on this thread!’

@Canzaus_Kid said: ‘Good news, I am tired of blocking someone elf the vindictive and over the top nasty people who comment on the Royal Social sites.’ 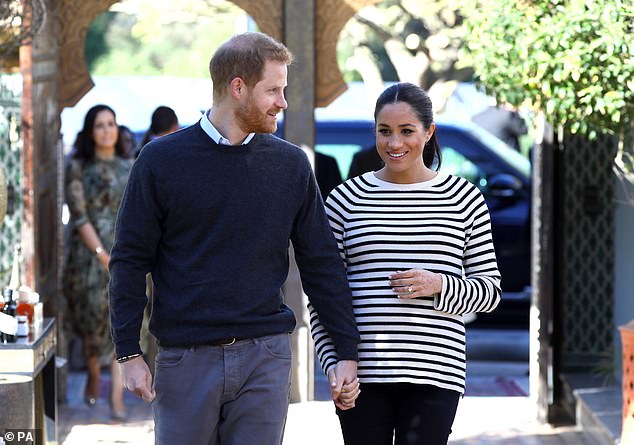 The Duke and Duchess of Sussex, pictured on Merseyside in January, are said to have been taking advice from Meghan’s close friend Serena Williams on how to deal with online abuse 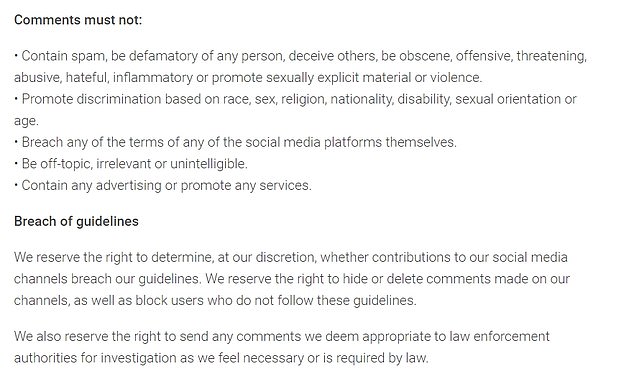 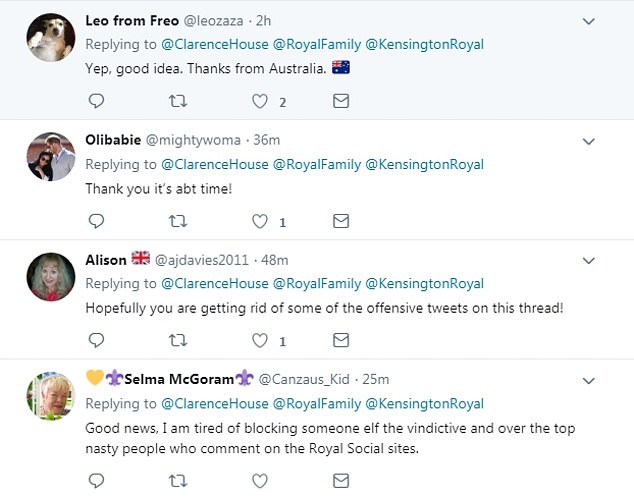 @tomfev penned: ‘Great – maybe it will help stop the vitriol aimed at the Duchess of Cornwall.’

Last month, it was revealed that tennis ace Serena Williams, a close friend of Meghan Markle had been helping her deal with online abuse.

The Duchess of Sussex, 37, who is expecting her first child with Prince Harry, 34, in the spring, was said to be receiving advice from the tennis star’s PR team.

According to reports Serena, also 37, offered Kensington Palace the help of her team after seeing a growing number of cruel jibes aimed at the mother-to-be on social media.

Serena, who gave birth to her first child Alexis Olympia in 2017, has been firm friends with fellow American Meghan for almost a decade, after they met in 2010.

The insider said: ‘Meghan is still acclimatising to the royal way of dealing with things – she is very much used to the ruthless Hollywood PR machine.

‘Her publicist Kelly put a small team together to create a pitch, and have been in touch with the Palace under an official capacity with a few ideas.

‘Meghan’s obviously had some horrible trolling, plus people keep speculating about her relationship with Kate so Serena feels she needs the ‘big guns’ behind her to set the record straight, and shut everything down.’