The women behind this year’s breakout fashion brand revealed how they have grown from a kitchen table start-up to an international label in just three years.

Friends Orlagh McCloskey, 29, of Derry, Northern Ireland, and Henrietta Rix, 27, of Cheshire, co-founded Rixo at their student flat in Barons Court, west London, after graduating from the London College of Fashion, where they met on a fashion management course.

Their vintage-inspired dresses, tops, skirts and accessories are now stocked by Net-a-Porter and Selfridges, dominate Instagram feeds and have been snapped on style-savvy stars including Holly Willoughby, Millie Mackintosh and Michelle Williams. 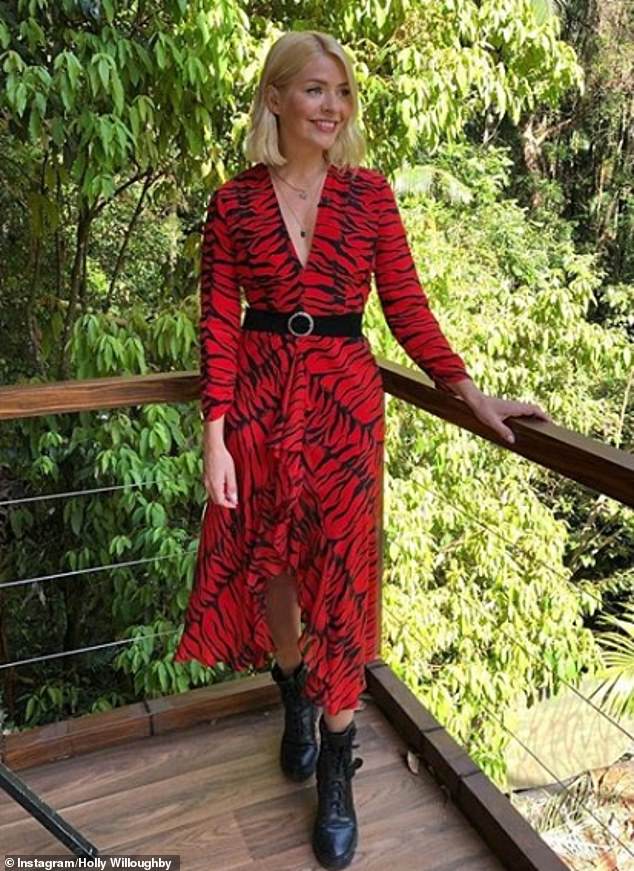 Friends Orlagh McCloskey, 29, of Derry, Northern Ireland, and Henrietta Rix, 27, of Cheshire, co-founded Rixo at their student flat in Barons Court, west London, three years ago. Now their designs are seen on the likes of Holly Willoughby, pictured while filming I’m A Celebrity… 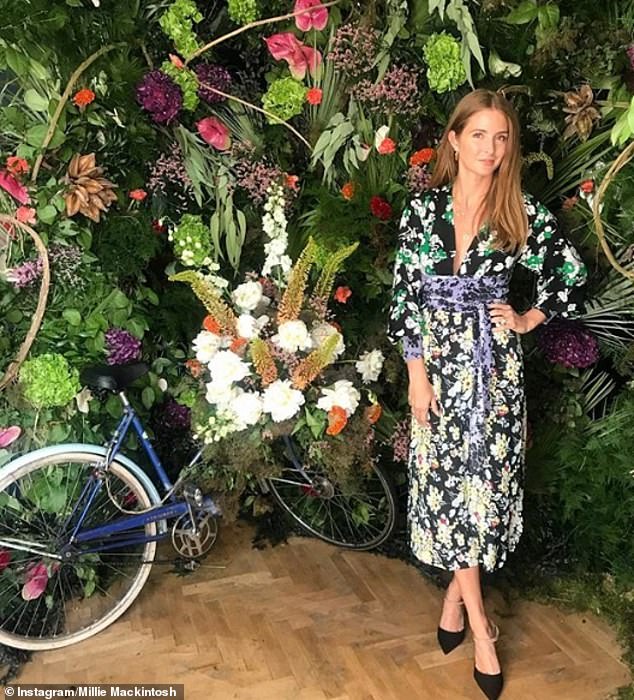 Early fans include Millie Mackintosh, who was one of the first big names to wear Rixo after its September 2015 launch. Pictured, the social media star in a photo shared on Instagram in June 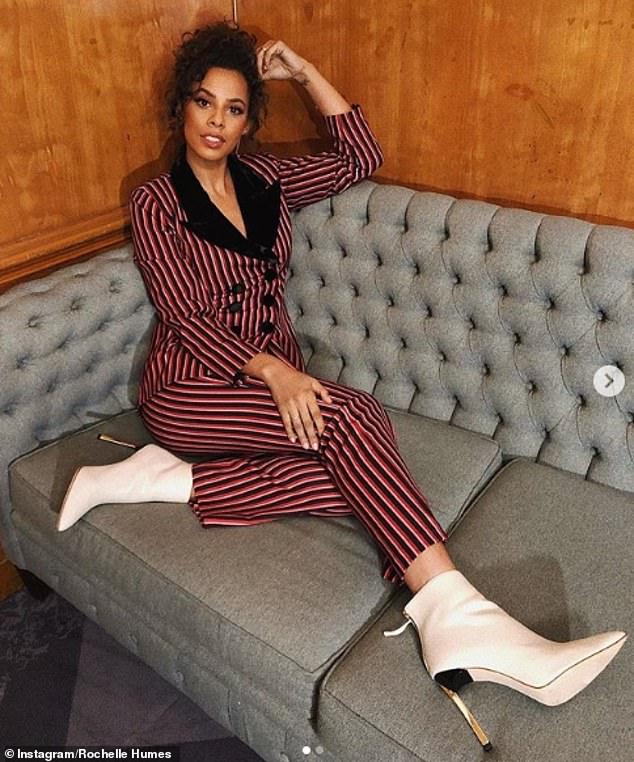 Speaking to the Sunday Telegraph’s Stella Magazine, Orlagh and Henrietta told how they both put in £3,000 each to start the label from their living room.

Funds went on essentials like laptops and a camera, while a third went towards building a website so they could sell direct to customers.

They also travelled to independent shops across the country in the hope of snapping up stockists.

Henrietta said: ‘We knew every single boutique in the UK off by heart and each morning we would ring them and say, “Hi, can we come and show you something?” 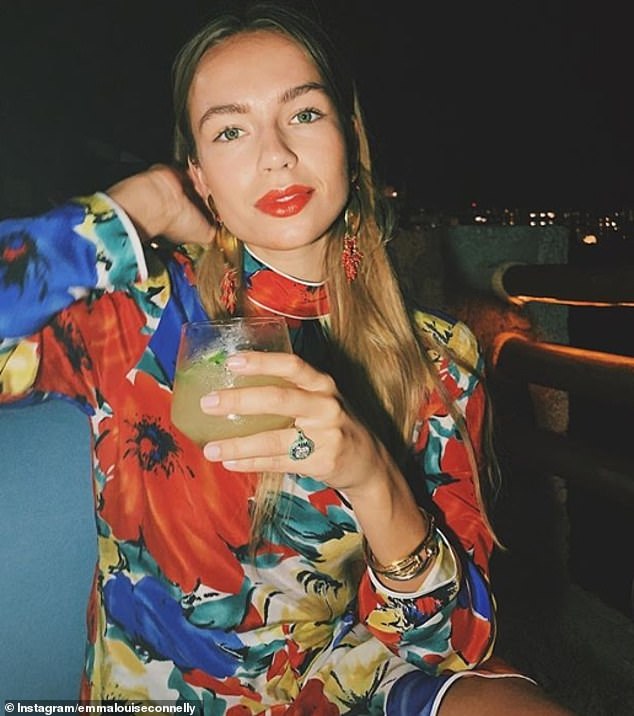 Influencer Emma Louise Connelly, engaged to Made In Chelsea star Oliver Proudlock, in Rixo in an Instagram snap shared this month. Social media has been key to the brand’s marketing 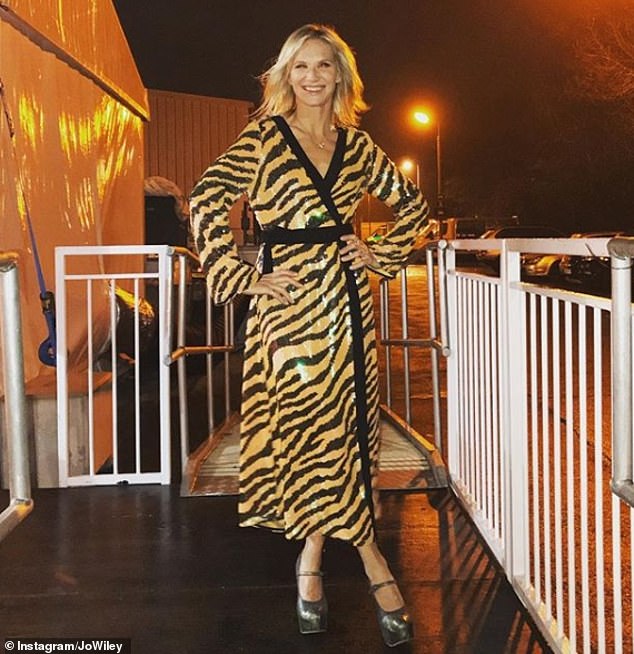 ‘And even if someone was a tiny bit interested, we’d turn up at the shop with a suitcase.’ Orlagh added: ‘We were like Del Boy and Rodney’.

The women also sought out influential stylists and their clients on social media, with Angie Smith, now best known as the woman behind Holly Willoughby’s wardrobe, among the early fans.

Shortly after Rixo officially launched in September 2015 she dressed Millie Mackintosh in a feminine pink, red and white Camellia dress and the press attention drove traffic to the website. 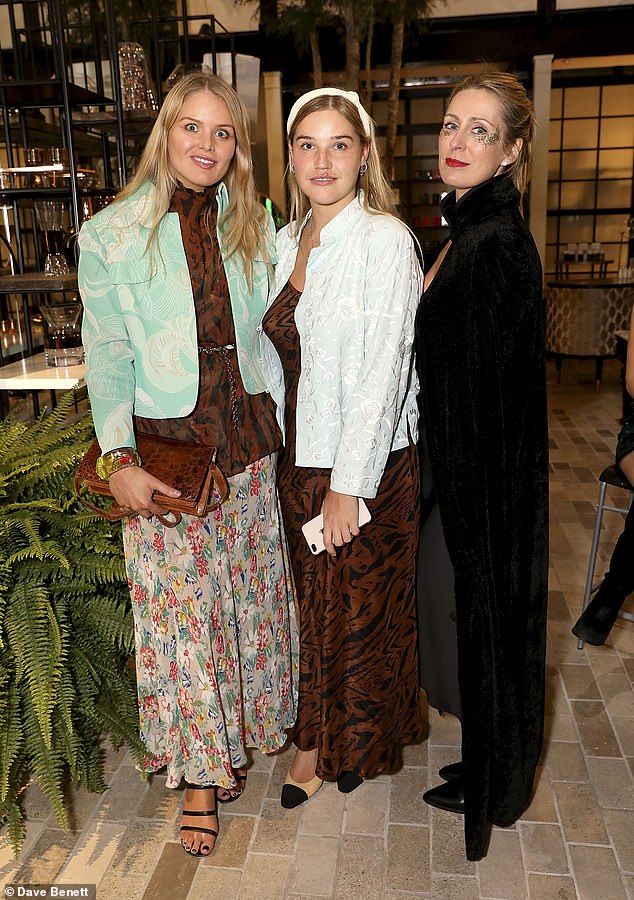 Rixo co-founders Orlagh McCloskey, left, and Henrietta Rix, centre, with Claire Miles at an event in London in November 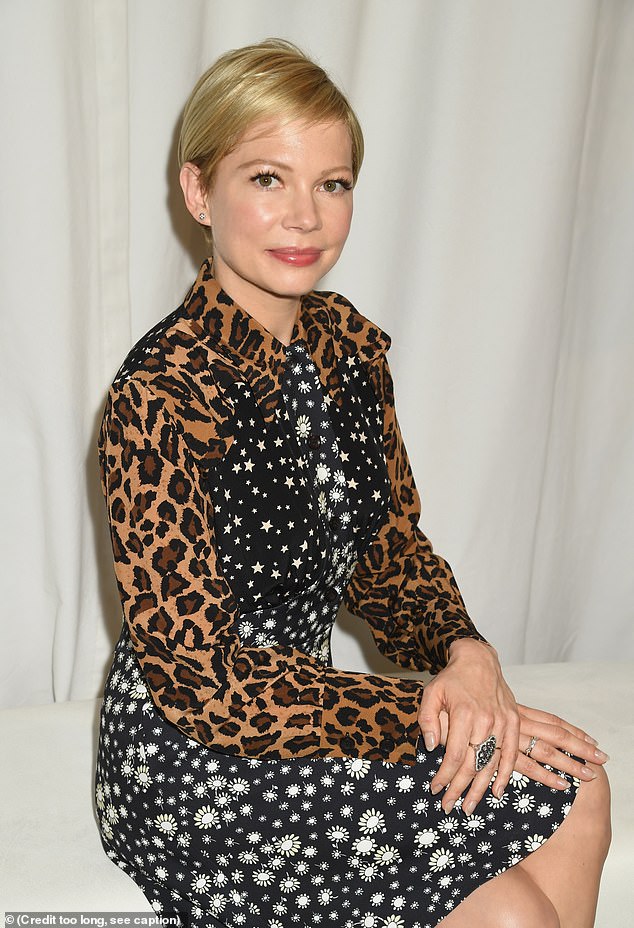 Henrietta and Orlagh started paying themselves a salary in 2017 and were still working out of their living room as recently in this time last year. Orlagh’s bedroom served as the stockroom.

‘I slept on the sofa for six months before we got [an] office,’ she said.

The pair, who still live together but in a different home, now have a staff, a London office and had a successful pop-up shop in Carnaby Street earlier this year.

Rixo is also regularly listed in the top five best-selling brands at Net-a-Porter, which stocks the feminine dresses and separates alongside established industry heavyweights like Chanel and Givenchy.

Despite their success, the women don’t live the flashy, fashion lifestyle that might be expected.

Henrietta said: ‘In our first year we wouldn’t even buy a coffee.’ Orlagh added: ‘I still feel guilty when we do.’