Ahead of her new memoir, ‘Chaos Theory,’ Leah McSweeney stopped in to chat with HL about the ‘RHONY’ shows coming to Bravo and if she’s returning to our screens.

On March 23, the future of The Real Housewives of New York City was revealed when Andy Cohen shared with Variety that producers decided to split the franchise into two shows: one reboot of the series with a brand new cast and one focusing on former stars. After fans spun into a flurry, wondering who might be asked back for the “legacy” series and who may lead the reboot, we at HollywoodLife wanted to touch on those details with Season 12 & 13 cast member Leah McSweeney.

While promoting her new book, Chaos Theory, which chronicles the magical “chaos” of her life growing up in the NYC club scene to starting her own business to joining RHONY, Leah spoke EXCLUSIVELY with HL on our Pay Attention Puh-Lease! podcast about her time on the show and what may come next.

HL: How did you learn the news about the show and what was your first reaction to it?

Leah: You know I knew about the news right before it came out, I think they kind of did that with all of us. I was kind of like, ‘What?’ and then I was like, ‘Okay…’ I was like, ‘What is that?’ I was confused. I don’t know, I just didn’t have many feelings about it. I’m kind of like, okay, I think it’s a good idea and I’m interested to see what that looks like. 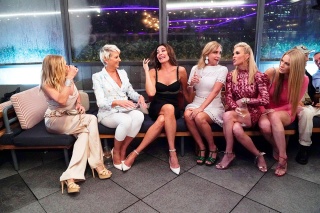 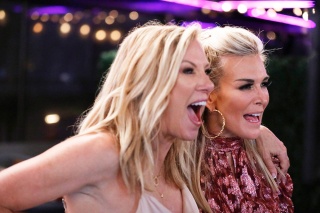 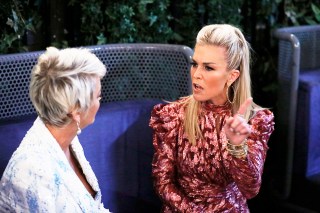 HL: I feel like you could almost star on either one if they decide to reboot with either you or Eboni [Williams] or both and some of your genuine friends or you could be on the legacy show. Have you been approached about either?

Leah: I mean I of course can’t divulge anything like that. Which show do you think I should be on?

HL: I feel like either or! But I like that you brought this downtown [vibe]. I really like being able to see that side of New York. I think you represent this different kind of shift I think a lot of viewers would really like to see.

HL: There was such a positive strong reaction when you came on last season. You were a huge fan favorite. I would love you to see continue with it so you could keep the lineage going in a way, so it’s still rebooted but you’re still there. However we can get you back we’ll take it!

HL: Who do you think should be a part of the legacy cast?

Leah: Well Dorinda [Medley]‘s gotta come back! I think Sonja Morgan, Luann de Lesseps, Ramona Singer, and then I want Dorinda to come because I wanna see her bite Ramona’s head off! I think Jill Zarin you have to bring back because … I feel so bad for her, it’s like she wants to be back so badly. It’s like please let this woman back on the show again! And also it’s like, let’s see what she’s made of. There’s Kelly Bensimon [too]. 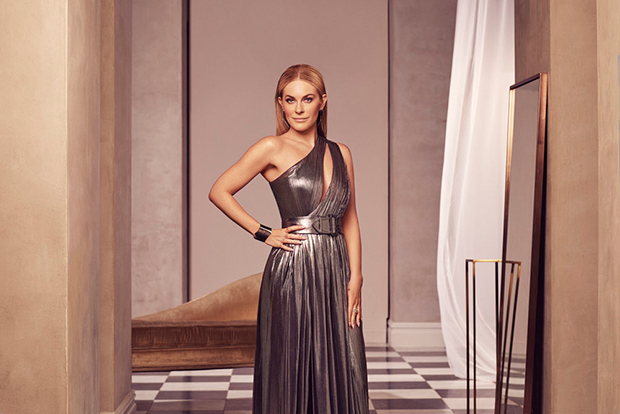 HL: I would like to see Bethenny [Frankel] back.

Leah: You know what that didn’t even come into my mind because I think it’s such a non-[thing] that I didn’t even think about it.

HL: Do you keep in touch with any of the RHONY women?

HL: Considering Tinsley, you guys had a good friendship on the show and obviously her and Scott broke up. Has she moved back to New York City, do you know if she’d be into coming back to one of the shows?

Leah: I don’t know, I can’t speak for her. [Laughs] You’re not gonna get too much out of me that I can’t say!