Kobe Bryant’s friends, colleagues and President Trump tweet their condolences to his family and remember the legend who was killed in a helicopter crash at the age of 41. FOX Business’ Ashley Webster with more.

A loved one of the pilot who was operating the helicopter that crashed and killed NBA legend Kobe Bryant, his daughter, and several others claimed in newly filed court papers that circumstances surrounding the fatal flight were “directly caused” by the passengers’ own behavior and their decision to fly on that day, TMZ reported Monday.

A representative of experienced pilot Ara George Zobayan made the statement in a response to Vanessa Bryant’s lawsuit against Zobayan and the flight company, Island Express, following the devastating Jan. 26 crash in Calabasas, California.

"Any injuries or damages to plaintiffs and/or their decedent were directly caused in full or in part by the negligence or fault of plaintiffs and/or their decedent, including their knowing and voluntary encounter with the risks involved, and that this negligence was a substantial factor in causing their purported damages, for which this answering defendant bears no responsibility,” the response states, in part, according to TMZ. 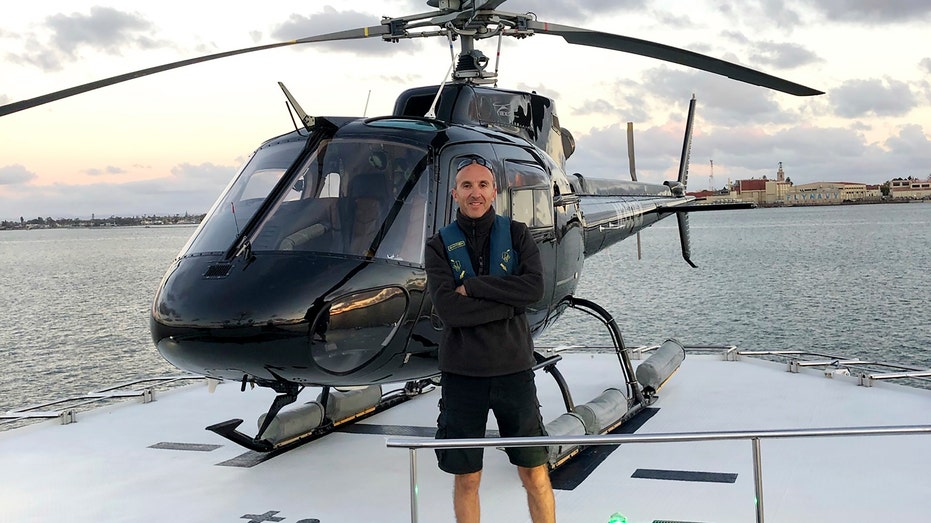 Helicopter pilot Ara Zobayan, who was at the controls of the helicopter that crashed in Southern California, Sunday, Jan. 26, 2020. (Group 3 Aviation via AP)

Zoboyan was one of the nine people who died in the fiery crash, in addition to Kobe and 13-year-old Gianna Bryant. The other victims were identified as: John Altobelli, 56, longtime head coach of Southern California's Orange Coast College baseball team; his wife, Keri; and daughter, Alyssa, who played on the same basketball team as Bryant's daughter; Sarah Chester and her daughter, Payton; and Christina Mauser, a girls' basketball coach at a Southern California elementary school.

The group had boarded the Sikorsky S-76B around 10 a.m. and was heading to Camarillo Airport in Ventura County from John Wayne Airport in Orange County. They were on their way to Bryant’s Mamba Sports Academy, a youth sports center in Thousand Oaks, California, where the retired NBA star was to coach a basketball tournament there and his daughter was supposed to play.

According to TMZ, Zoboyan was flying at approximately 184 miles-per-hour in “blinding fog” when the chopper crashed.

An initial National Transportation Safety Board report said there were no signs of engine failure from the wreckage recovered. Zobayan had nearly navigated the helicopter out of blinding clouds when the aircraft suddenly turned and plunged into the mountainside.

WHO IS VANESSA BRYANT?

Vanessa Bryant sued Zoboyan and the helicopter company just shy of one month later, claiming in the wrongful death complaint that Zoboyan was careless and negligent by flying in cloudy conditions and should have aborted the flight.

Other area law enforcement, including Los Angeles Police Department, had reportedly grounded their aircraft because of the weather.

About two months later, family members of four passengers killed in the crash joined Bryant in filing wrongful death lawsuits against the companies that owned and operated the aircraft.

Reps for Vanessa Bryant did not immediately respond to FOX Business' request for comment.