More than a decade after a stake was driven into the world's most famous vampire romance, readers are getting ready to sink their teeth into the Twilight zone once again.

Midnight Sun, the highly-anticipated prequel in Stephenie Meyer's bestselling paranormal series, will hit bookshelves on Wednesday. But has the multi-billion dollar Twilight franchise been sucked dry? 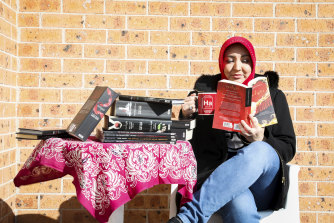 Louise Sherwin-Stark, chief executive of publishing company Hachette Australia, said early signs are that readers haven't lost their taste. She said pre-orders for the companion novel, and the first in the Twilight universe since 2008, suggest it will "chart very well" and she hopes it will claim the number one spot on local weekly sales lists.

Ms Meyer, whose debut Twilight was released in 2005, has sold more than 4.65 million books in Australia across all editions and formats, not including e-books or audio. Globally, she's sold more than more 100,000 million Twilight books and the first print run for Midnight Sun will see 750,000 copies published.

"Many of the big books for this year have been moved out of the last few months due to COVID and delayed until later this year or even next year. Even without this title movement, a book from Stephenie Meyer would always be one of the biggest releases of the year," Ms Sherwin-Stark said.

Booktopia's children's and young adult category manager Sarah McDuling said the online retailer had pre-sold nearly 3000 copies of Midnight Sun, "far outstripping" the sales for The Ballad of Songbirds and Snakes, the prequel in Suzanne Collins's Hunger Games series released in May.

Midnight Sun is narrated by moody and broody "vegetarian" vampire Edward Cullen, whose love affair with the lip-biting, breathy-sigher Bella Swan provokes an existential crisis for both that dominates the four novels in the Twilight series. The books were transformed into five record-breaking movies, starring Kristen Stewart and Robert Pattinson.

Ms Meyer had originally abandoned writing the prequel after a rough draft of it was leaked online in 2008, saying it was "a huge violation of my rights as an author, not to mention me as a human being". 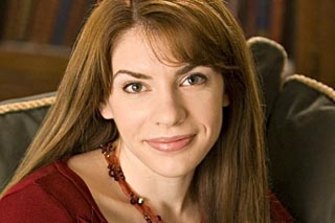 Twihard Annie McCann is one reader who still has Bella and Edward in her blood. Ms McCann said she was "obsessed and addicted" when she first read the series more than a decade ago and she started a blog Read3r’z Re-Vu to provide a forum for Twilight chat. While her taste has moved away from paranormal fiction, Ms McCann said she is keen to delve back into the fantasy and has organised a Midnight Sun bookclub.

"I am really keen to see whether or not Stephenie Meyer has grown as an author, how differently she writes and the different perspective," Ms McCann, 34, said. "It's so nice to look forward to. Given the state of the world, I think tapping into an old fandom is exactly what we need right now." 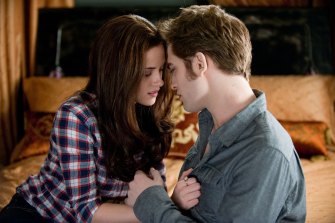 Oof. Human Kristen Stewart and her vampire crush Robert Pattinson in a scene from The Twilight Saga: Eclipse.Credit:AP

But not all Australian booksellers are convinced of Meyer's immortality. Bricks-and-mortar bookstores, including Melbourne's Readings and Sydney's Kinokuniya, haven't placed huge orders or experienced significant pre-orders for Midnight Sun, although that could be down to reduced foot traffic and the absence of launch events due to the pandemic.

"I’m not expecting Midnight Sun to reach the same heights as the earlier books in the series, though I did increase my initial order as I heard the internet buzz intensify," said Kinokuniya's English books division manager Allyx Lathrope.

"It’ll certainly be interesting to see if those teens who read Twilight and are now grown-ups will come back to Edward and Bella."

Readings managing director Mark Rubbo said Melbourne's lockdown had made it hard to gauge sales with the bookshop's overall business down by almost half.

"Once it comes out it will get massive publicity and that will generate the interest. It always does with these kinds of books," Mr Rubbo said.

Ms McCann has fond memories of staying up all night to read the last Twilight novel, Breaking Dawn, and longs to recapture a little of the magic again.

"I remember my heart beating a lot…I remember being on the edge of my seat. I hope I can have the same experience as I did before."

The most important news, analysis and insights delivered to your inbox at the start and end of each day. Sign up to The Sydney Morning Herald’s newsletter here, to The Age’s newsletter here and Brisbane Times‘ here.