COIN collectors have been flogging what appear to be rare £2 Shakespeare error coins for up to £230 on eBay.

Three Shakespeare £2 coins dubbed Tragedies, Comedies, and Histories were issued by the Royal Mint in 2016 to mark the 400th anniversary of the death of Britain's famous playwright. 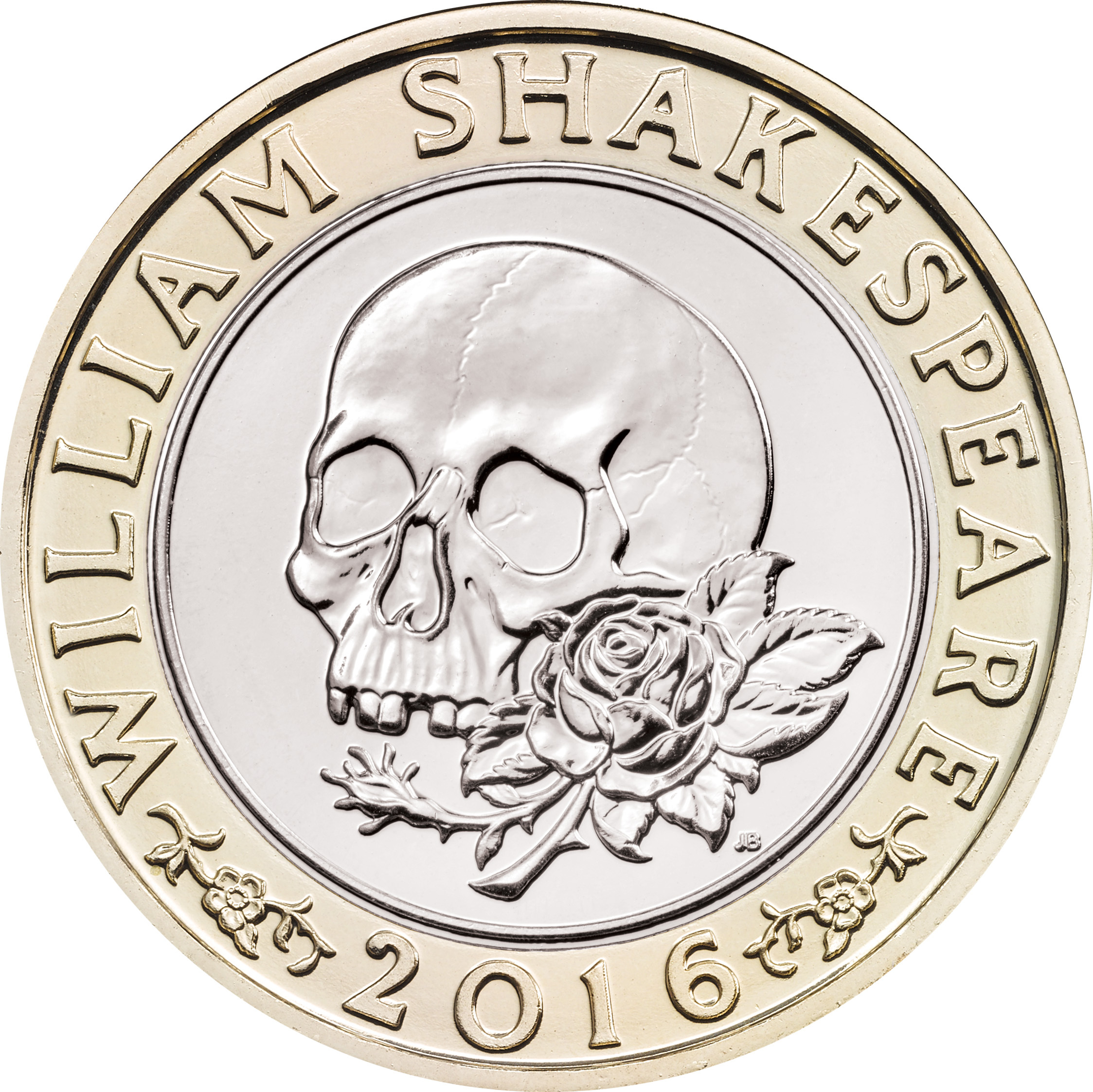 The coin with the error on it is the Tragedies £2, which features a skull and rose motif in a nod to William Shakespeare's works on tragic love affairs.

It should have "WHAT A PIECE OF WORK IS MAN" inscribed on the side of the coin, which is a line from Hamlet, but coin collectors have noticed some have the wrong inscription.

They instead read "FOR KING AND COUNTRY", which is the phrase that's supposed to be on the Royal Mint's First World War £2 issued in 2016 to commemorate the role of the army in WWI.

Coin expert Colin Bellamy of the Coin Hunter website first alerted The Sun to the error. 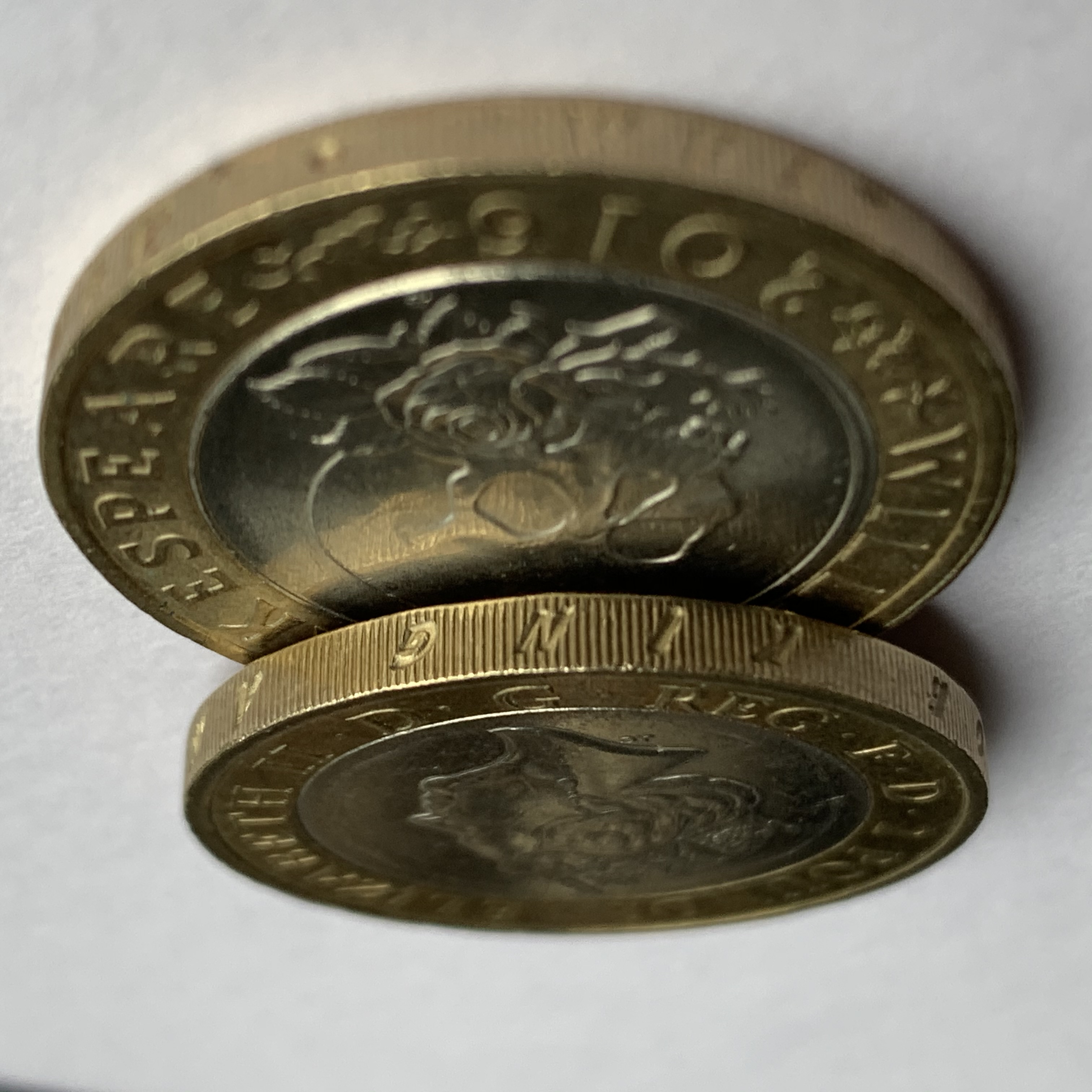 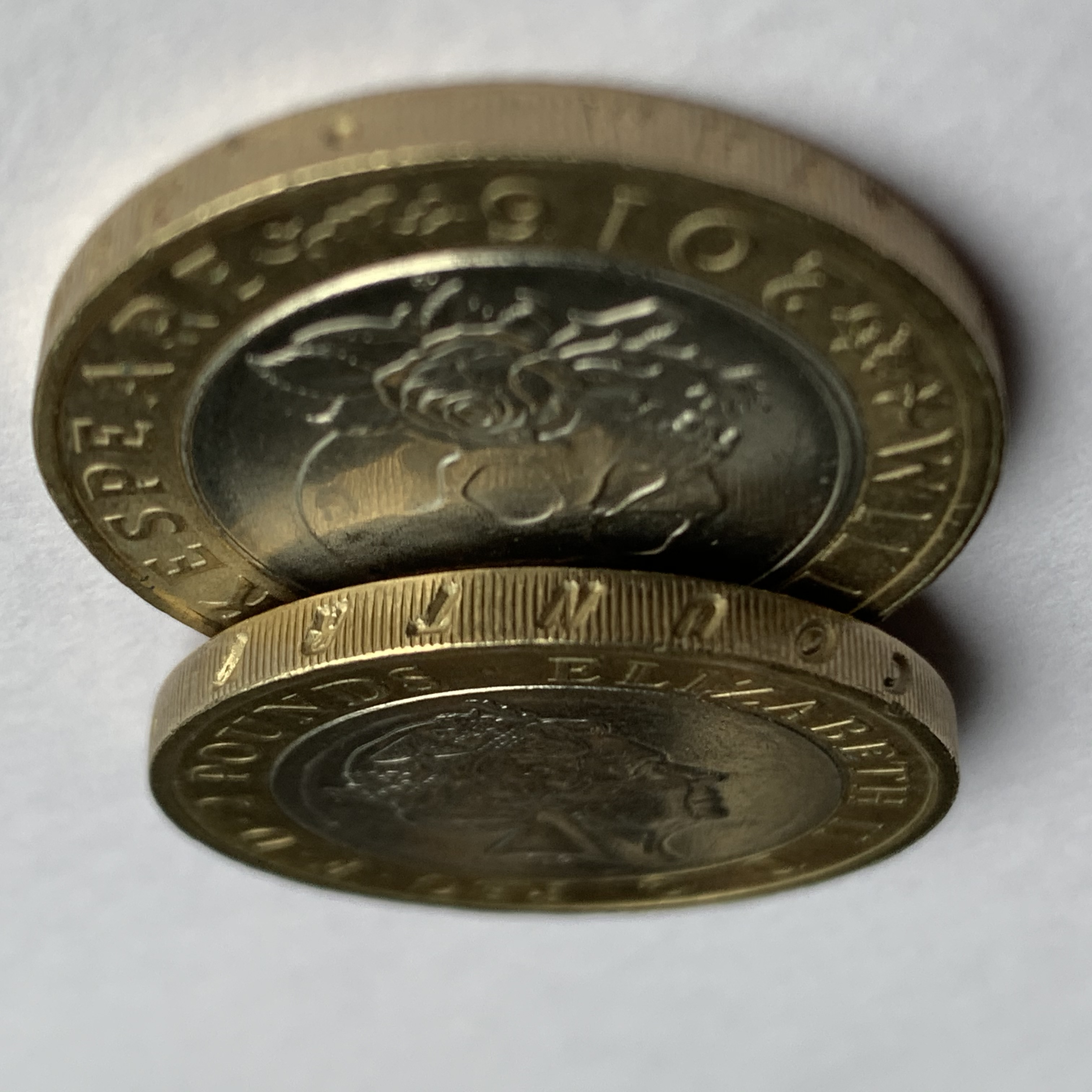 The Sun has contacted the Royal Mint to ask if this is a known issue and how many error versions may be out there and we'll update this story as soon as we get a response.

It's unclear if the First World War £2 wrongly contains the quote from Hamlet on its inscription.

To date, 4,615,000 of the Tragedies coins have gone into circulation so there's a strong chance you may may find one in your spare change.

RARE and valuable coins can go for a hefty sum – but how do you know if your coin is the result of a genuine minting error?

The best way to find out if you have an error coin is to send it to the Royal Mint museum, which will analyse it and see if it is a result of a genuine minting error or not.

It'll normally take a couple of weeks to get the results back to you.

But remember, there's a difference between a genuine error coin and one that is just imperfect, for example with a design that is not as clear as you'd expect.

And whatever you do, don't be tempted to splash your cash without evidence from the Mint confirming that it's a genuine error.

Given we don't know how many coins with the error on are out there it's impossible to say how much the coin could be worth; plus a coin is only as valuable as a collector is willing to pay.

The dangers of selling your coins on eBay

THE most valuable coins are usually those that have low mintage numbers or those with an error.

These are often deemed the most valuable by collectors.

Once you’ve found out whether the coin is real or not, you have a number of options – either selling it through a coin dealer, at auction or on eBay.

Sell it at auction

If you’ve got a coin that you would like to sell at auction then you can contact a member of the British Numismatic Trade Association.

They usually deal in very old coins but they may be able to help you assess whether it’s worth selling your coin at auction or whether it would be valuable to a collector.

Sell it on eBay

If you want to sell the coin you’ve found in your spare change on eBay then you need to know the risks.

Remember to set a minimum price that is higher or at the very least equal to the face value of the coin.

Even if your coin “sells” on eBay for a high price there’s no guarantee that the buyer will cough up.

In its terms and conditions, the auction website states that bidders enter a “legally binding contract to purchase an item”, but there’s no way to enforce this rule in reality.

The most eBay can do is add a note to the buyer's account about the unpaid item or remove their ability to bid and buy.

This is because in order to sign up to the website, users do not need to put in valid bank or PayPal details before making a bid.

If a bidder refuses to pay, then the only option for sellers is to give “second chance offers” to other bidders or relist the item.

For items of a high value, eBay recommends that sellers put a limit on their listing to approve bidders.

It means bidders must email you before placing a bid but NOT that they must pay out the cash if they win.

The condition of the coin is also likely to have an impact, with collectors preferring those without scratches and signs of wear and tear.

The confirmed error coin was struck with an older design featuring waves of water running over the swimmer's face.

See our round-up of the most valuable and rare error coins in circulation.