Meghan Markle: I was ‘reduced to a bimbo’ while on ‘Deal or No Deal’

Meghan Markle’s #tiaragate is in the news yet again.

While the Duchess of Sussex, 41, wore a stunning diamond headpiece for her wedding to Prince Harry in 2018, rumors have swirled through the years that Queen Mary’s Diamond Bandeau was not, in fact, her first choice — and Queen Elizabeth II had to nix her preferred sparkler in order to prevent controversy.

In the book “Battle of Brothers,” royal biographer Robert Lacey wrote that Markle’s selection had “scandal attached,” per the Express.

“Unconfirmed by the palace — but not denied — we were told that the Queen felt that she had to say ‘no’ to Meghan’s first choice,” the author said.

The tiara in question was “a beautiful emerald headdress that was said ‘to have come from Russia.’” 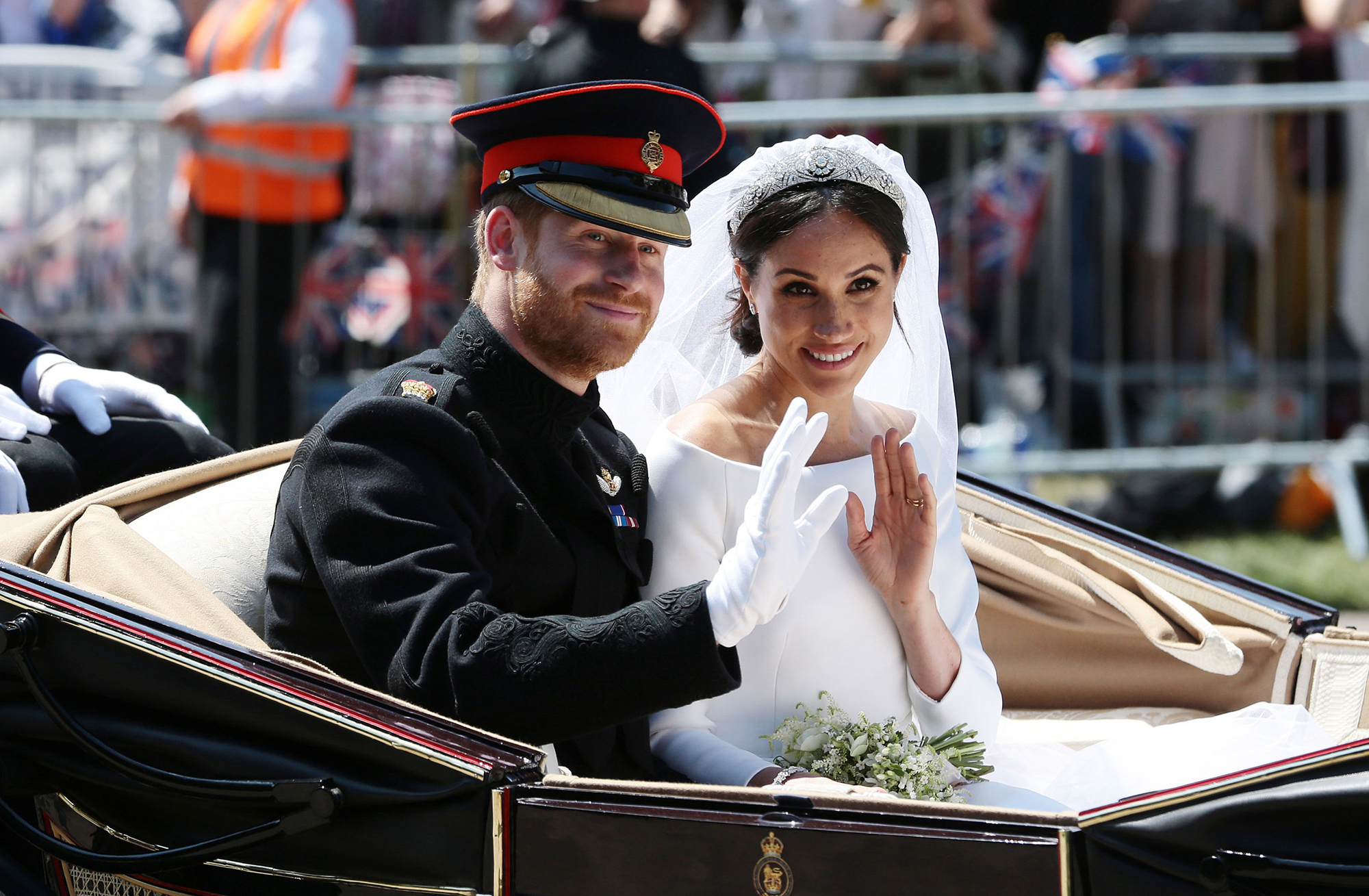 Adding that “this was code for a sensitive origin,” the author said the mystery tiara “was one of those that had found its way into Windsor hands through ‘undefined’ not to say dodgy channels — and for an undisclosed price — in the aftermath of the Russian Revolution.”

In 1918, the entire Russian Imperial Family — including Tsar Nicholas II, the lookalike cousin of England’s King George V — was murdered, and some of the jewels from the Romanovs eventually made their way to the UK.

“There was scandal attached,” Lacey said of the unknown Russian piece, continuing in the book that media speculation “about which Tsarist princess had worn the tiara and how she had been assassinated” wouldn’t have put the palace or Meghan in a positive light. 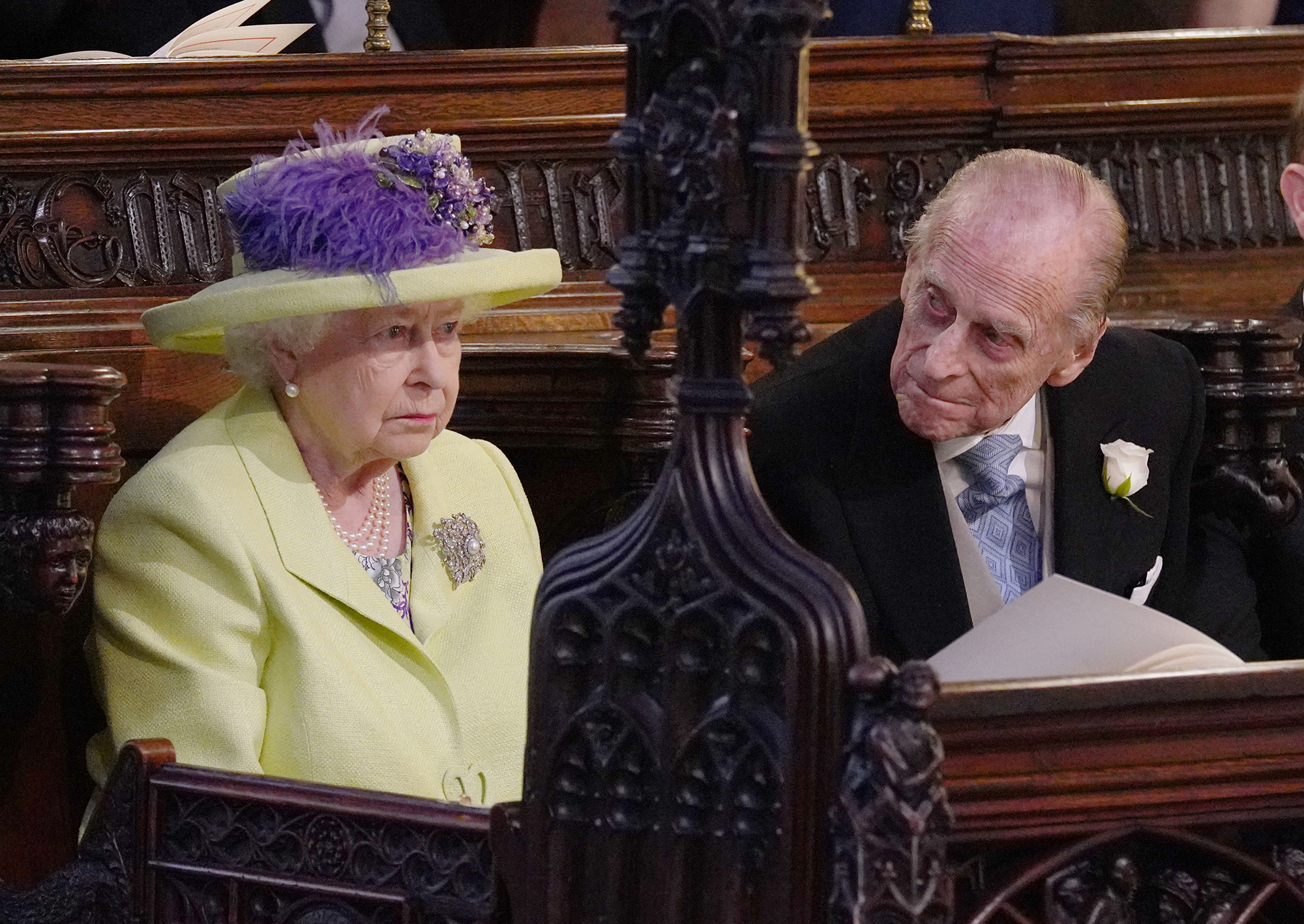 Queen Elizabeth II and Prince Philip pictured at the royal wedding in 2018. 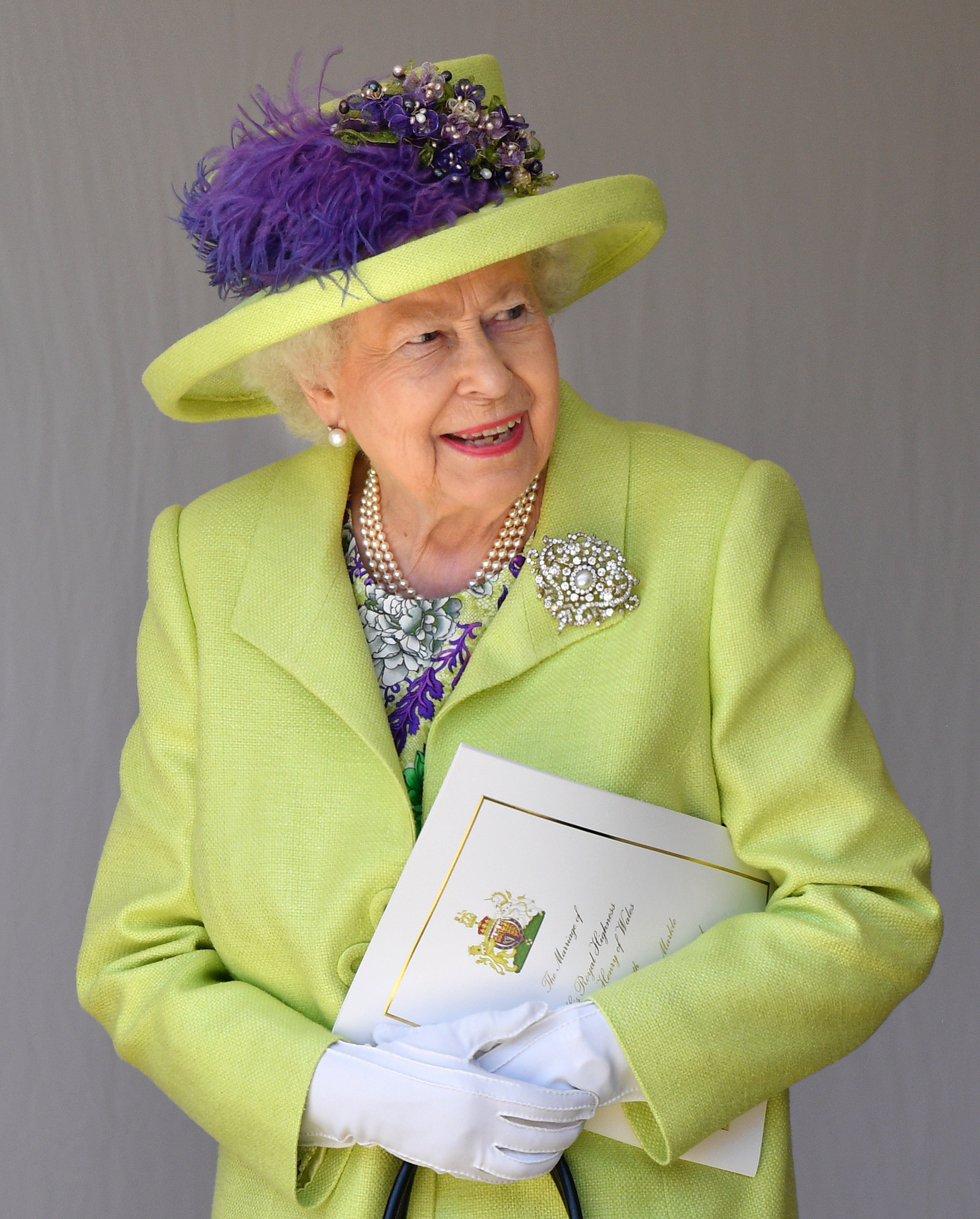 The Queen smiled outside St. George’s Chapel in Windsor on her grandson’s wedding day. 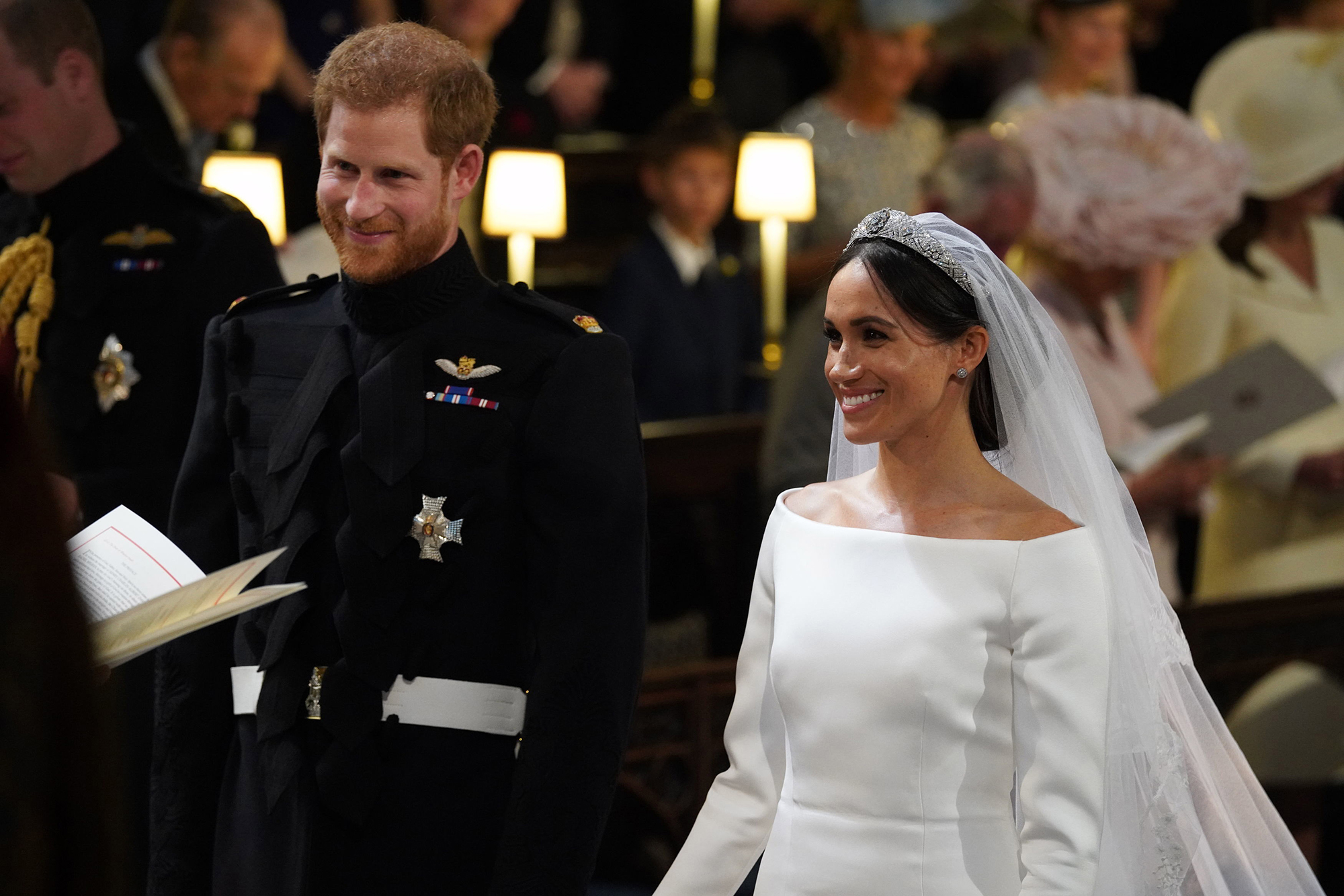 The couple beamed at the altar. 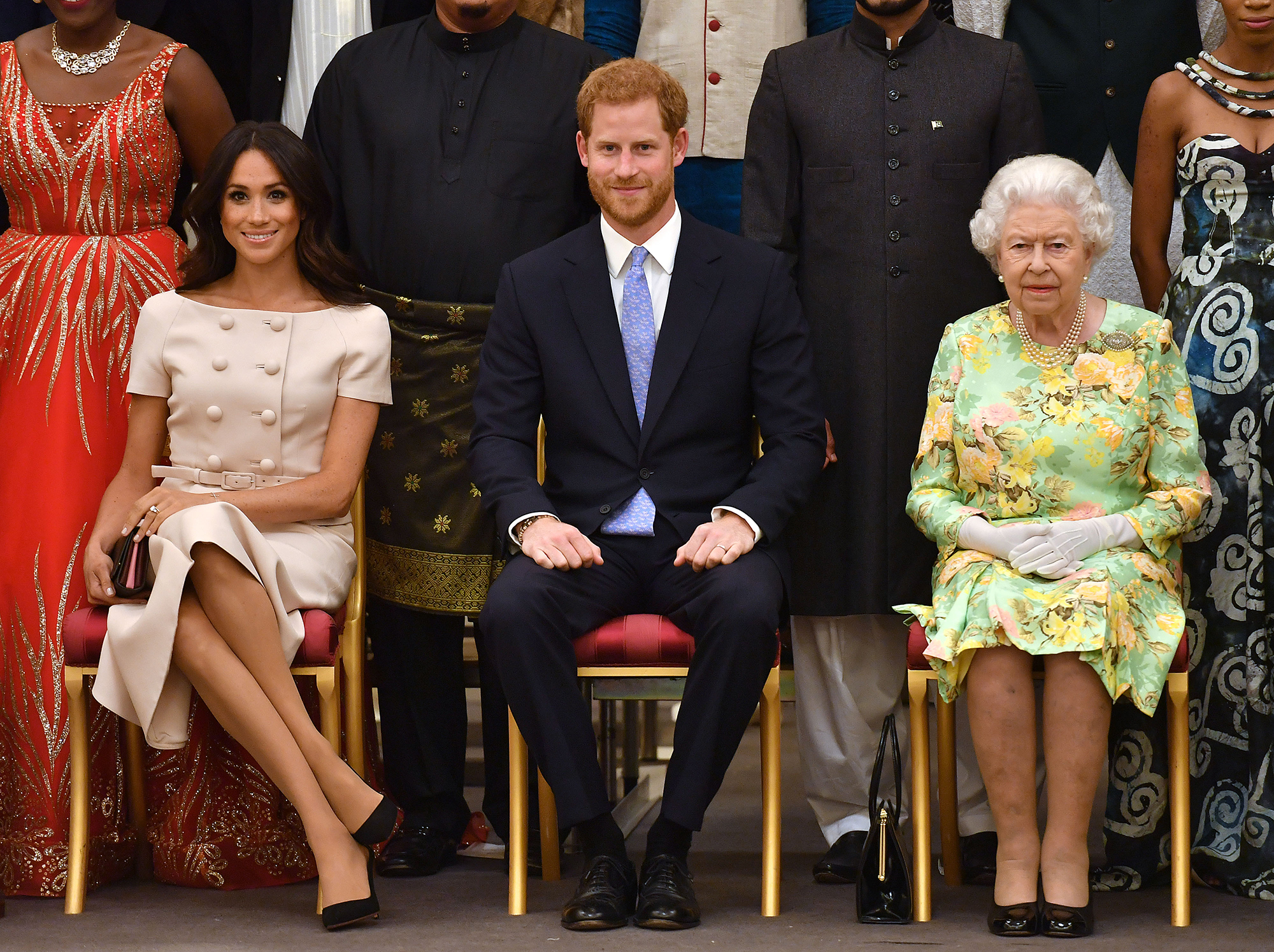 The trio attended a Queen’s Young Leaders Awards event a month after the royal wedding. 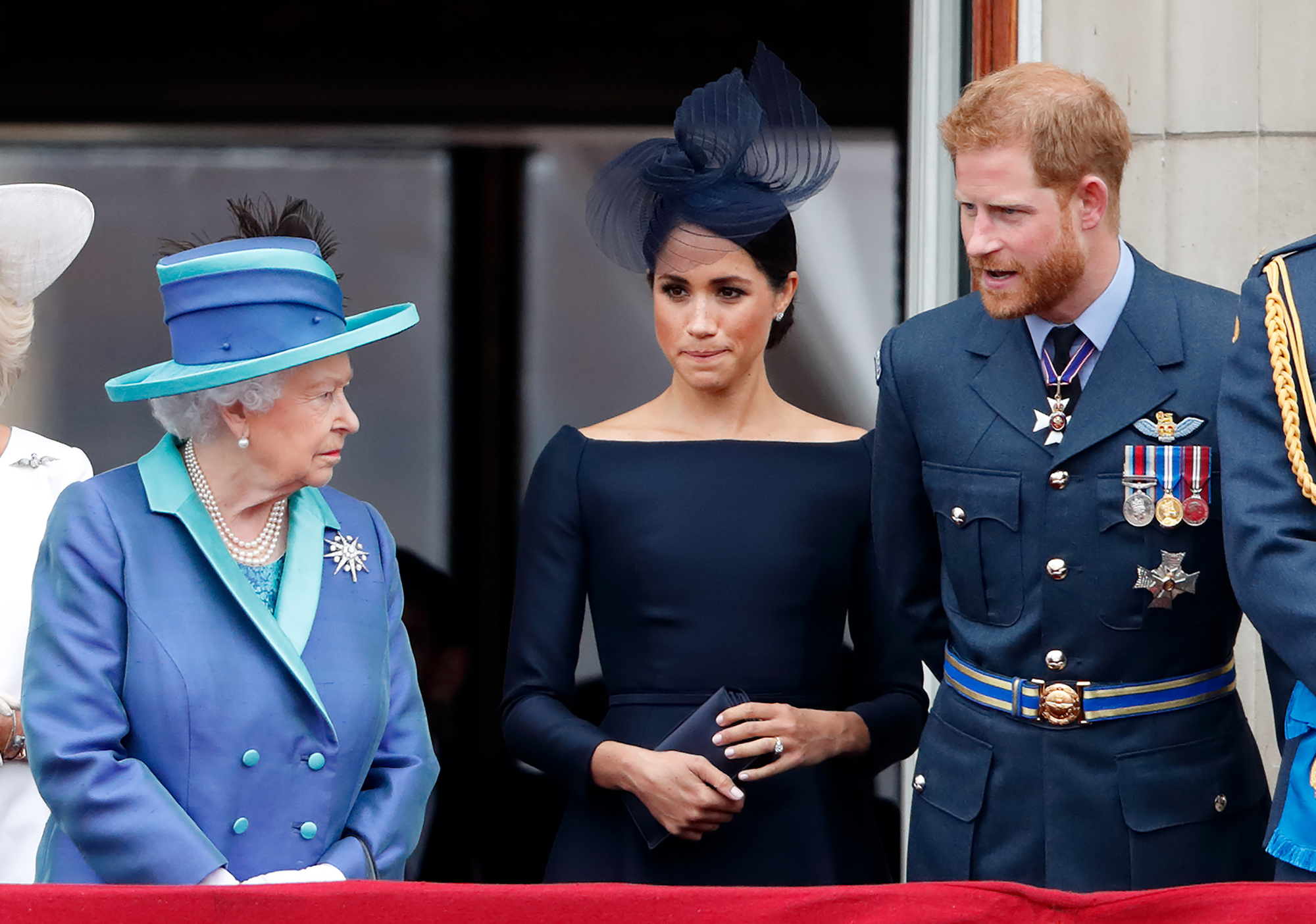 Queen Elizabeth chatted with the pair on the Buckingham Palace balcony during a Royal Air Force event.