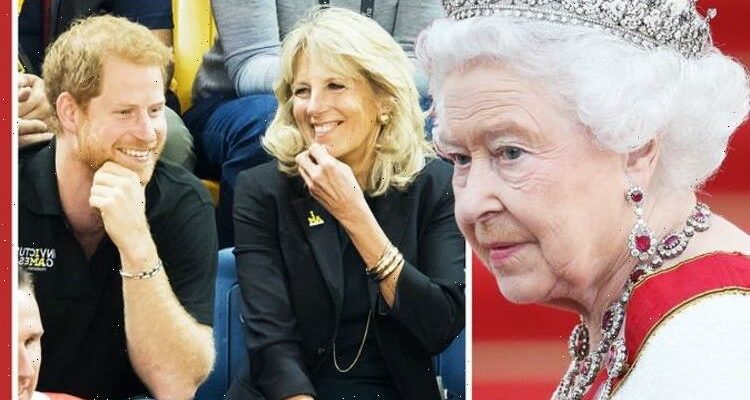 Prince Harry announces The Invictus Games is going to Germany

US President Joe Biden and his wife First Lady Jill Biden are due to meet Queen Elizabeth II, 95, at Windsor Castle on Sunday. A body language expert has claimed Jill’s “maternal” relationship with Prince Harry, 36, with whom she has been on good terms for years, could make her the perfect person to help ease tensions between the Sussexes and the Royal Household.

Looking ahead to the historic meeting, body language expert and author Judi James told Express.co.uk: “As her husband arrives in the UK to try and influence a resolution over what is being called ‘Sausage wars’ might Joe Biden’s wife Jill not be the perfect person to broker a truce in our Royal Family?

“Jill has been friends with Harry for a long time and her body language has often looked maternal.

“Meeting with the Queen on Sunday she will be able to see first-hand and be hosted by the woman we in the UK can see here.”

Harry and Jill have been friends since they first met in May 2012 at a reception for US and British wounded warriors at the British Ambassador’s Residence in Washington. 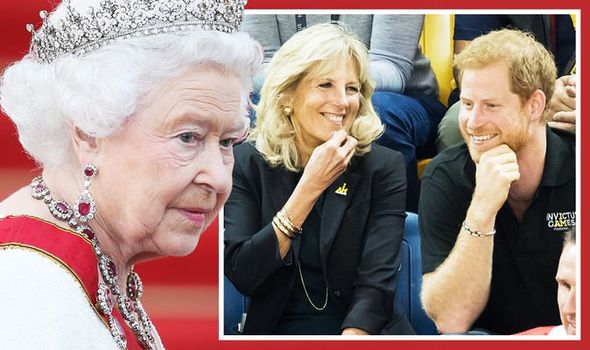 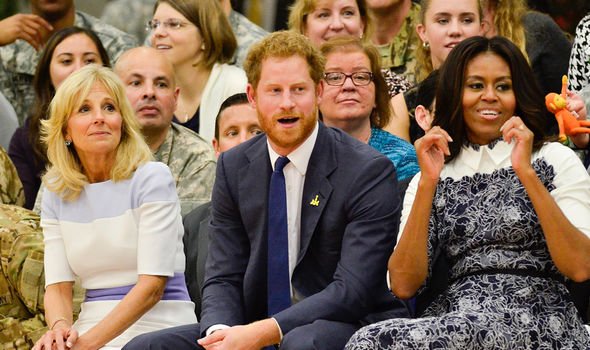 The Queen has a very busy weekend ahead as she is due to attend her official birthday celebrations at Windsor Castle on Saturday.

The pared-back Trooping the Colour parade will take place the day before the Queen’s historic meeting with the US president and his wife.

On Thursday, June 10 the Royal family commemorated the late Duke of Edinburgh on what would have been his 100th birthday.

The Palace shared new pictures of the Queen as she was gifted a special rose to honour her late husband at Windsor last week. 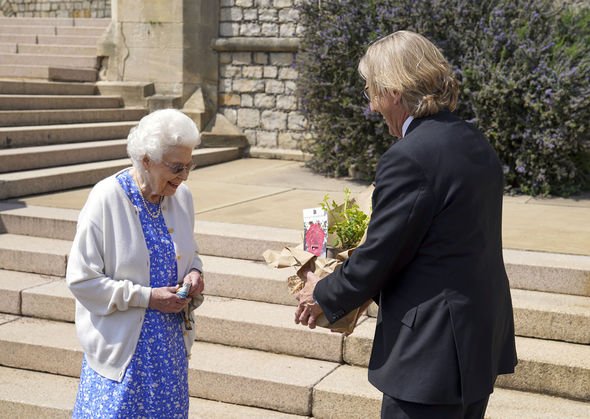 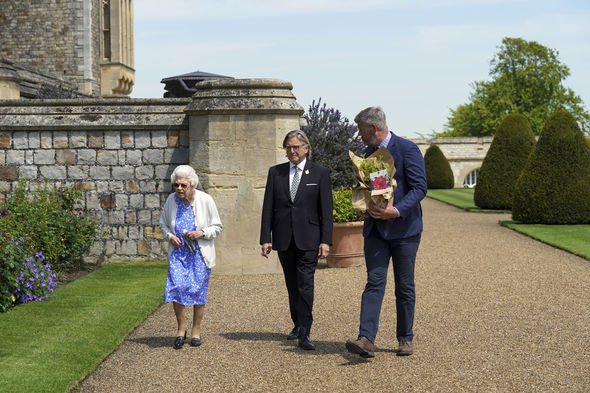 Sharing the new photos on Twitter, the Palace wrote: “Last week, The Queen was given a Duke of Edinburgh rose to mark what would have been The Duke’s 100th birthday.

“The rose was gifted by @The_RHS, of which The Queen is Patron.

“Named in The Duke’s memory, the rose is planted in the East Terrace Garden, Windsor Castle.”

Judi analysed the laidback pictures and claimed the Queen looked “sweetly like many other grans” as she planted the flower in her husband’s honour.

Harry and Meghan in ‘open disagreement’ with Palace – expert claims [EXCLUSIVE]
Harry and Meghan baby girl exempt from royal rule to affect Archie [INSIGHT]
Royal baby news 2021: When will Queen get to meet them? [PICTURES]

Judi said: “Behind all the pomp, formality and royal status-symbols this is still a woman of ninety-five who looks sweetly like many other grans when she is in a simple floral dress and cardigan like this, smiling bravely as she plants a rose on her late husband’s 100th birthday.”

The Queen’s “brave smile” is typical of the stoic monarch, Judi said.

The expert added: “It’s the way that the Queen is still working and still wearing her brave smile with no signals of self-pity that makes body language displays like this so poignant.”

Tensions between the Firm and the Sussexes have been running high ever since the couple’s bombshell interview with Oprah Winfrey aired in March. 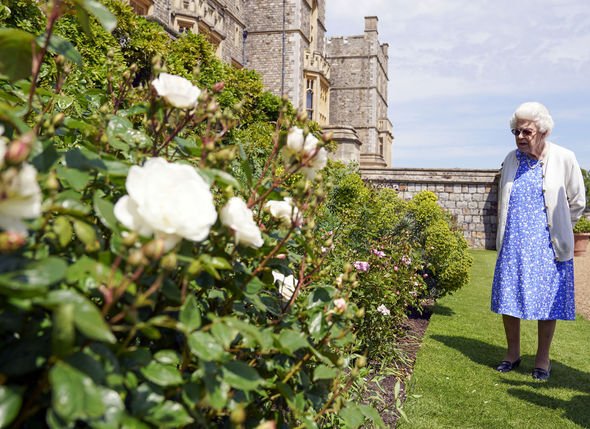 She added: “There are very few families that don’t have dramas and rifts at some time but there often comes a point where perceptions of who is right and who is wrong get swapped for gritted teeth and displays of rapport for the sake of other relatives.

“The Queen now has to work through the final years of her reign alone.”

The Queen is putting on a brave display despite the ongoing family rift, Judi claimed.

She concluded: “Her body language here illustrates her ongoing stoicism but surely she deserves the emotional support of a drama-free family that at least appears to be putting on a show of unity and equilibrium?”