Prince Harry and Meghan Markle didn’t get the royal treatment when they dined at Italian restaurant Locanda Verde in Tribeca on Monday night.

“There was lots and lots of security all throughout the restaurant, but they weren’t in [a] private room,” a source exclusively told Page Six on Tuesday, adding that they were “seated in the middle of the busy restaurant.”

We’re told that other patrons dining at the NYC hotspot that evening were told by the Sussexes’ security team that they would be “asked to leave” if they tried to snap any photos of the royal pair.

But the Duke and Duchess of Sussex didn’t seem to mind interacting with the other diners and Markle even approached a person celebrating their birthday at a nearby table.

“There was a random birthday celebration at the table next to theirs,” the source recalled. “Meghan went up to them with Harry and said, ‘I wish you the happiest birthday,’ to the table next to her. They were all dumbfounded and just said, ‘Thank you so much.’” 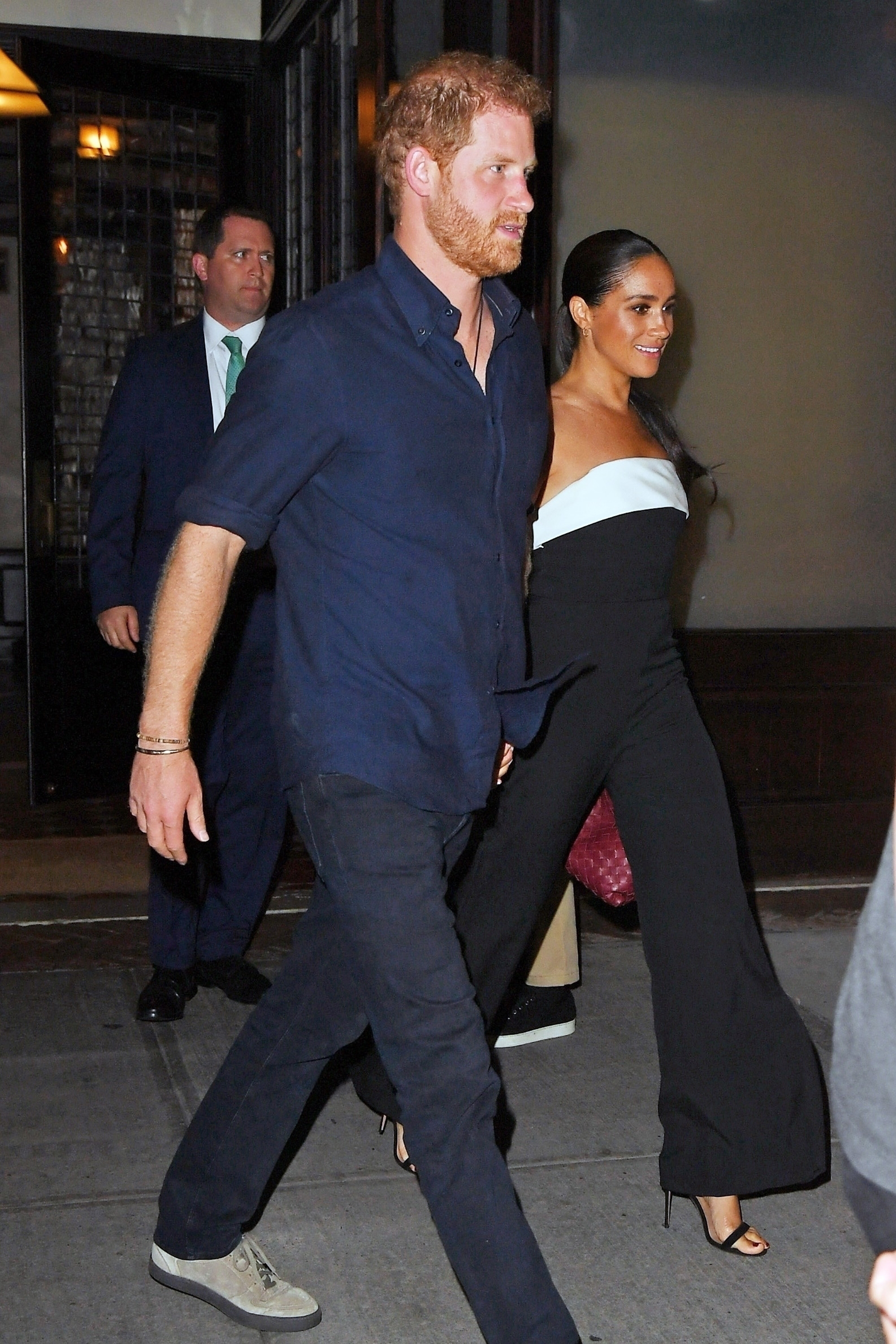 We hear the former “Suits” star “looked good” with her hair pulled back and that she and Harry enjoyed their meal with four other people at their table.

Markle, 40, was photographed wearing a chic black and white jumpsuit that sparked comparisons to a similar outfit Kate Middleton once wore. Meanwhile, Harry, 37, dressed casually in jeans and a blue button-down shirt with the sleeves rolled up. 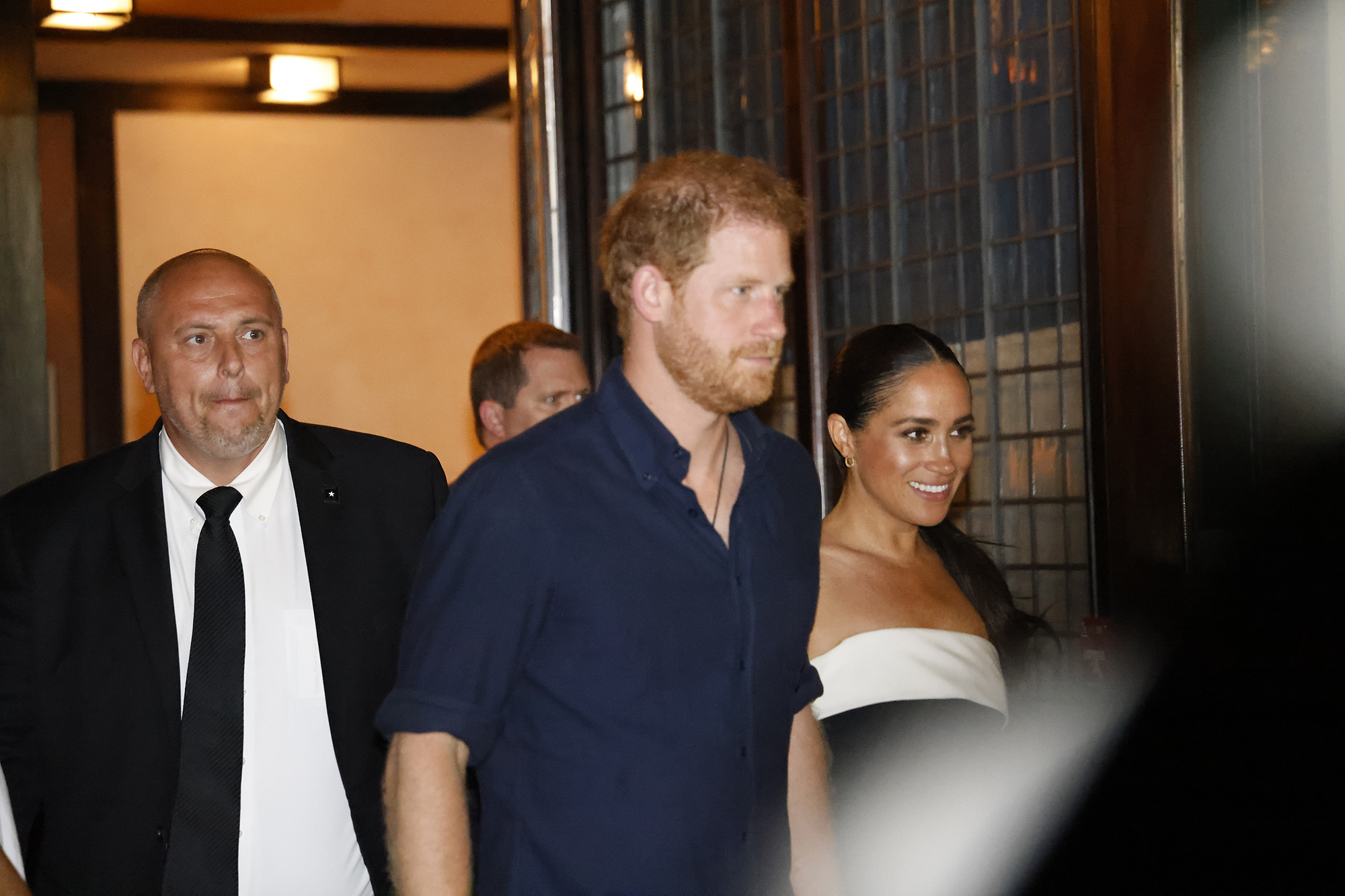 The duo was seen leaving Andrew Carmellini’s eatery walking hand-in-hand, with Markle flashing a big grin for the paparazzi, though Harry had a more serious expression on his face as they raced to their car.

Earlier in the day, Markle and Harry paid a visit to the United Nations headquarters to celebrate Nelson Mandela Day.

Harry delivered a keynote speech during their appearance in which he reflected on the moment he realized Markle was his soulmate. 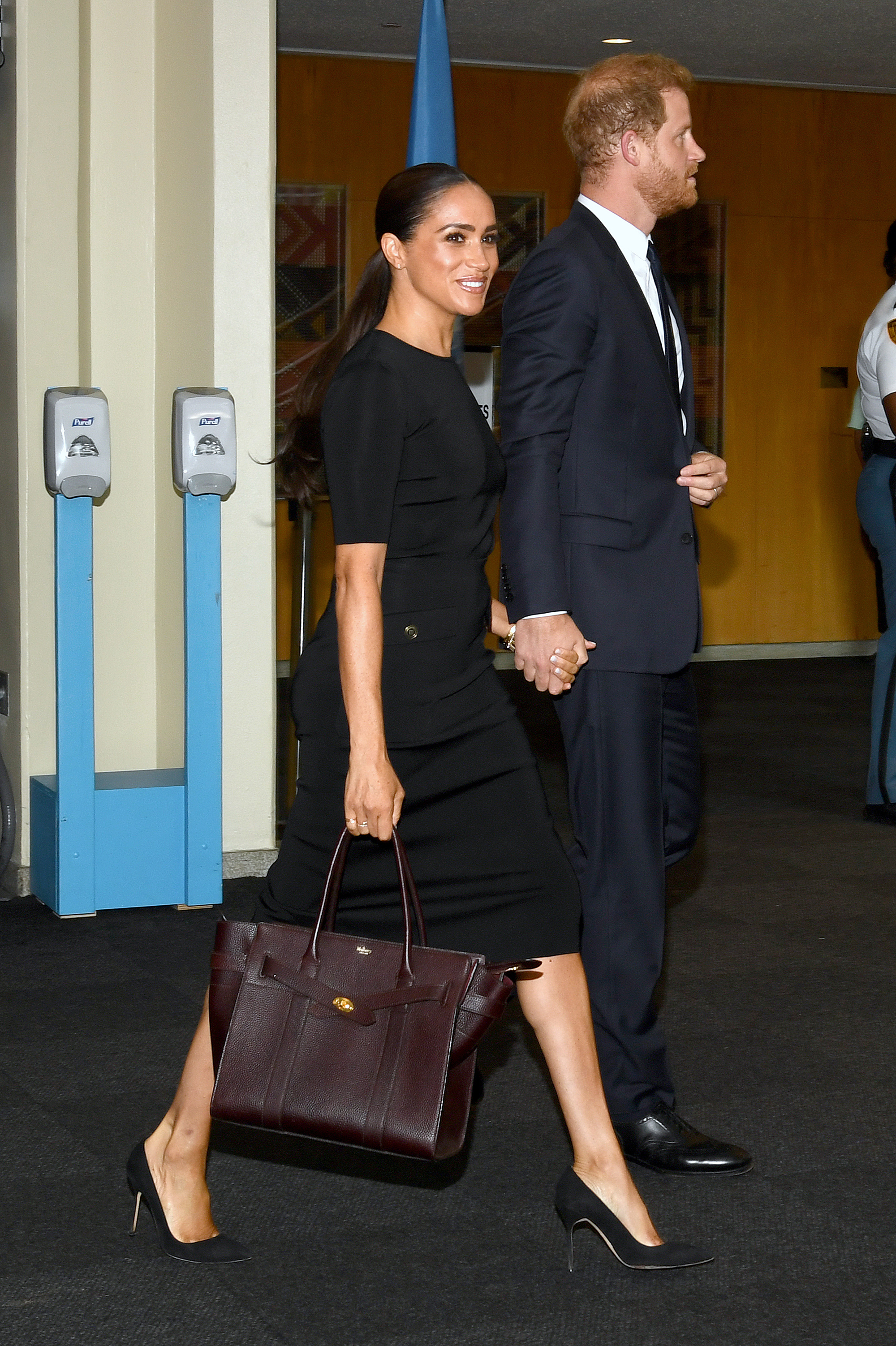 “Since I first visited Africa at 13 years old, I’ve always found hope on the continent,” he shared, calling it his “lifeline” where he’s “found peace and healing time and time again.”

“It’s where I felt closest to my mother and sought solace after she died,” he said, adding, “and where I knew I’d found a soulmate in my wife.”

Markle and Harry — who quit the royal family in 2020 and moved to Montecito, Calif., where they reside with their two kids, Archie, 3, and 1-year-old Lilibet — got married in May 2018.

A rep for the restaurant did not immediately respond to Page Six’s request for comment.