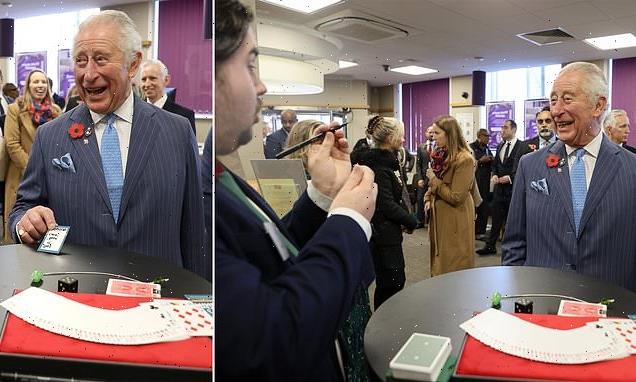 A royal jester! Prince Charles is left in hysterics after a magician performs a trick to ‘read his mind’ during a visit to meet young entrepreneurs in Brixton

The Prince of Wales gamely allowed a young entrepreneur to read his mind yesterday.

Prince Charles looked slightly nervous at first but soon entered into the spirit of things when Chris Wall, also known by his stage name, ‘Chris Reads Minds’, asked him to think of a name, number and colour.

The prince chose blue and the number 12 – but struggled to think of a name.

Charles eventually laughed and said the name of his eldest grandchild: ‘George!’ 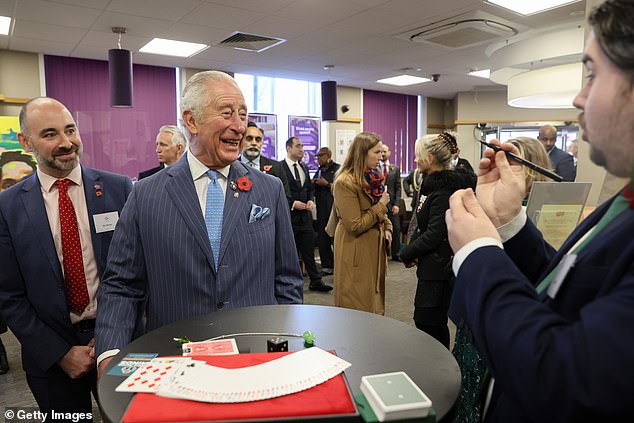 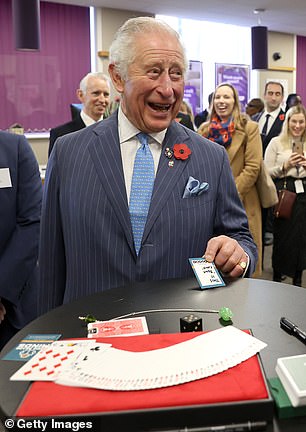 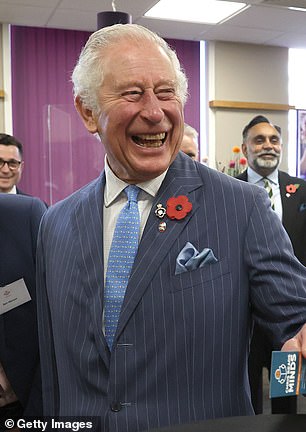 The Prince Of Wales (pictured) was asked for a name, number and colour, by Chris who promptly wrote down a prediction

He told the future king he ‘could be wrong, I’ve been wrong before’, but assured him there was ‘something for you in my wallet’ if he got it wrong.

‘So we have cash, an NUS card which gets you a free McFlurry and contactless debit card which you can get up to £100 now,’ he said, prompting the prince to chuckle.

He then got the prince to name a playing card. The royal chose the ace of clubs. 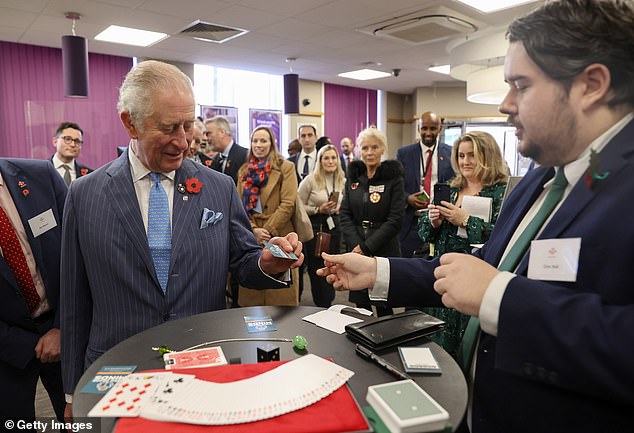 ‘Would you be impressed if you turned over this card and it was your card?’ Mr Wall asked.

Charles duly did so and read out what was on the back: ‘This is your card.’

Charles laughed, but the joke wasn’t over and Mr Wall reached inside his wallet and pulled out a sealed envelope with one of his business cards and ‘blue’, ’12’ and ‘George’ written on the back.

‘You can keep that as a momento of our time together,’ he said as Charles looked on in admiration. 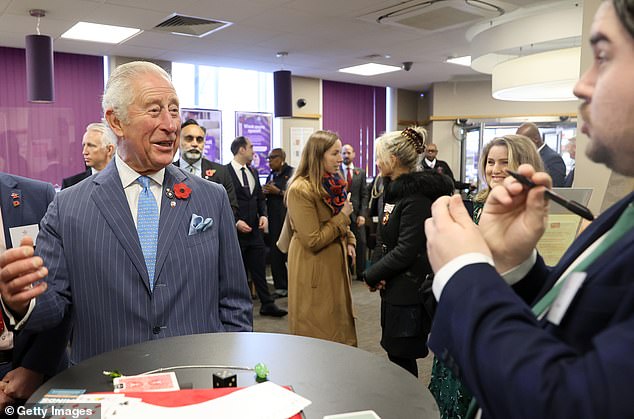 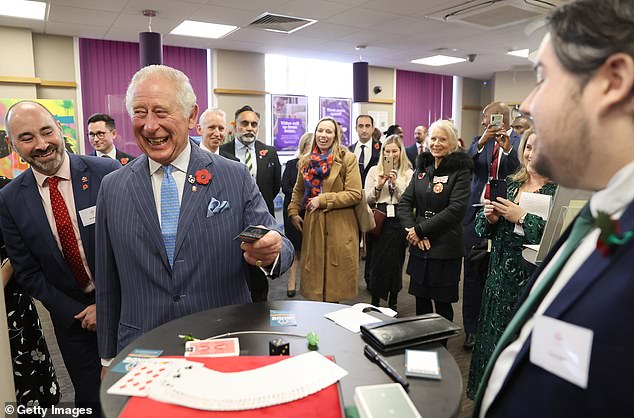 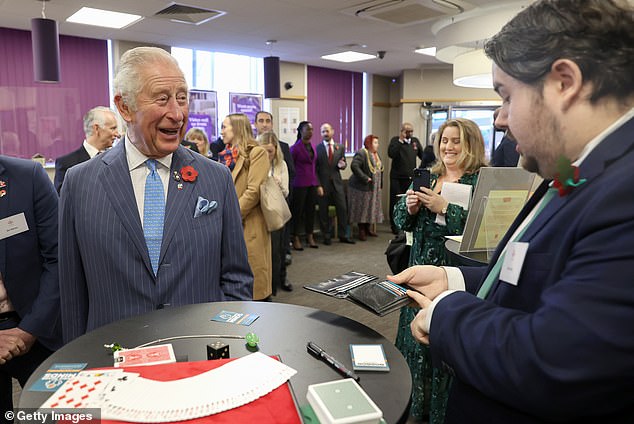 ‘Very impressive, it really is. Well done. And you have the gift of the gab too. You’ve been a huge success,’ the prince said.

Mr Wall, from Brockley, south London, said afterwards that he had gone on a Prince’s Trust enterprise scheme which helped him to start his own business.

‘It taught me both fundamental and advance business skills and quite honestly I wouldn’t be here without it,’ he said.

‘I am now performing for the likes of Netflix and Amazon. It was fantastic just to be able to thank the prince in person.’

Charles was at the NatWest Bank, which has been a partner of the Prince’s Trust for more than 20 years, on Brixton High Street in south London. 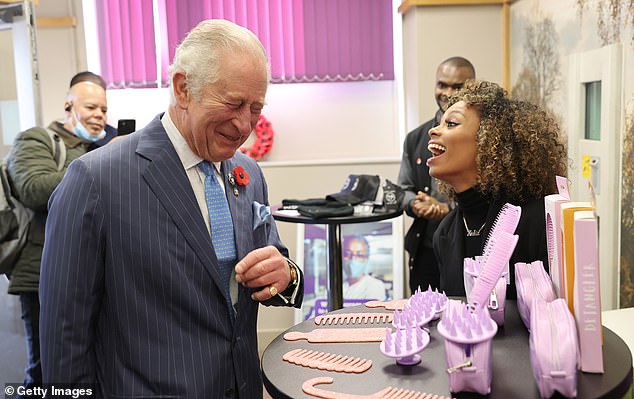 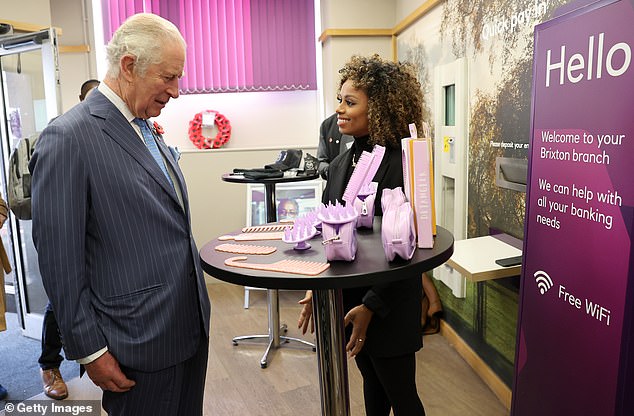 Keshia East shared her business success story with Charles in Brixton this morning, after launching No Knot Co LTD

He met several local dignitaries, including councillor Jacqui Dyer, who told the prince that not only had he awarded her with an honour for services to mental health, but that they also shared the same birthday – November 14.

Charles, who turns 73 this weekend, beamed: ‘Us Scorpios need to stick together.’

He chatted at length with Keshia East, 29, who described the help given to her by the Prince’s Trust enterprise scheme as invaluable.

She has set up her own award-winning range of environmentally-friendly hair styling tools, with an emphasis on Afro and curly hair, called NoKnotCo, made from plant cellulose.

‘I can see some waves in your hair,’ she said, admiringly. 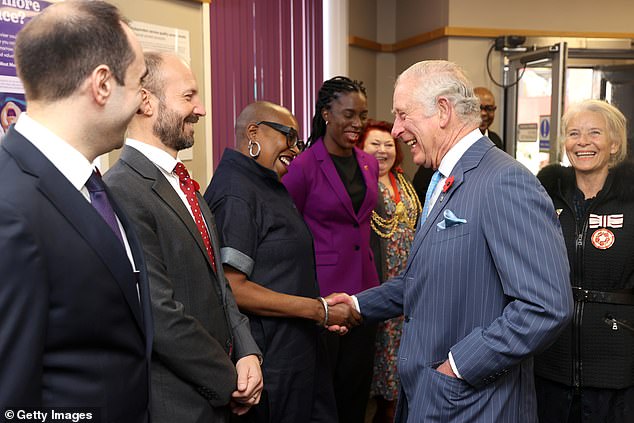 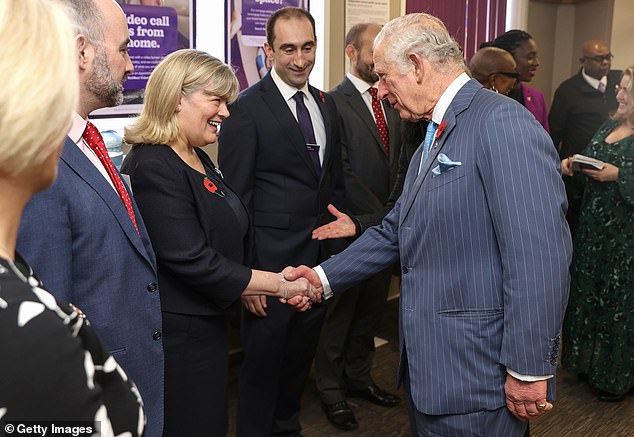 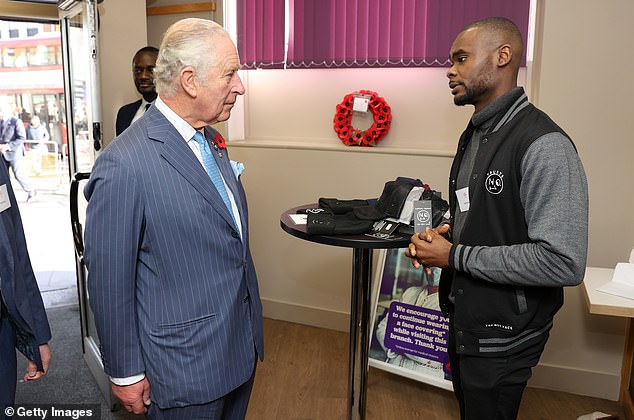 She told him how she started her firm when she couldn’t find a suitable product for her own hair, and demonstrated a brush that helps to stimulate the scalp and promote hair growth.

‘Does it work?’ The prince laughed ruefully, stroking his own hair. ‘I am just so impressed by what you have achieved.’

He also spoke to Louise Payne, 32, who has started her successful Brixton Wine Club subscription service for wine in a can after completing an enterprise course and winning a £5,000 grant from his charity.

‘I am so glad it is going well,’ he said. ‘I am always fascinated by all the ideas.’ 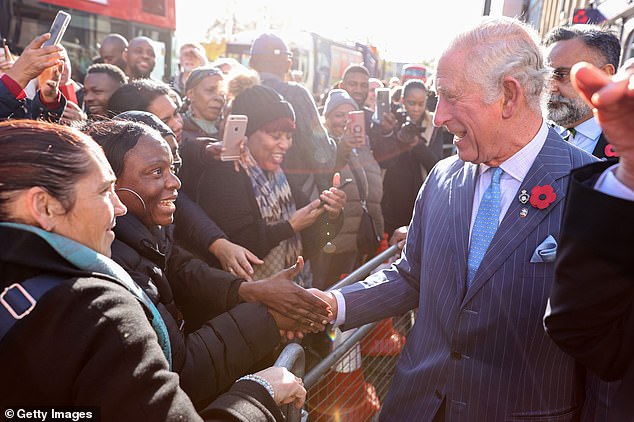 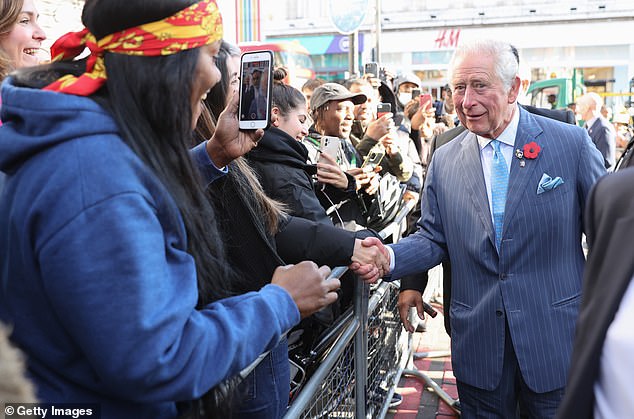 The prince stoped to speak to former deputy head Ruth Lue-Quee, who during lockdown started My Mummy Teacher, packs of cards with ideas and activities for parents to try with their children.

She said she would have had ‘no idea’ where to begin with her business had it not been for the Prince’s Trust.

Charles asked her who looked after her two-year-old son when she was working and she explained that it was her mother.

‘Thank goodness for grandparents!’ he laughed.

Outside the bank branch the heir to the throne received a warm welcome from several hundred well-wishers who had gathered to catch a glimpse of him when word spread of his presence.

The prince spent several minutes shaking hands and even posed for selfies as people screamed his name.