The pregnant “Nope” actress, 29, showed off her growing baby bump in a silver sequined Michael Kors Collection gown with sexy side cutouts at the 2023 New York Film Critics Circle Awards.

Palmer hit Tao Downtown in New York City on Wednesday night and looked radiant in the plunging spaghetti-strap design, which she paired with long braids, metallic makeup and a rosy lip. 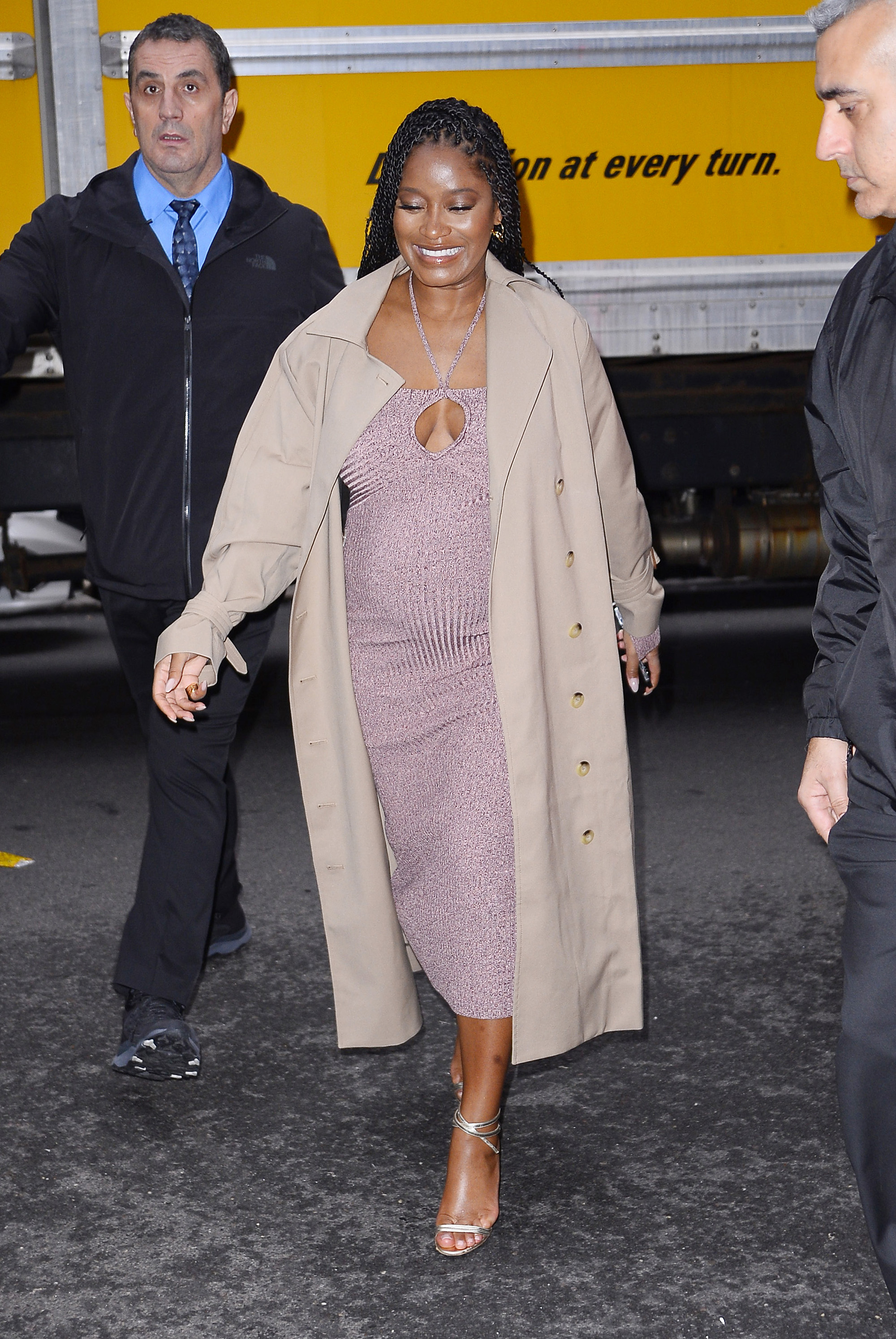 Fans are convinced Palmer’s having a girl, as she tweeted earlier this week about daughters being a “blessing.”