Pregnant Britney Spears is back from her alleged social media hiatus and posing nude again, this time with her pup Sawyer.

“Sawyer 🙄💕🌟👄 !!!” she captioned a series of similar snaps that show the pop star completely naked while holding her dog in front of her, presumably covering up her growing baby bump. She covered up the top of her rump with a diamond emoji. 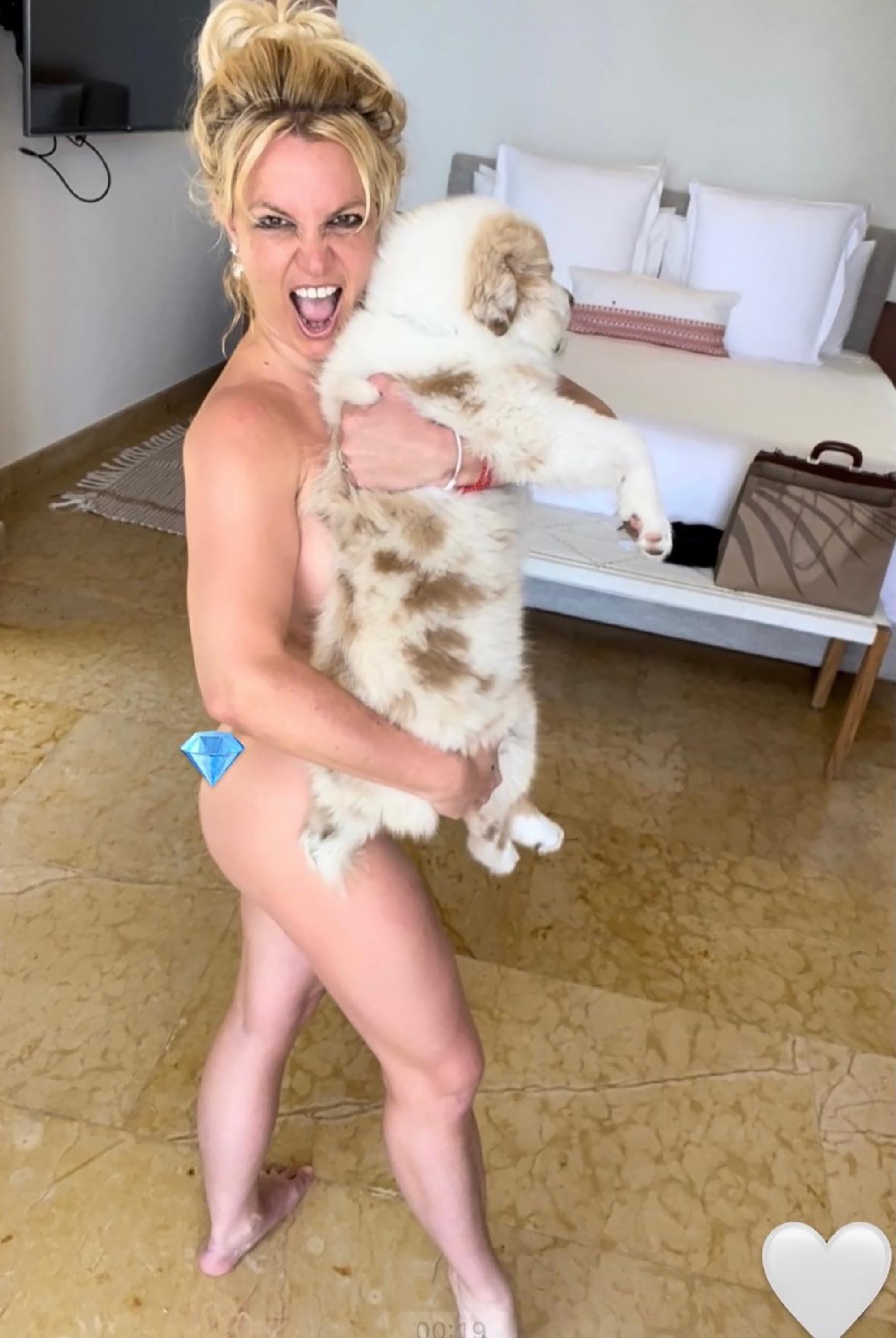 Since her conservatorship ended in November 2021 after nearly 14 years, the “Toxic” singer has been posting nude photo from her vacations and from her bathroom.

She captioned one of the shots, “Free woman energy has never felt better 🎀.”

On Thursday, she also uploaded a short poem-like post, which she called “scratch writing.”

“Go ahead just do it / Sleep with the enemy,” it began and also included lines like “Don’t lie to me anymore, “The righteous find no petals” and “Wicked most I know / Some truly fear … when I learned to say so.”

In the caption, she said she “didn’t know what it really meant,” but “it sounded kind of GOOD.”

Spears, 40, has also taken aim at her family, including her father and mother, for keeping her under a conservatorship for as long as they did. 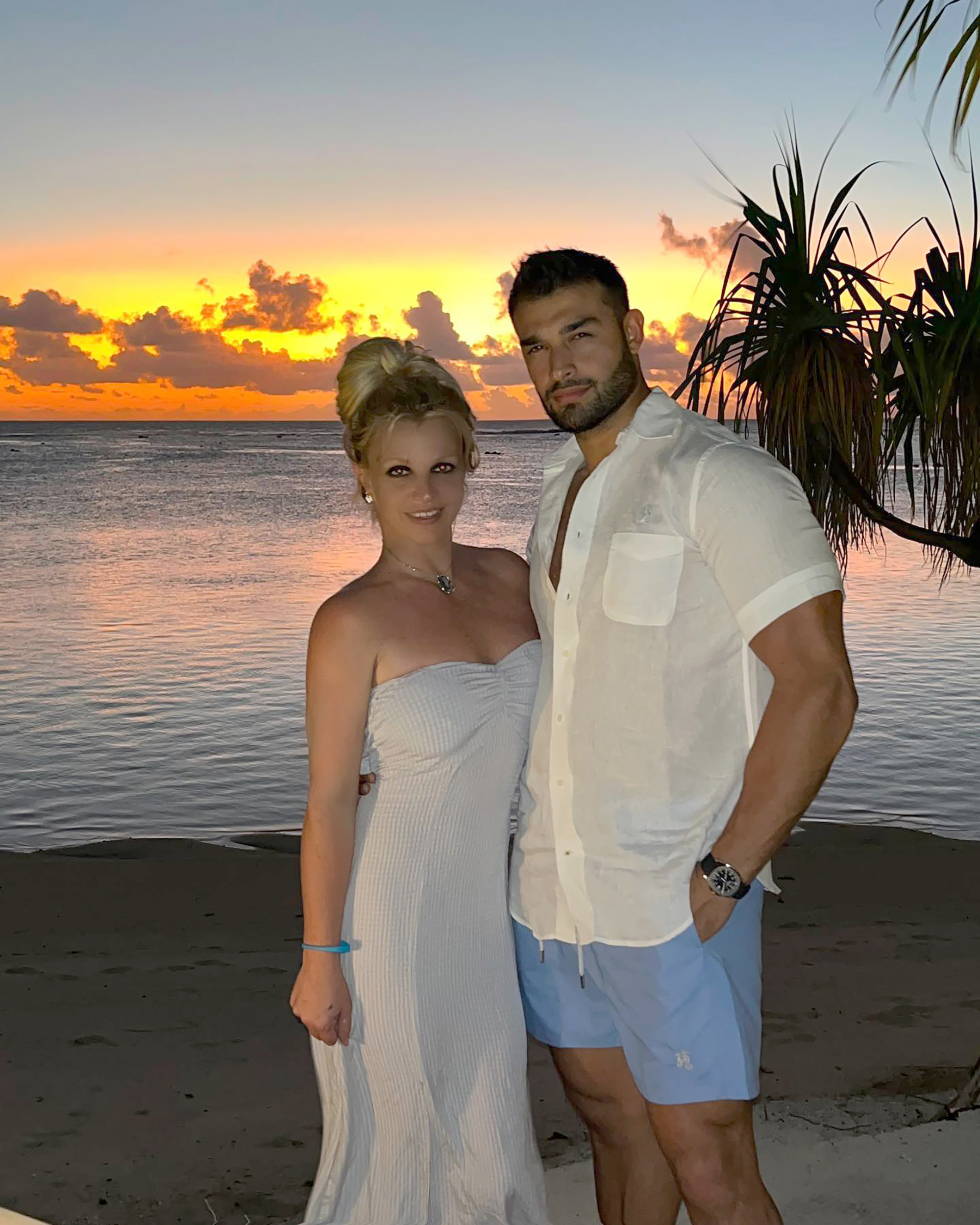 “I want justice and won’t stop until something is done to those who harmed me … and YES I was harmed !!!!” she wrote on social media in March.

In April, Spears revealed she was expecting a baby with fiancé Sam Asghari. It’s the first child for the couple — who got engaged in September 2021. Spears has two teenage sons with ex Kevin Federline.

During her June 2021 bombshell testimony, Spears claimed she was forced to take birth control against her will.

“I wanted to take the [IUD] out so I could start trying to have another baby but this so-called team won’t let me go to the doctor to take it out because they don’t want me to have children,” she alleged, adding “I’m tired of feeling alone. I deserve to have the same rights as anybody does by having a child, a family, any of those things, and more so. I deserve to have a life.”