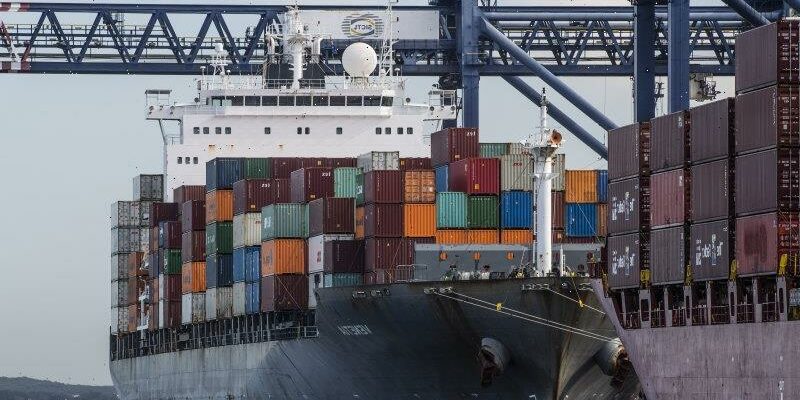 The business community will challenge the federal government’s commitment to strengthening the economy, calling on it to pursue far-reaching reforms across the nation’s major ports including industrial relations changes resisted by the powerful Maritime Union of Australia.

Ahead of the September jobs and skills summit, the Australian Chamber of Commerce and Industry will use a speech on Wednesday to argue major changes across stevedoring and greater competition in the port system are pivotal to future productivity improvements. 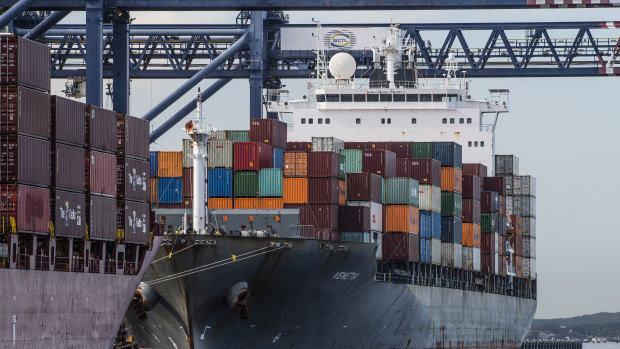 The Australian Chamber of Commerce and Industry will call for an overhaul of the nation’s ports to boost productivity.Credit:Louise Kennerley

It will also argue the government must in effect double to 200,000 the number of permanent, skilled migrants brought into the country each year, and introduce wage subsidies for businesses to employ more apprentices and tax breaks for major investment in capital goods.

About 100 people will take part in the government’s summit, which is being held with unemployment at a 48-year low of 3.5 per cent and businesses struggling to stay open due to a shortage of workers.

ACCI chief executive Andrew McKellar will use an address to the National Press Club to map out what he will describe as an agenda for the summit and beyond, arguing the country is in a fight for its future.

McKellar will say there is no single change that will ensure the country’s economic prosperity, noting there were issues from business support to staffing that all need to be addressed.

But he will focus on the nation’s ports, which were at the centre of a major industrial dispute in 1998, saying their poor productivity and monopoly-like ownership are holding back the entire nation.

He will say the MUA is a chokehold on the ports, “trashing” any proposal that would boost workplace productivity.

“We are shooting ourselves in the foot if we stifle access to efficient and innovative port operations that our competitors already have in place,” he will say.

“If the government is serious about pursuing economic reform and productivity gains, it must address our grossly inefficient stevedore operations which will put Australia on a stronger, more competitive path for years to come.

“Port privatisations have also produced near-monopoly conditions. The freight and logistics systems
that move goods to and from the ports are similarly constrained. Governments must encourage new
players to stimulate increased competition at our ports.”

McKellar will also argue the federal government should use the budget to help boost productivity by extending the immediate investment write-off provision that is due to finish next year.

He will say this should be supplemented with a further 20 per cent tax deduction on investments of more than $500,000 in plant, equipment and machinery.

To help businesses support more apprentices, ACCI is also backing a minimum 30 per cent wage subsidy for the first 12 months of apprenticeships.

And it wants permanent skilled migration lifted to 200,000 places for at least the next two years.

“While we must build our own skilled, educated, and diverse workforce, Australia must also remain
an attractive destination for the world’s best and brightest,” he will say.

The ACTU on Wednesday will back the 200,000 overall intake on the proviso the government backs up to 18 separate proposals. They include a 50 per cent wage subsidy for apprentices of which 25 per cent would go to the apprentice as a retention bonus.

It also wants an overhaul of visas for migrants, including clear pathways to permanent residency for all visas, lifting the salary floor for temporary skilled migrants plus “reinvigorating” public funding for TAFE.

“We support a visa system which prioritises permanent migration and support expanding the permanent migration intake, but that decision must be in concert with systemic changes to undo the decade of low wage growth, exploitation and neglect under the former government,” ACTU president Michele O’Neil said.