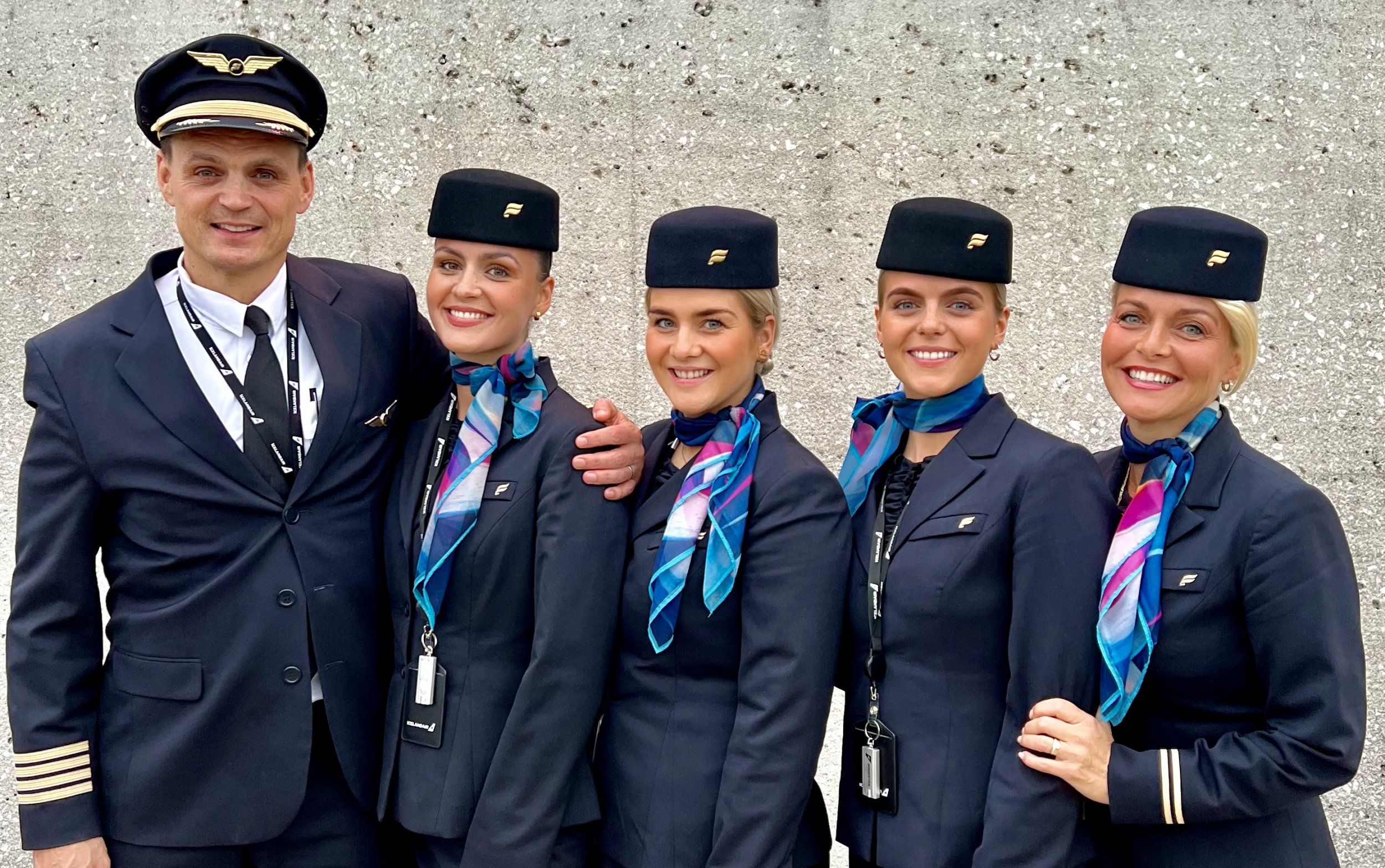 It runs in the family.

A pilot has flown a ‘once in a lifetime flight’ with his wife and all of their three daughters working as cabin crew.

The flight-loving family were able to do what they love most together in a rare occurrence.

Captain Ingvar Mar Jónsson flew from their home country of Iceland to Washington DC with family onboard.

The group were then able to enjoy a 24-hour stopover to see the sights.

Joining them was the Captain’s mother-in-law, as well as two of the daughter’s boyfriends.

Ingvar, 49, said: ‘It was a once in a lifetime experience for us, the flight itself was conducted in a professional manner and family ties did not get in the way.

‘It was wonderful to spend time with the family during the 24 hour layover in Washington DC.’

The flight took off from Keflavik on August 20 and returned the next day, landing in Keflavik on the August 22.

Ingvar said: ‘It is very satisfying to witness our children grow up and become independent and hardworking people.

‘My wife Sigga Nanna and I first met in 1997 when we were on duty on an Icelandair flight. It was love at first flight.

‘Since our two younger daughters, Ingibjorg and Sigga Marta, started working for the summer as flight attendants, Sigga Nanna and our oldest daughter Nina thought it might be a good Idea to bid for a flight together from Keflavik Iceland to Washington DC.

‘Ingvar, Sigga Nanna and Nina got the flight, but Ingibjorg and Sigga Marta managed to swap flights so we could all be a part of one crew on August 20.’

His wife comes from a ‘big aviation family’, as her grandfather Snorri and her father Jon Karl are retired captains for Icelandair.

The industry, clearly a mutual love for the family, has seen generations of her family be a part of.

Ingvar adds: ‘All of them worked for, or are working for the airline Icelandair, which was founded in the year 1937.