Next year's Winter Masterpieces show at the National Gallery of Victoria has French artist Pierre Bonnard, a contemporary of Matisse and Toulouse-Lautrec, as its superstar.

Best-known for the posters he created early in his career and his brilliantly coloured paintings, Bonnard was a revolutionary: he loved pattern and colour and was multi-disciplinary. The drenched pallette of the south of France was one of his motifs, as was the domestic setting. His wife featured in many of his paintings, often nude. 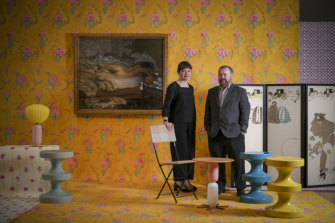 Hailed as a national hero in France, he was perhaps overshadowed by the Impressionists — at least in Australia. He was a founding member of the Nadis, young artists active in Paris from 1888 to 1900, and he had a lengthy career, from the late 1880s to the 1940s.

Works will come from around the world including the Musee d’Orsay, the Tate and New York's MOMA, as well as the gallery's own collection.

The exhibition will be designed by India Mahdavi, who is also known for her use of striking colour. The highly acclaimed Paris-based Iranian-Egyptian-French designer says she drew inspiration from the interiors of Bonnard's home and the idea of finding beauty and emotion in your everyday life: "The views are very intimate."

Mahdavi will create what's called scenography – three-dimensional versions of his interior worlds –which will bring to life the domestic scenes Bonnard painted, including new furniture, wallpaper and other designs.

"I would love visitors to say 'I look at my own home in a different way. I can see beauty, I can see poetry, I can be inspired by anything.'" 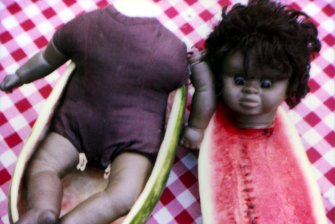 "The moment people come in to the show they will see they do know his work – the folding screen, for example, the posters," says Ted Gott, senior curator, international art at the NGV. He argues Bonnard's art is everywhere in the public consciousness but people just don't necessarily know him by name. His work is often mistaken for that of Toulouse-Lautrec – who was enormously influenced by Bonnard; they became great friends.

Unlike many of his contemporaries, Bonnard was multi-disciplined, interested in design, in art and advertising, doing folding screens, creating fans and designing stained glass. "That approach of being even in his thinking about design and decoration is not common in English language art history," says Dr Miranda Wallace, senior curator, International Exhibition Projects at the NGV, and it was a departure from what was happening at that time.

Another key highlight of the program is a retrospective of local artist Destiny Deacon's work in DESTINY, which will include new commissions as well as the Queensland-born, Melbourne-based photographer's distinctive stills, video and sculptures.

New-York based French artist Camille Henrot’s first major survey show is also coming to town. It will include key works from the past decade, together with a group of never before exhibited pieces.

The NGV has taken a progressive, more playful approach to its major shows for several years now, moving away from artworks simply hung on formal white walls. NGV director Tony Ellwood says different pairings – such as Andy Warhol's work juxtaposed alongside Ai Wei Wei, and last year's Escher x nendo show in which the Dutch artist was teamed with the acclaimed Japanese design studio – allow the gallery to bring world class content but also to give it an edge.

"One of the world's best designers and one of the world's greatest painters coming together in the one show, you would imagine, has to elevate people to great intellectual beauty," Ellwood says.

The hope is that people will come for a design experience and leave with an art experience.

"We want our visitor to be immersed into a different world every time they come in to see a show. Coming into the gallery is to take you out of the everyday, to take you somewhere very special."