In the years before fatherhood, a friend — a mother with a teenage son — explained what it was like to have children. She said having children is like opening up a whole new emotional self over which you have no control, but through which you will feel everything.

Every setback, knock, disappointment, embarrassment your child suffers will be felt keenly by you too, she said. On the upside, you’ll also feel their wonder, joy, laughter and amazement. 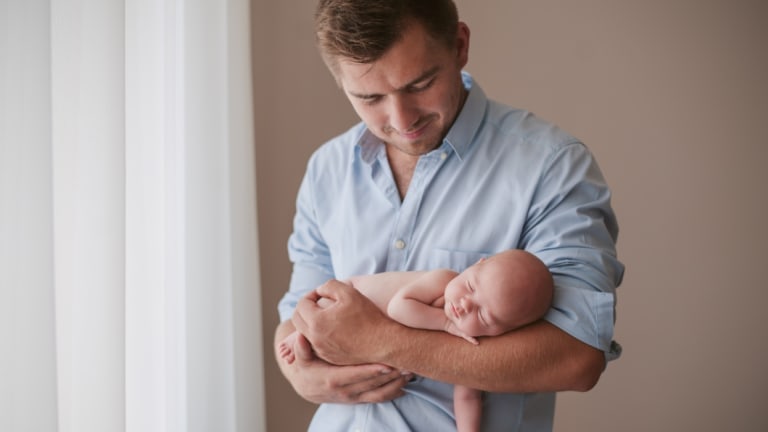 I couldn’t watch horrible news stories that involved children without thinking and worrying about my own.Credit:Stocksy

I nodded as if I understood. And I sort of did, but mostly I had no idea. When it comes to what it feels like to be a parent, there’s a gulf between head and heart that all the words in the world cannot span.

Nothing could prepare me for the intensity of emotions that I would experience when I became a father.

I didn’t know that I would spend hours staring, transfixed, awestruck at the miracle that was were daughters. Cradling them in my arms, the way they looked up at me with such trust, and the way they wrapped her tiny hands around my finger, took my breath away.

And as they grew, the first time they called me “dadda”, hugged me back, said “I love you”, are among my most precious memories of my life.

But with all that love comes fear in equal measure. The more you love, the more you have to lose.
When my daughter caught her first cold I was consumed by such irrational fear that I repeatedly crept into her bed throughout the night just to make sure she was still breathing.

I could no longer watch my favourite TV shows – not just because I didn’t have time — but because I found it too disturbing. Any story where a child was lost, maimed or killed played on my deepest fears.

I couldn’t make it through the Danish crime and political drama The Killing. Without giving too much away, the title refers to the killing of a child. Bjarne Henriksen‘s brilliant portrayal of Theis Birk Larsen whose daughter is murdered hit too close to home.

This applied to all kinds of situations involving children. I couldn’t watch horrible news stories that involved children without thinking and worrying about my own.

And it’s not just keeping them from harm. My provider instinct also went into overdrive. I’ve since heard similar stories from other fathers. The arrival of a new child can mean that you suddenly become obsessed with providing.

I would lie awake at night worrying about and planning for every cost we’d incur in my newborn’s life, all the way up to paying for her university.

I starting thinking about my career differently, worrying about my long-term employability so I could continue to provide for my family. What little spare time I had was devoted to training courses.

Partly this was fuelled by my anxiety over the currency of my skills in years to come, but it was also a way of dealing with the chaos of a newborn in a house.

Even on the worst days, work provides a source of order. There are processes to fall back on. And if there isn’t a clear way forward, we have managers to speak to. If nothing else, you get to go to meetings to share the pain. Not so with children.

Coinciding with the emotional and role upheaval of becoming a dad was a redefining of my relationship with my wife. As your family grows, you’re no longer the main focus of your partner in the relationship anymore. In some periods, you will run a distance second — and that’s as it should be.

But it’s an adjustment nevertheless that new fathers are not always told about. Perhaps it’s not possible to properly explain the wonderous terror of fatherhood.