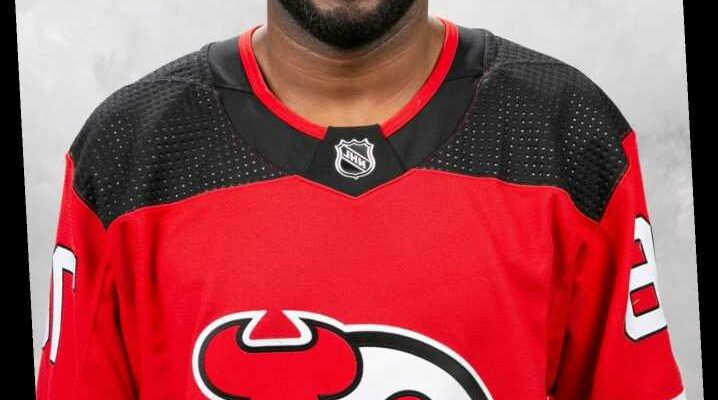 One question P. K. Subban never asks himself when giving back is, "What's in it for me?"

In a new profile for Global Heroes magazine, the New Jersey Devils player discusses the work he has done through his P.K. Subban Foundation, what inspired him to create it, his $10 million donation to the Montreal Children's Hospital, and more.

"It is not about gratification; it is about responsibility," said Subban, 31, when asked about the most satisfying part of his philanthropic contributions. "When you take ownership of your responsibility, you do not look for gratification in what you do."

He added, "I am proud to see the people who have stepped up make a difference and help us achieve our goals — making a positive impact in communities." In addition to his work with his foundation and generous donation to the Montreal Children's Hospital, Subban started the Blueline Buddies program while he was with the Nashville Predators in Tennessee.

According to the NHL, its goal was to "[bring] together a member of the Metro Nashville Police Department and their guest with a mentor or representative from a local organization and an underprivileged youth."

"We absolutely have seen communities benefit from Blueline Buddies. Specifically, Nashville and New Jersey have embraced the program," Subban told Global Heroes of the three-year-old program. "I have witnessed law enforcement step up outside of the program and continue their relationship with the kids. In some cases, they will bring the kids back to games on their own time and money, continuing positive interactions with these communities."

Another charitable initiative of the athlete's? Donating $50,000 to the daughter of George Floyd — an amount that was matched by the NHL and commissioner Gary Bettman, which Subban is "extremely thankful" for.

"I am honestly not surprised as they have historically made an extreme effort to be supportive!" he added of the NHL, Bettman and Kim Davis. "It is important because sports connect us all. I believe that we, as players, owners, commissioners, etc., have a responsibility to set the right example for how we want to influence communities across the globe."

The Toronto native was inspired to start his foundation after he began visiting patients at the children's hospital on Christmas Eve, where he "built a great relationship with everyone and continued to visit as much as [he] could."

"Specifically, early in my career, I met a young boy named Alex Shapiro. He played hockey in Toronto, and I became very close with him and his family," Subban said. "After a battle with cancer, he passed away at 11 years old."

"It inspired me to make a difference, and I started my foundation," he added.