For nearly three decades, the accusations against Allen have trailed him but until recently had not derailed him. Hachette Book Group said last year it would not publish his memoir, Amazon terminated a four-picture deal, and some actors have said they will not work with him again. 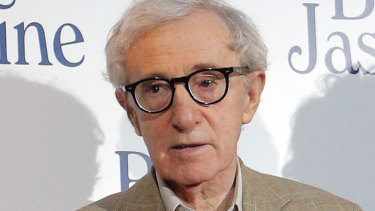 Woody Allen is down – but not out – in Hollywood.Credit:AP

But even as #MeToo drew Allen into its reckoning – in large part because of Farrow’s insistence the public and his peers no longer look away – the allegations don’t appear to have completely destroyed his career. Allen was able to find another publisher for his book and some A-list stars spoke fondly of him.

Allen, whose story is further complicated by his marriage to the adopted daughter of his former partner Mia Farrow, has repeatedly denied the abuse. A spokesperson for Allen said in a statement the series was a “shoddy hit piece” and that Farrow’s allegations are “categorically false.”

Cancel culture is one way survivors seek accountability in a society that systematically denies them justice. Cancel culture is what happens, experts say, when there is no clear social response to sexual violence.

It’s what happens when the criminal justice system fails (the vast majority of perpetrators will not go to prison), when workplaces fail (more than seven in 10 survivors who experience workplace sexual harassment face some form of retaliation) and college campuses fail (in the US, college women are three times more likely than women in general to experience sexual violence).

“Cancel culture in some ways passes the buck of accountability on to the public,” said Laura Palumbo, communications director at the National Sexual Violence Resource Centre.

“And that’s something that people really struggle with. They struggle with all they do not know … Rather than deal with that, they just do what’s comfortable, or even maybe what distracts them from those hard questions.”

When no one’s ever really cancelled

For survivors of sexual violence, cancel culture is the equivalent of victims scrawling their assailants names on bathroom walls – it’s a way of saying what needs to be said, and especially of warning others. 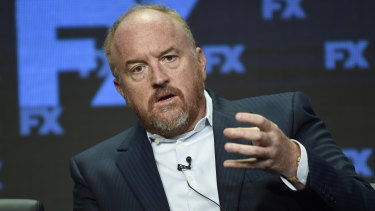 Louis C.K., pictured here in 2017, is back on stage after a tumultuous few years. Credit:AP

“Cancel culture is what happens when women feel they don’t have power,” said Nicole Bedera, an expert in sexual violence whose research focuses on campus rape. “It’s what we are left with when our traditional institutions of accountability are not working.”

But experts argue most powerful men are rarely ever truly cancelled, except in the most egregious cases, and even then it can take decades such as with Bill Cosby or Harvey Weinstein.

Former political analyst Mark Halperin was accused by several women of sexual misconduct and was let go by NBC and Showtime. He later apologised for causing “pain and anguish,” but also contended that some allegations were not true. He eventually went on to write a book and host the show Mark Halperin’s Focus Group.

“We really are talking about outrage for a few months. Some people might boycott a particular entertainer … They might lose one job. But they come back so fast,” Bedera said.

“It’s really difficult to find an example of someone whose life was ruined, even if they deserved consequences for their actions. We mostly see injustice.”

Experts say people want to believe it’s easy to identify a predator. If we acknowledge the opposite is true, then we are all the more vulnerable.

Many people have an idea of a predator as a man who is dominant and aggressive, but Allen built his career on being insecure and neurotic. Many accused men, including Allen, do not fit the stereotype.

“I get why people can’t believe it because who on earth could believe that of Woody Allen?” Mia Farrow, Dylan’s adopted mother, said in the documentary. “I couldn’t believe it … Everybody admired Woody so much, you know – loved him. And I did too.”

Experts say people don’t want to believe someone who possesses qualities they admire could be capable of such malevolent harm.

“We have this idea that if you like someone … there’s no way they could commit an act of sexual violence,” Bedera said. “But in reality, all people who commit acts of sexual violence are kind to some people. They have talents and skills and all of these other traits and so we say, ‘Well, if somebody is capable of producing such a great movie, there’s no way they can be evil all the way through.’”

Not a few bad men

Cancel culture makes it seem as though sexual violence is a problem of a few bad men. It isn’t. Research out of the US shows:

* Nearly 1 in 5 women have been raped in their lifetime

* 81 per cent of women have experienced sexual harassment

“When it comes to accountability, it means recognising that the problem is bigger than just that one person,” Palumbo said.

“There aren’t sufficient systems in place that will … support those survivors … and then do professional, well-reasoned, fair investigations,” said Tina Tchen, president and CEO of the Time’s Up Foundation. “On the worst end of the spectrum, that lack of accountability allows people to abuse over and over again.”

There is no one size fits all approach to accountability, experts say. Not all survivors want the same thing. Not all perpetrators deserve the same punishment.

Some survivors want their perpetrators to go to prison, others don’t. Some want an apology, others would rather not face the choice of whether to forgive. Some want financial consequences, because it costs money to treat trauma and the chronic health conditions that follow an assault. It costs money when someone drops out of school or leaves a job.

But there are some things almost all survivors want, Bedera said.

Experts say when accountability looks like individuals deciding whether they want to watch a movie or not, that isn’t much justice at all.

“It’s not working for survivors where we all get to decide individually whether or not we want to do anything about this particular sexual assault, as opposed to saying, ‘This is our social response to sexual violence. It is reliable, it is dependable, you can count on it. And we think it’s the right way to address this problem,’” Bedera said. “We’re missing that across the board. And it’s really bad for survivors.”