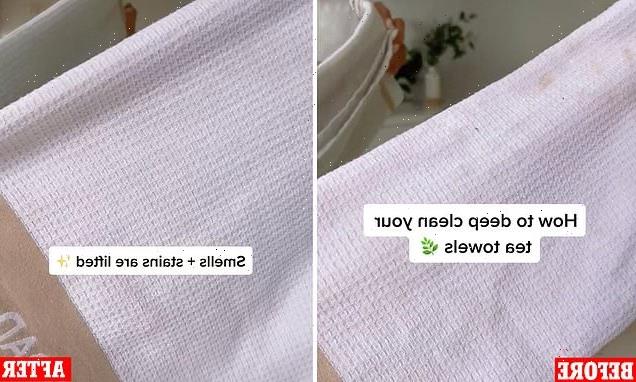 An ‘organisation queen’ has revealed how to deep clean your dirty tea towels with a simple DIY solution that will have them looking spotless in no time.

In her most recent video Chantel starts by pouring two cups of warm water and one cup of white vinegar into a large bowl. 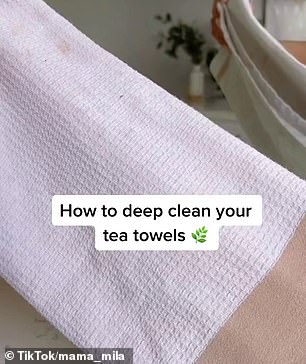 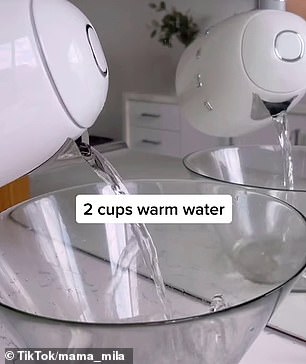 She then adds two tablespoons of dishwashing soap into the bowl with the water and vinegar mixture.

The cleaning expert places her dirty tea towels into the cleaning solution to let them soak for an hour. It allows time for the vinegar to cut through the built-up grease.

Once the towels have soaked she places them into her washing machine with one cup of baking soda to deodorise the material. 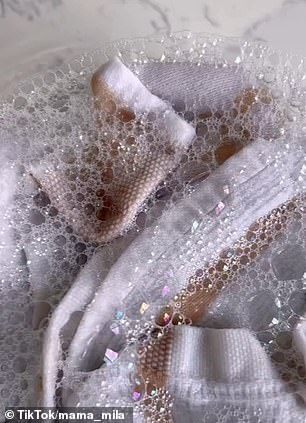 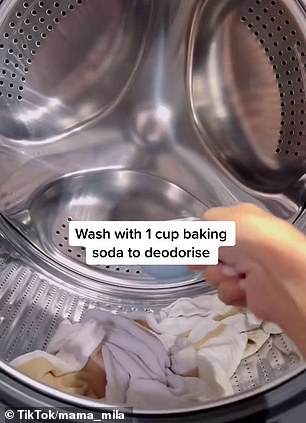 The mum placed her dirty tea towels into the cleaning solution to let them soak for one hour and allowed the vinegar to cut through the built-up grease, then washed them on a cycle

Chantel then washes them on a normal cycle and when done reveals her fresh and stain-free tea towels.

The mum-of-two says her cleaning method pre-treats the towels before their usual wash and is the easiest way to freshen up the material.

She posted her simple cleaning method to TikTok and received more than 26,000 views overnight and comments of praise from fellow homeowners. 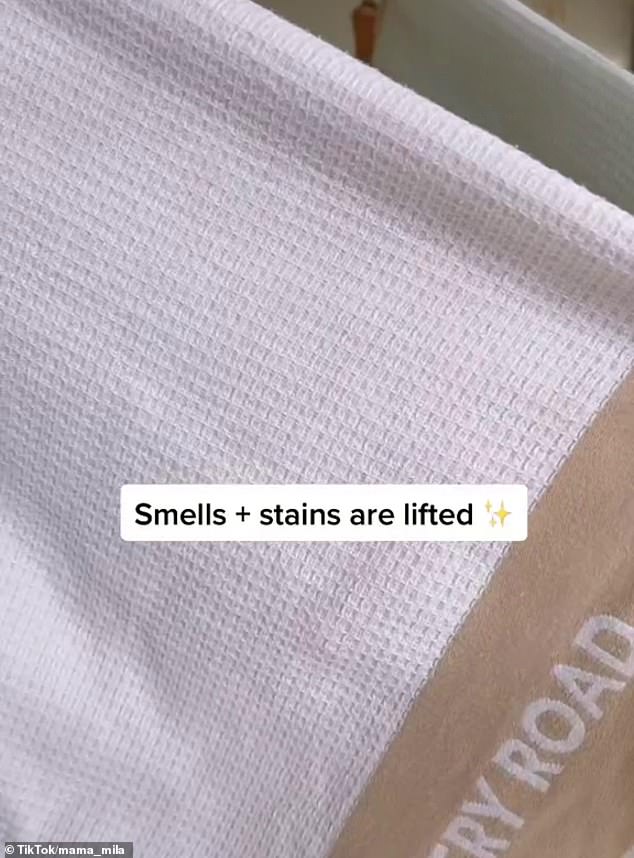 ‘Thank you! I’m so sick of my towels being so stained and gross. Definitely trying this,’ a TikTok user wrote.

‘Wow they look SO much cleaner,’ another wrote.

‘What a helpful cleaning hack. Going to try this out for sure,’ another user wrote.