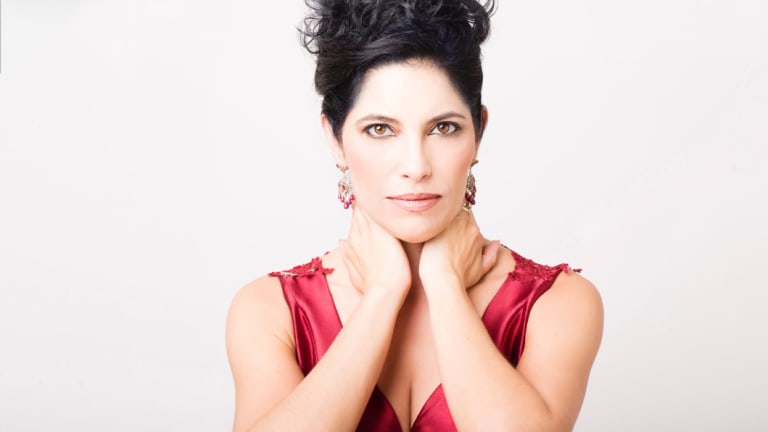 Her lips move at the speed of light, producing rapid-fire notes with pinpoint precision. Requiring supreme vocal stamina, control and agility, this repertoire is so fiendishly difficult only a sprinkling of singers worldwide are recognised as having truly mastered it.

Alaskan-born mezzo-soprano Vivica Genaux is one of the unrivalled few.

This concert marks a special milestone in the life of Baroque-only company Pinchgut Opera. They have been presenting often neglected works from the 17th and 18th centuries to widespread acclaim since 2002, in Sydney.

This concert, with artistic director Erin Helyard conducting the Orchestra of the Antipodes, signals the beginning of what will hopefully be a loving relationship with Melbourne.

Helyard is the cool, hipster guru of Baroque music in this country. There's no powdered Beethoven-esque wigs here; Helyard sits at the harpsichord in skinny black jeans and grins from ear to ear.

Members of the 18-piece ensemble don't sit down (like a symphony orchestra), they stand and almost dance as they play. Their love and passion for this music is unquestionable.

Bassist Kirsty McCahon looks like she's having the time of her life and it's delightful to watch.

Other than some of the famous showstoppers by Vivaldi and Handel, Genaux sings largely unknown arias by Hasse, Porpora and Riccardo Broschi (brother of the great castrato Farinelli). She is quite extraordinary.

Genaux fashions old works a new with imaginative ornamentation and traverses the florid rollercoaster of coloratura with unfaltering accuracy. Even those who perhaps don't love the style can appreciate the skill.

The furious speed makes the stillness even sweeter. When Genaux has the chance, she holds the hall captive with moving emotion and sensitivity.

As she wiped away tears at the final moments of Handel's Ho perso il caro ben, so did members of the audience.