As rumors swirled about their relationship — and they landed in the bottom two — it was a less than ideal week for Olivia Jade Giannulli and Val Chmerkovskiy. Still, the Dancing With the Stars partners are keeping their heads up.

Biggest ‘Dancing With the Stars’ Controversies Through the Years

The season 30 duo spoke to Us Weekly and other reporters after the Monday, October 18, episode, opening up about the 22-year-old influencer’s decision to shut down speculation that they are “hooking up” while filming the ABC series.

“It was honestly just because I saw this video getting a lot of traction and then I was like, ‘We’re ending this here. This is a complete, like, it just wasn’t true,’” Giannulli said. “So I just spoke out on it. … We want to win this trophy. We’re not focused on that.” 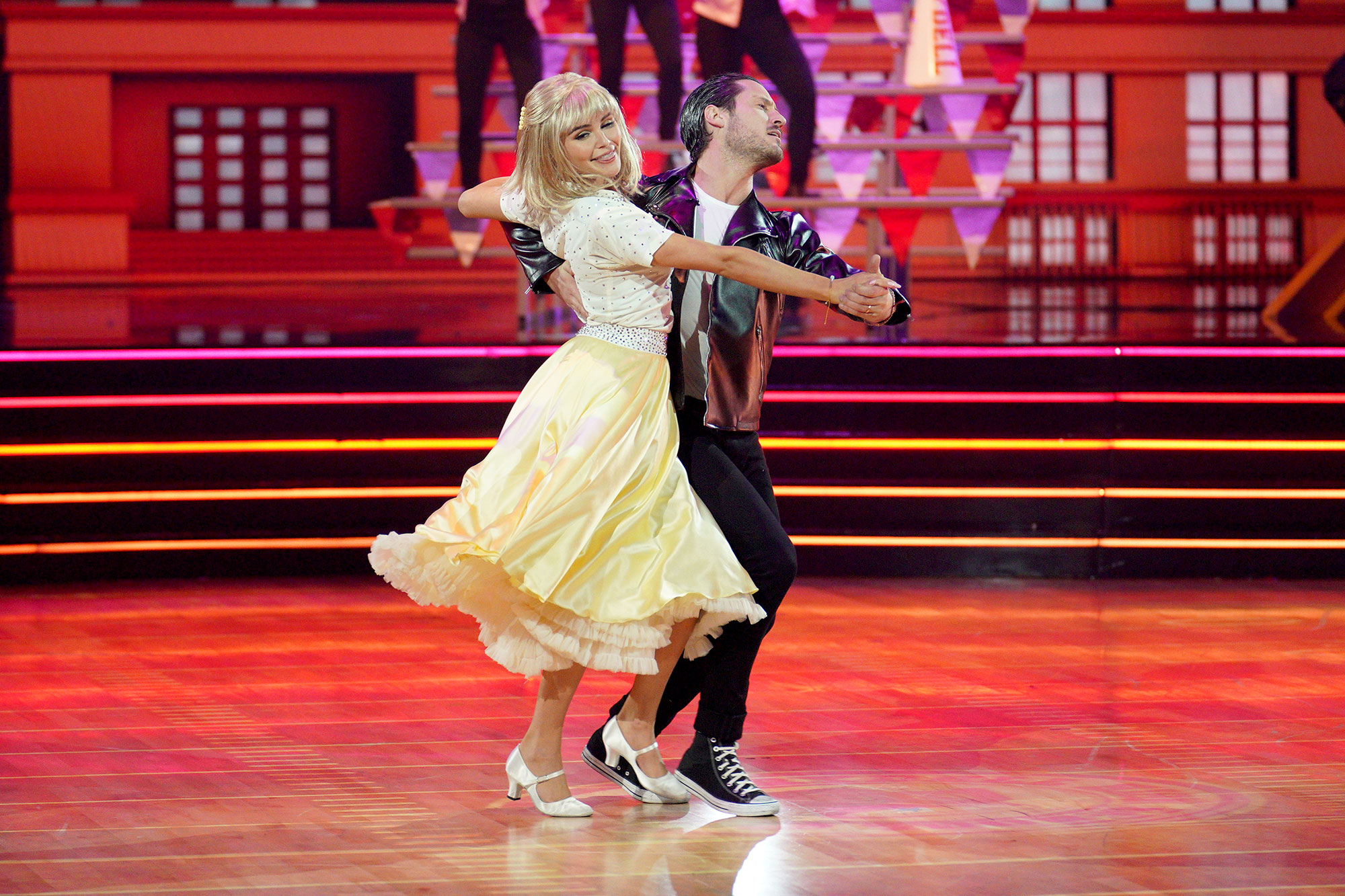 Chmerkovskiy, 35, who noted that “people say crazy things all the time,” echoed the YouTuber’s sentiment that they don’t want online chatter to overshadow their dancing.

Most Controversial ‘Dancing With the Stars’ Contestants

“I just don’t want it to take away from what’s really happening, which is a lot of work. A lot of effort, a lot of joy. Of course, a lot of joy because we’re both having a blast,” he said. “I love dance. If anything, I have a romance with dance and the opportunity to perform. I get a chance to perform with her, you know? And we get a chance to share this moment together. Of course, there’s an intimate moment, a special moment, but that has nothing to do with that. It has to do with this, the fact that we give this chance to perform in front of millions of people and look fairly decent doing it.” 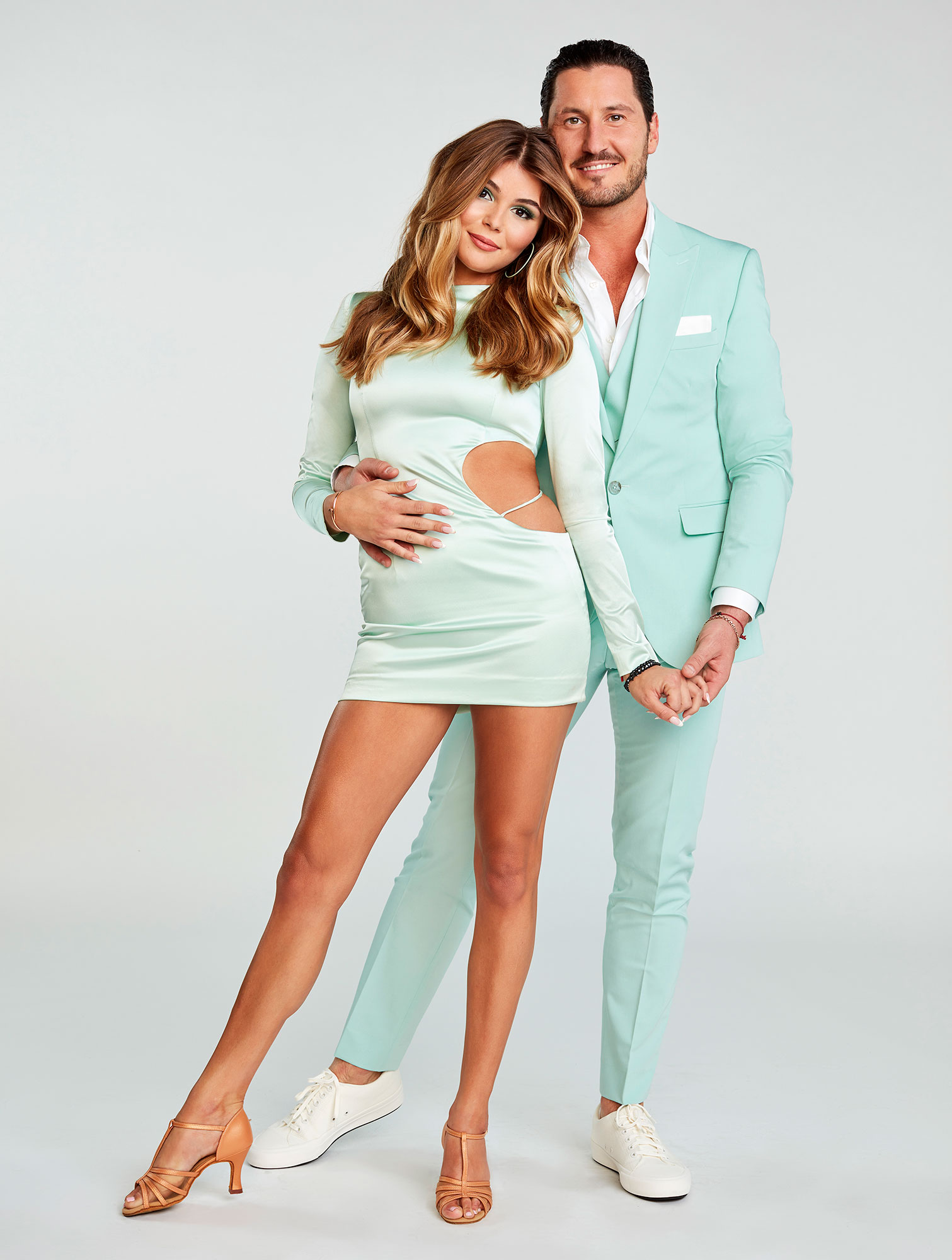 While addressing the aforementioned video via TikTok, the daughter of Lori Loughlin noted that she and Chmerkovskiy are “genuinely good friends” and she “adore[s]” his wife, Jenna Johnson, who received the first perfect score of the season with partner JoJo Siwa on Monday.

Despite earning a 36 out of 40 for their foxtrot to “Summer Nights” during Monday’s Grease-theme episode, Giannulli and Chmerkovskiy were in danger of being eliminated. In the end, head judge Len Goodman opted to save them over Melanie C and Gleb Savchenko.

“I was whispering to him. I’m, like, ‘My anxiety right now is not OK,’” Giannulli said of being in the bottom two. “I was really nervous about it. I think I already knew how much I love being here, and then being put in a situation where in one vote, it could all go away? It was terrifying.”

23 ‘DWTS’ Contestants Who Defended Their Prior Dance Experience

As they gear up for the Halloween episode, Giannulli revealed she told Chmerkovskiy that she’s ready for him to push her so they aren’t in the same situation next week.

“I’m really excited to learn another dance and every Monday has been like, honestly the most exciting day of my week,” she said. “I love Halloween. I love dressing up. I already feel like every Monday is Halloween on the show because we’re always in different costumes, but I think this one’s going to be really epic, so I’m excited.”