Cardi Bis showing everyone what it takes to be a five-time nominee at the 2019 Grammy Awards.

The rapper took to the stage for a hot, heated and heart-pounding performance of her hit song “Money,” which earned a huge round of applause from the action packed crowd. One person that was particularly impressed was none other than her hubby Offset, whose reaction is definitely one for the books.

As Cardi B gyrated and rapped across the stage in a skintight leopard-print onesie, the camera panned to the crowd to reveal her husband in a state of admiration. His mouth dropped open, before the star stuck his tongue out in what one could imagine was desire.

And who could blame the rapper when his wife wore a scantily clad ensemble and danced on top of a piano?

This isn’t the first time Cardi brought the Grammys audience to a standstill with her appearance. Her red carpet appearance in a vintage Mugler gown was one of the biggest moments of the night. The inspiration clearly carried on since the shell shape of her red carpet gown was repeated in her onstage outfit. 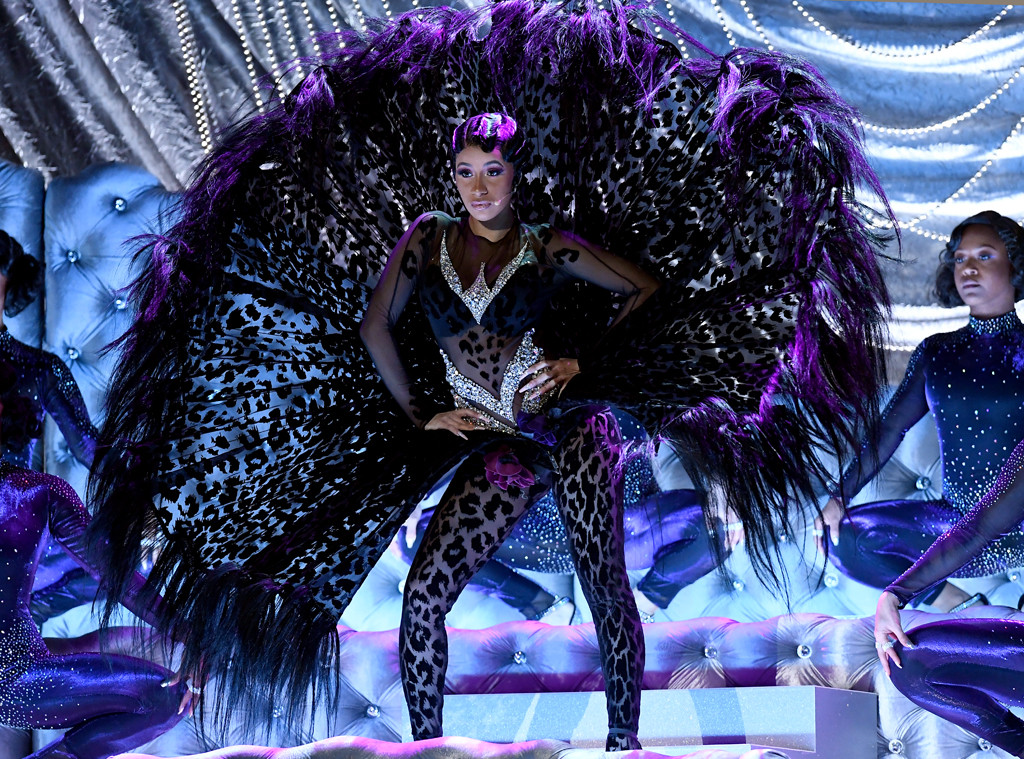 The star is up for five awards:Record of the Year, Album of the Year and Best Rap Album. She was also nominated for Best Rap Performance and Best Group Performance, but unfortunately, the win went to other talented musicians.