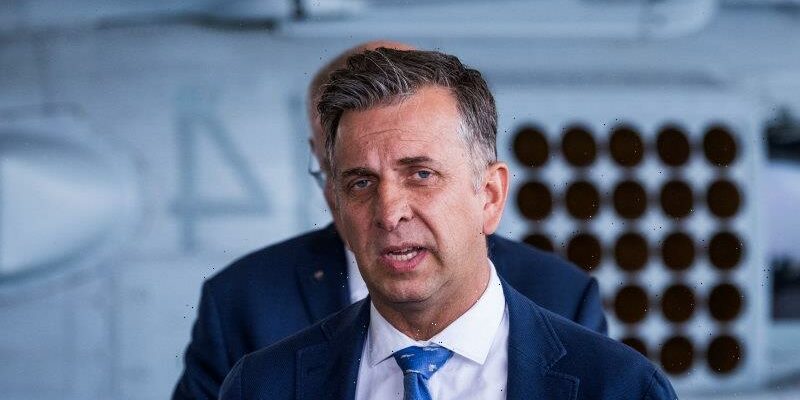 Coalition hopes that a strong showing in NSW would offset losses in other parts of the nation have been dashed after the Liberal Party lost key seats in the state to Labor and teal independents. 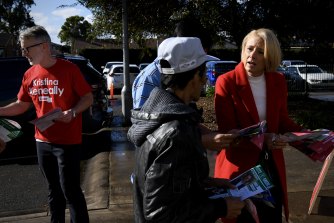 Last night Labor was on track to pick up the inner western Sydney seat of Reid and possibly the central coast electorate of Robertson, while teal independents are set to win the electorates of North Sydney and Mackellar in Sydney’s northern suburbs and possibly Wentworth in the city’s east.

There was one potential bright spot the Coalition in NSW with former NSW transport minister Andrew Constance ahead in the Labor-held south coast electorate of Gilmore. With almost 40 per cent of the vote counted as of 10pm Constance had received a swing of 3.3 per cent and was marginally ahead of Labor incumbent Fiona Phillips on a two-party-preferred basis.

In a shock for Labor, star Labor candidate Kristina Keneally was locked in a tight race with independent Dai Le in the normally safe south-western Sydney Labor electorate of Fowler. Fowler was one of several seats in NSW still in doubt last night after smaller parties and independent candidates polled strongly in many electorates.

Labor had a clear lead in the previously ultra-marginal seat Macquarie in the Blue Mountains and Hawkesbury region. In 2019 Labor’s Susan Templeman won Macquarie by just 371 votes making it the most marginal seat in the country going into the 2022 poll.

The ALP also led the count in two crucial Labor-held marginal electorates – the southern NSW seat of Eden Monaro (held previously by the ALP by just 0.8 per cent) and the seat of Hunter in the Hunter Valley (previously held by ALP frontbencher Joel Fitzgibbon).

NSW was viewed as a crucial electoral battleground with both major parties eyeing a path to victory through the nation’s most populous state.

While NSW is always important in federal elections because of its sheer size, this election it was even more so because of its high share of marginal Labor seats.

Labor went into the 2022 election holding 19 federal electorates with a margin of 5 per cent or less, and 10 of them are in NSW.

Before the election the Liberal Party hoped to snatch marginal seats from Labor in NSW to offset potential losses in other states. But if Labor can hold most of its marginal electorates in NSW, and possibly snatch seats from the Liberals, that would make the task of reaching the 76 seats for a majority in the House of Representatives easier.

Damaging Liberal Party squabbling over the pre-selection of candidates in crucial seats in NSW hampered the party’s pre-election preparations. Liberal Party candidates for several seats in NSW were only installed days before the election was called because of factional infighting that went all the way to the High Court and resulted in an intervention by Prime Minister Scott Morrison.

On Saturday NSW Premier Dominic Perrottet said the Liberal Party’s preselection processes in the state must be overhauled before the next election.

“I’ve said I think the preselection process in our state was a debacle and I want to make sure it’s improved going forward regardless of what happens tonight,” Perrottet told the Herald. “Even if we’re successful, it doesn’t mean things can’t be improved.”

Mr Perrottet was campaigning in West Ryde, in the hotly contested seat of Bennelong, on Saturday morning after voting earlier in the day in Beecroft. Last night Bennelong was still too close to call althoguh the Liberal candidate, Simon Kennedy, was marginally ahead.

“I think that it would have been nicer if we had lot of candidates on the ground a lot earlier,” she told Channel 7.
“In saying that, when you look at Bennelong and you look at the name recognition that John Alexander had… having him decide to step aside, you just do get automatically that transfer of vote.”