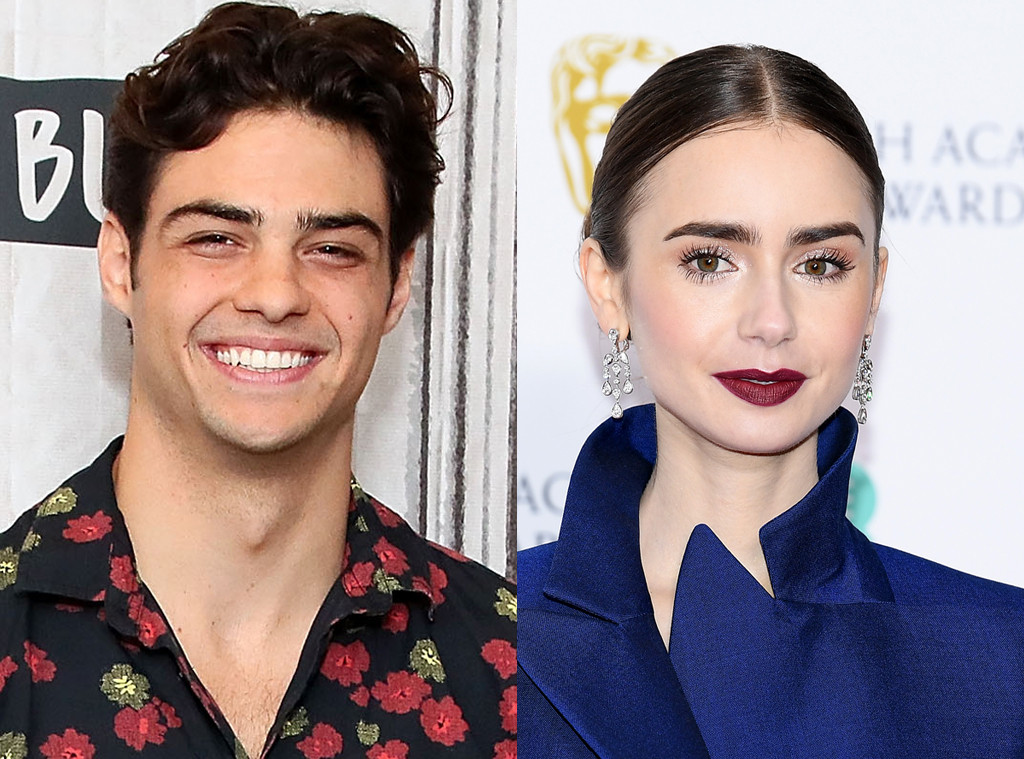 Fans of the actors are buzzing over a recent social media exchange between the To All the Boys I’ve Loved Before star and the Golden Globe nominee. On Tuesday, Centineo made his debut as a Calvin Klein model, stripping down to his underwear for the brand’s latest campaign.

After Centineo, 22, posted the campaign photos to Instagram, showing him lounging in Calvin Klein apparel, Collins, 29, left him a flirty comment.

“I never look that good when I lounge,” Collins commented on the social media post.

This relationship speculation involving the actors, who share the same manager, comes one month after Collins starred in Centineo’s directorial debut. 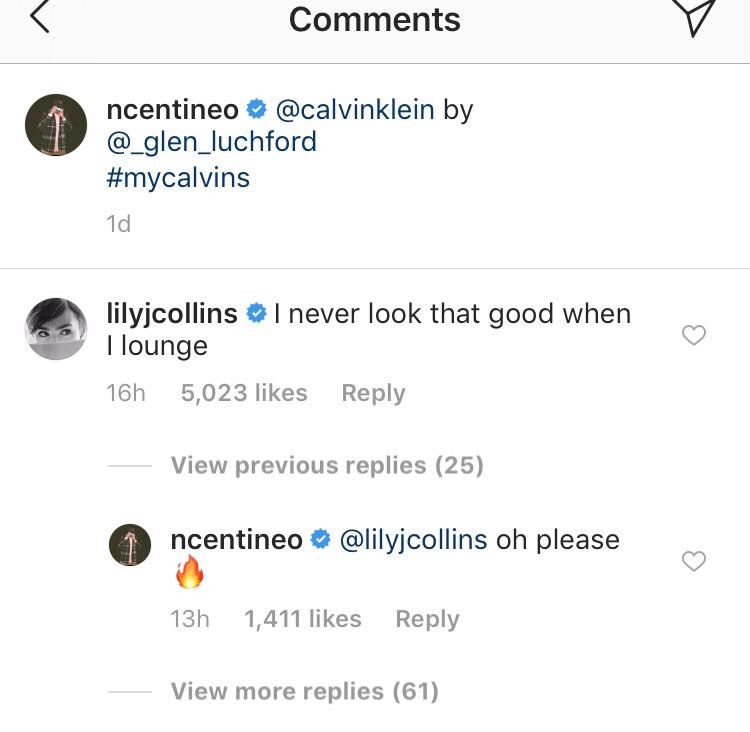 Centineo went behind the camera for producer and DJ ARTY‘s “Save Me Tonight” music video, while also appearing in the visual alongside Collins.

In the video, Collins plays a high school student who gets bullied. After witnessing Collins getting picked on, Centineo befriends her, inviting her to hang with his pals.

“I convinced @artymusic to let me direct the music video for ‘Save Me Tonight’ and somehow @lilycollins agreed to star in it with a bunch of our friends. (I might be in it too),” Centineo tweeted in January. “So stoked to share with y’all, let me know what you think!”

“Take a picture with our baby” @lilyjcollins ??

“Take a picture with our baby” @lilyjcollins ??

Days after premiering the music video, Centineo shared a photo of him and Collins posing with a baby.

In the comments of the post, many social media users suggested that the duo should “date already.” Maybe they took the advice?

Centineo and Collins have yet to comment on the status of their relationship, so we’ll have to wait and see!