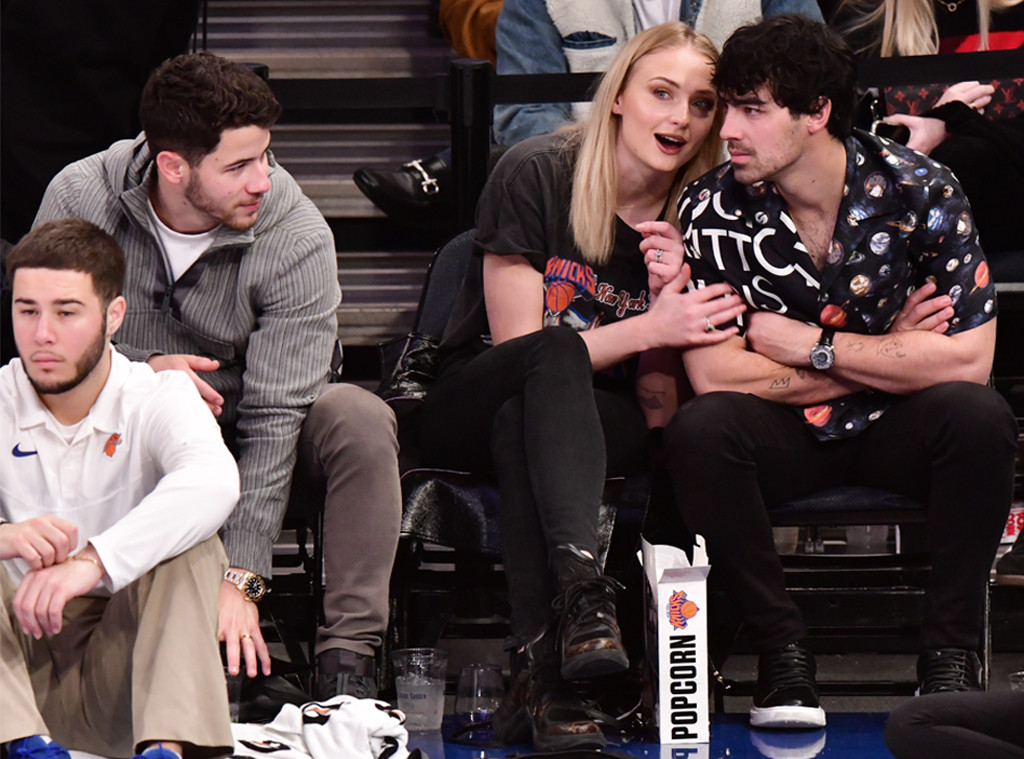 Joe Jonas and Sophie Turner attended a basketball game at New York’s Madison Square Garden on Monday—and his younger brother, Nick Jonas, was the third wheel on their date.

The DNCE singer and the Game of Thrones star packed on the PDA while the Phoenix Suns faced off against the New York Knicks. Sophie cozied up next to her fiancé as they watched the game and tenderly held his arm as she leaned in for a chat. Joe also wrapped his arm around his leading lady and planted a sweet kiss on her forehead. Meanwhile, Nick sat to the side and occasionally looked on at the lovebirds.

Still, all three of them seemed to enjoy the game. Sophie rocked a Knicks T-shirt to show her team spirit and the brothers chatted and cheered, as well. The trio also ate some popcorn, and it looks like the cameras caught Joe thoroughly enjoying the snack.

“Mom I made it,” he wrote on Instagram alongside a photo of him eating his popcorn on the big screen.

Mom I made it!

Mom I made it!

Sadly, Nick’s new wife Priyanka Chopra did not join them for the outing. However, it looks like the newlyweds will be celebrating together soon. On Wednesday, Nick was spotted arriving in Mumbai. A source told E! News the new Mr. and Mrs. Jonas are celebrating their marriage with another reception this week. The event will take place nearly three weeks after the couple wed in two ceremonies.

Soon, it will be Sophie and Joe’s turn to tie the knot.

The two became engaged in October 2017.