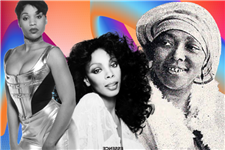 Welcome to The State of R&B, ESSENCE’s look at the past, present and future of rhythm and blues. In this piece, writer Jaelani Turner-Williams addresses claims that today’s R&B is too sexual.

R&B’s era of hyper-sexual content is turning into music’s new taboo. Direct in nature, women artists are taking the opportunity to vocalize their sexual desires, while some men have resorted to ‘toxicity’ and bedroom machismo. Despite recent controversies suggesting sexual content in the genre has suddenly gone too far, eroticism has been present in Black music since before R&B had its name.

When blues was the authoritative sound of Black music during the early 20th century, vocalist Wynonie Harris pushed double entendre-fueled songs, notably his 1952 hit “Keep On Churnin’ (Till the Butter Comes).” A nod to ejaculation, the song was controversial and considered a form of “dirty blues.” But it was preceded by music from other Black women, including Lucille Bogan, Bessie Smith, Irene Scruggs and Julia Lee.

After R&B’s deviation from heartfelt doo-wop and soul music of the ‘50s and ‘60s, the ‘70s and ‘80s introduced bedroom-oriented quiet storm and smooth R&B, a transition that contemporary R&B singer Nia Sultana accredits to soul icons Minnie Riperton and Marvin Gaye. “They sang [about sexuality] so beautifully and sweetly with so many harmonies that it went unnoticed,” Sultana explains.

The dawn of disco and funk led to Black music taking a more erotic turn, as heard in Donna Summer’s 1975 staple “Love to Love You Baby,” where The First Lady of Love simulates an orgasm over a sultry arrangement. The late vocalist recorded the song’s demo with the intention of giving it to another singer, before the song’s co-writer, Giorgio Moroder, convinced Summer to release it. Although “Love to Love You Baby” was a disco hit, the BBC and several other broadcast companies banned the song because of strong sexual references. The song was perhaps the first of its ilk as a commercial single, while other songs of the time traditionally had a more take on sexuality.

“I like how it’s not so in-your-face and it’s not just about sex, it’s also love, romance and ‘I do want to have sex with you, but I also care about your emotions, well-being and soul,’ says singer-songwriter Schenay about music from Summer’s era. “I like how those songs back in the day felt well-rounded as far as their message, it wasn’t so vulgar.”

Vulgarity in R&B took a life of its own in the 1990s, where hip-hop culture was at the forefront of Black music. Hip-hop and R&B began to coexist on Uptown Records, helmed by New Jack Swing acts like Jodeci, Al B. Sure!, Guy and Mary J. Blige. Diddy (then professionally known as Sean Combs) continued to meld hip-hop and R&B together on his urban imprint Bad Boy Records, arguably causing a shift in R&B’s turn from romantic to risque.

“With R&B having to compete with hip-hop unnecessarily because of charting being pushed upon them, R&B [artists] were like, ‘well, we need to stay relevant, too, so let’s also just talk about sexuality in that type of direct and blunt way,” says Mya Abraham, a music journalist and critic.

“I got all kinds of criticism, because the world wasn’t ready,” -Adina Howard

Madina Sissoko,TikTok’s Music Editor, believes the romanticization of previous eras smooths over the facts. “I’ll see a lot of older millennials or Gen-Xers say ‘the music back in my day was all about love, why aren’t we [hearing] this again?,’ she says. “What a lot of people from that generation tend to forget is that a lot of music from the ‘90s and 2000s was also super toxic.”

During the 2000s, sexuality wasn’t always as bold in comparison to contemporary R&B, with girl groups and solo acts singing about being chaste. Ciara’s 2004 breakout hit “Goodies” used a sexual euphemism, but the young vocalist sang about not giving it up. At 18-years-old, Ciara followed the lead of her teenage R&B predecessors like Destiny’s Child, Usher, Brandy and Monica who referenced casual dating and relationships in their music. However, young women in R&B who chose to be open about their sexual motivations were targeted as ‘fast’ and adultified.

A delicate factor to sexuality’s blantantness during the ‘90s includes teenage R&B singers who lyrically tackled sex, like the late Aaliyah, who was groomed by her disgraced former mentor R. Kelly. Sissoko says that one of the sexually-tinged Aaliyah songs she once listened to was “Age Ain’t Nothing But A Number,” which R. Kelly wrote and produced.
“When I heard about Aaliyah, I was fascinated with her because I thought she was so cool, but obviously as a 14-year-old, I didn’t know the context of her relationship with R. Kelly,” Sissoko said. “I can’t listen to that song anymore, because it’s weird.”
***

In 1995, Adina Howard dropped her breakout single “Freak Like Me,” interpolating 1976’s “I’d Rather Be With You” by Bootsy’s Rubber Band. Howard recalls the jarring response to her debut single, which peaked at number two on the Billboard Hot 100 in 1995 and was featured on her breakthrough album Do You Wanna Ride?

“‘What the hell is she doing? That’s not ladylike, that’s ‘raunchy,’ or ‘ratchet’ as what they would call it these days. I got all kinds of criticism, because the world wasn’t ready,” Howard says. “When a woman decided that she was going to [be sexually explicit] on her own, there was a whole bunch of hoopla like ‘how dare she?’ It’s okay for men to be womanizers and put us out there in such a light, but when a woman takes control of that, now all of a sudden she’s trifling. I was like, “Whatever, I’m still going to do me, regardless of what you think.” 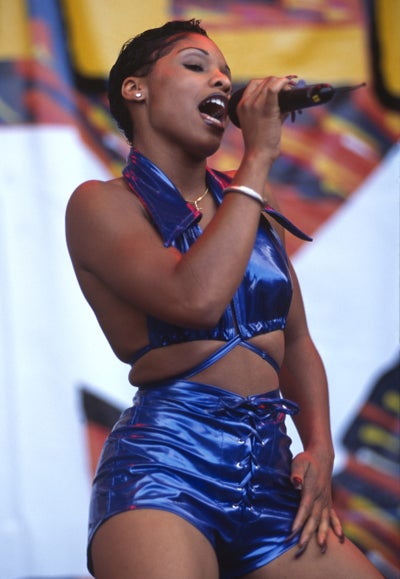 Howard, who released her latest single “Keep Lookin” in April, was a muse for R&B and pop vocalist Chlöe, who sampled “Freak Like Me” in her “Surprise” performance during the 2022 BET Awards. Chlöe, who’s one-half of duo Chloe x Halle, also released a sultry cover of “Freak Like Me” for Spotify Singles, paying homage to Howard. Embracing contemporary artists like Summer Walker, Jazmine Sullivan and Chlöe, Howard’s early work carved a space for Black women to be comfortable in their sexuality.

“I’m grateful that I was able to create something that is still standing the test of time, and that is a blueprint for other artists to be able to take from,” she says. “At the end of the day, these young ladies are able to sing their truth. Even if it isn’t their truth, they still have that platform to be artistic. I’m like, ‘If the guys can do it, then we should be able to do it, too.”

“It’s somewhat the same content in my opinion. I feel like it’s just evolved a bit based on our ever-changing world.” -Peyton on R&B’s more sexual lyrical content

While early-2000s R&B was slightly cookie-cutter with the rise of teenage boy bands and girl groups, some singers still sought to express their sexual autonomy. Janet Jackson re-entered the game after a 4-year hiatus with 2001’s All For You. On the titular song, she teased casual sex with a club-going prospect. Usher had the dilemma of being caught in between two women on “U Remind Me” from his third album 8701, with promotional images from the LP solidifying his ab-baring playboy status. Over time, sexuality in R&B went from intimate relationships to club anthems helmed by Rihanna, T-Pain, Ne-Yo and others, and the lyrics became increasingly audacious.

With decades of raunchy R&B in the archives, listeners are noting that sexual R&B isn’t new.  Today’s artists are simply building on the groundwork previous performers laid down.

“It’s somewhat the same content in my opinion. I feel like it’s just evolved a bit based on our ever-changing world,” singer-songwriter Peyton says. She also notes that younger singers may not have the same outlook on love as their predecessors. “On the mainstream tip, you’re not hearing a lot of music that’s like ‘I want to settle down’ and I think that just has to do with the era. A lot of people right now are focusing on bettering themselves and settling wouldn’t make sense.”

Freedom is at the core.

Sultana adds that she writes about sex from a liberated perspective: “When I wrote my song ‘Ambiance,’ I was taking a bad experience and spinning it to feel really empowered and I wanted other women to feel that. That’s the biggest takeaway – when I talk about sex it’s either liberating or very beautiful and poetic,” she says.

R&B goes from subdued to racy and back again at whim. So, it isn’t entirely accurate to say the genre has strayed from its puritanical roots. Maybe the true issue listeners have is not feeling like the bedroom-ready content isn’t balanced out by equally popular, mild material. Of course, R&B artists use sexual lyrics to communicate their devotion, still, the romance factor has waned, much to the disappointment of certain audience members who long for something different. As sexuality is deeply interwoven with the roots of Black music, R&B artists will continue to use its intimate details for self-expression, regardless of some listeners’ trepidation around talking about sex.