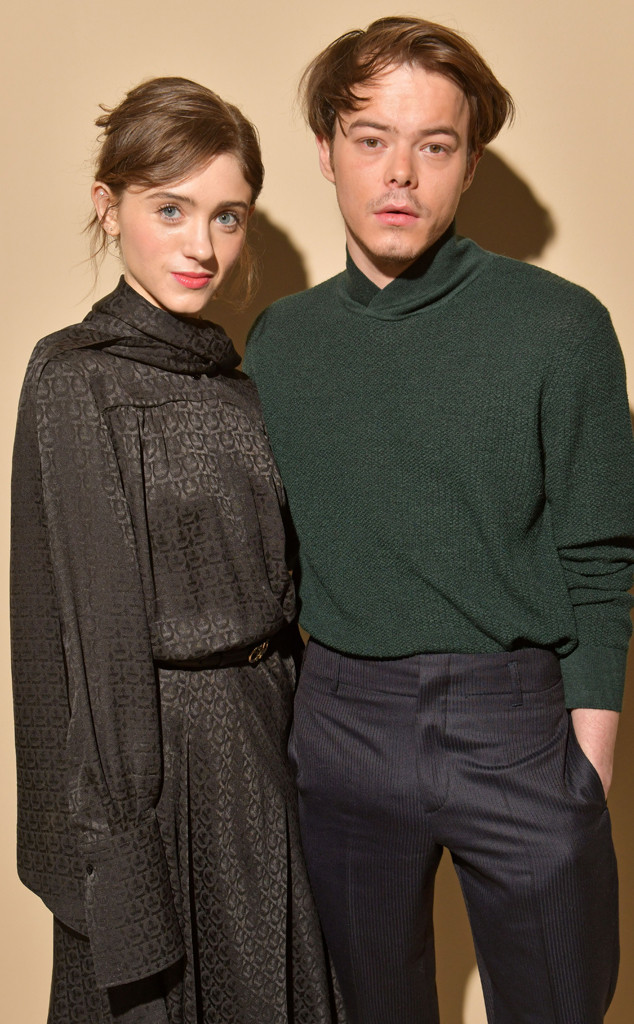 Well, this is one way to get to know your significant other.

TV and real-life couple Natalia Dyer and Charlie Heaton each found themselves in the hot seat when they sat down to take a lie detector test for Vanity Fair. The Stranger Things on-screen lovebirds, who are also dating behind the scenes, took turns asking and answering the questions, leading to a Q&A that was equal parts unusual and adorable.

With Heaton answering first, Dyer interrogated him on a variety of subjects, from whether he ever purposefully trashed a hotel room to whether her character, Nancy Wheeler, would be into him.

The actor answered no on the latter. As for the former, he noted with a laugh, “Not on purpose.” While the star did get flustered with some of the questions, Heaton passed, impressing his famous partner.

Next, it was Natalia’s turn. With the lie detector spotlight on the actress, Heaton got to inquire about her celebrity crushes.

“Who was your biggest celebrity crush?” the actor inquired.

“I think Orlando Bloom when Lord of the Rings was…I don’t know,” she answered. “We had the same birthday.”

But, when it came time for her current celebrity crush, Dyer didn’t give a name. Heaton also questioned her about her first impression of him. “You’re scared of bugs,” she described. “You’re cool. You’re a cool guy. You’re a drummer in a band.”

Then, he wondered if that impression is still true. “You’re cool. Of course you’re a cool guy,” she assured him. Fortunately, it was confirmed she wasn’t bluffing.

Watch it all unfold in the video above!