Moving on! Selling Sunset star Jason Oppenheim packed on the PDA with Marie-Lou seven months after his split from costar Chrishell Stause, Us Weekly can confirm.

‘Selling Sunset’ Cast’s Love Lives: Who the Netflix Stars Are Dating Off Screen

The Oppenheim Group cofounder, 45 — who was spotted kissing the model in Greece on Friday, July 8 — is “really happy and in a good place,” a source told Us on Monday, July 11, the same day the Daily Mail obtained the steamy images.

While the real estate broker follows the influencer on Instagram, a second insider told Us on Monday that it’s just a casual fling. “It appears to be a random hookup while he was in Mykonos. Nothing serious,” the source said.

The Netflix star has been laying low in the love department since his December 2021 breakup from Stause, 40. He later told Us that going their separate ways was “extremely difficult” — which is why they decided not to film it.

“It was an extremely difficult time and it was, I think, a conscious decision that we were not filmed together,” the real estate broker exclusively told Us in April. “I wasn’t comfortable. I mean, it was a very difficult time.”

Oppenheim ultimately called it quits with the Kentucky native after several months of dating because he didn’t want to have children while she plans to be a mother someday.

Stause herself explained that was the reason for their breakup, taking to Instagram the same day that Us confirmed the two had split in December 2021.

“Jason was and is my best friend, and other than our ideas for family ultimately not being aligned, the amount of respect and love we have for each other will not change going forward,” she wrote via social media at the time.

For his part, Oppenheim told Us, “I think that I made the right decision for myself, but also I think it’s just extremely difficult,” he revealed to Us of the breakup in April, noting that he “love[s] her still. I always will. She’s a great woman so there’s just a lot of loss there.”

While this is the realtor’s first public romance since his split from Stause, his ex-girlfriend — who was married to This Is Us alum Justin Hartley from 2017 to 2019 — has been going strong with partner G Flip for months. While the two confirmed their relationship in May, eagle-eyed fans already noticed the pair seemed to be flirty via Instagram as early as February.

Stause first announced her relationship with the musician, 27, at the Selling Sunset reunion in May. 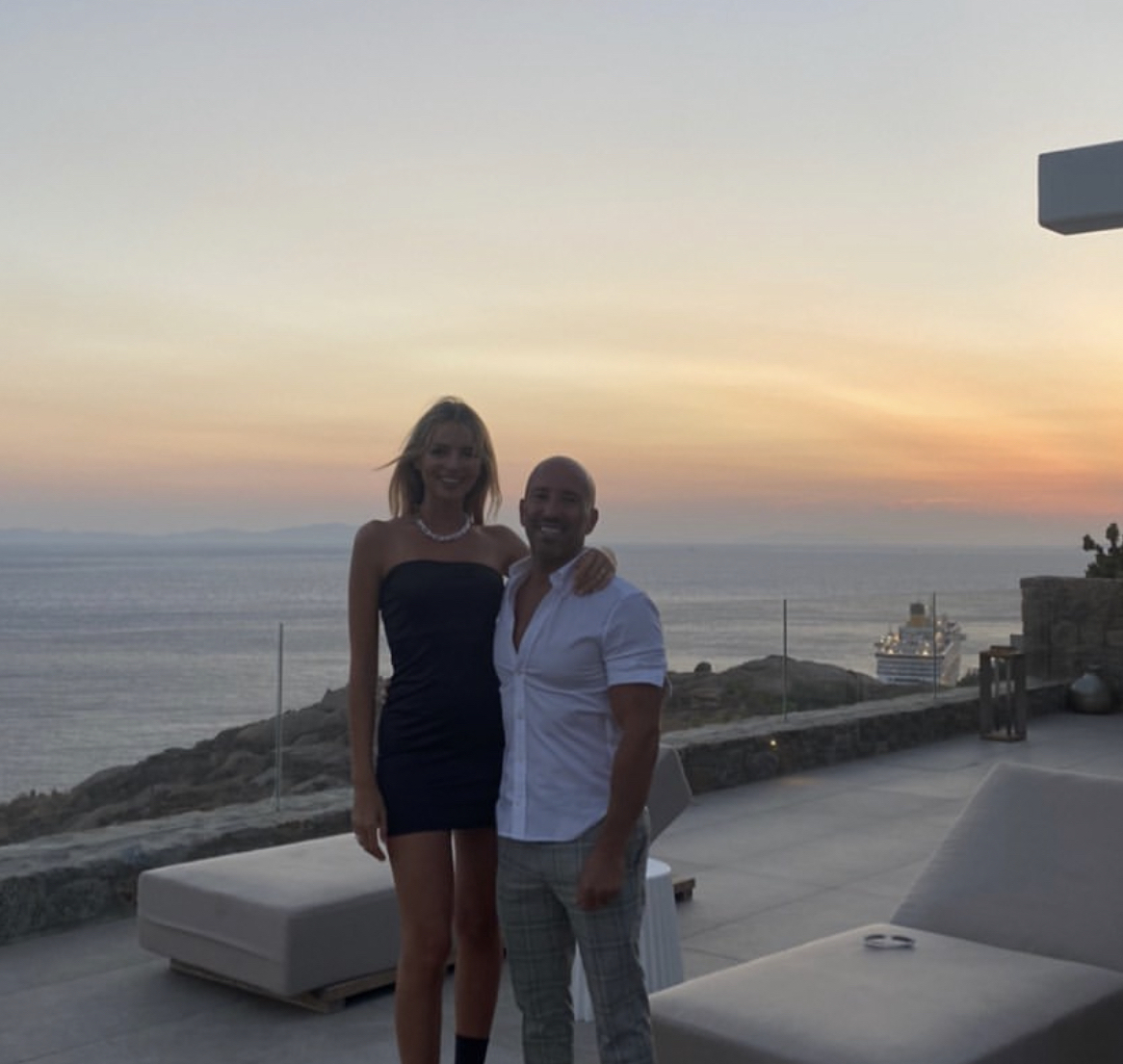 “I recently have been spending a lot of time with someone that’s very important to me. Their name is G Flip,” she explained, adding, “They’re nonbinary, so they go by they/them.”

Soon after her relationship reveal, Stause took to Instagram to explain more about the “Get Me Outta Here” singer’s gender identity.

“They really feel like they are a mix. They identify on both sides of male and female. I personally find [it] such a beautiful mix and it’s probably why we did connect on such a deep level so quick,” she told fans, adding that she has always been “attracted to masculine energy and I don’t care what the form is.”

For his part, Oppenheim appeared genuinely happy for his ex and her new romance while watching her share the news on the reunion.

“They seem like a badass, for one. And two, the smile that’s been on your face the last couple [of] minutes makes me very happy,” he told Stause. “So I’m proud of you.”

With reporting by Hannah Kahn and Diana Cooper