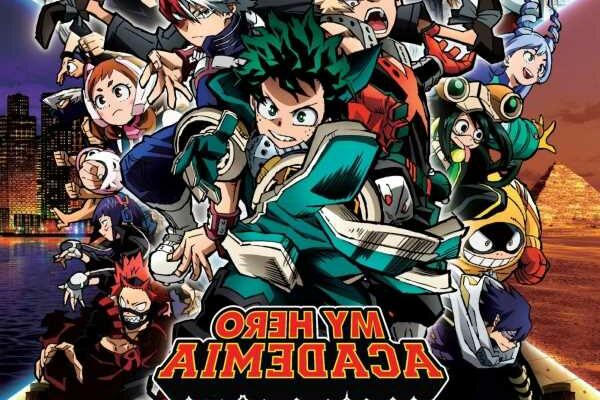 My Hero Academia is one of the most popular anime currently on air, and it’s given fans three movies to enjoy on top of its current five seasons (soon to be six). The series’ first theatrical release arrived in the form of My Hero Academia: Two Heroes back in 2018. Since then, My Hero Academia: Heroes Rising debuted in 2019/2020, and My Hero Academia: World Heroes’ Mission hit theaters in 2021.

While none of the films are technically canon, they all give fans the opportunity to spend more time with Deku and his classmates — usually while they’re fighting an unexpected new threat. How do the three films compare to one another on a scale from pretty good to Plus Ultra?

Of all 3 films, ‘Two Heroes’ is the weakest

My Hero Academia has gotten better with each season, so it makes sense the movies are leveling up alongside the anime. Although there’s nothing wrong with Two Heroes, it’s certainly the weakest of the three films. While it does enable viewers to focus on All Might and his backstory, it doesn’t give Class 1-A as much time to shine as the other two movies.

That’s likely because Two Heroes is set at the beginning of their hero education. My Hero Academia‘s main characters still have a long way to go when it comes to mastering their Quirks when this movie takes place. That’s evident in the final battle, which doesn’t hold a candle to the action featured in the other two films.

While the showdown against Wolfram is epic, Deku and his friends rely on All Might to help them secure a victory. On the heels of season 3, seeing All Might use his power did prove satisfying. However, his arrival did make the stakes feel significantly lower, if only because it’s hard to envision All Might and Class 1-A losing.

My Hero Academia: World Heroes’ Mission is currently playing in theaters, and there’s no denying it takes U.A. High’s slogan to heart and goes beyond. When a terrorist organization committed to eradicating Quirks surfaces, the Pro Heroes are called in to investigate.

The third My Hero film has many strengths, and its premise is certainly one of them. Fans have heard of Quirk Doomsday Theory before. However, the anime has never explored the ideology in much depth. World Heroes’ Mission gives the writers room to do so. It also enables them to question how society may react to a threat caused by Quirk users.

Apart from the sociopolitical elements of World Heroes’ Mission, the film also features some epic action sequences. Deku, Bakugo, and Todoroki all get their moment to shine in this film. But despite how powerful they’ve become, fans will find themselves waiting on edge to see how they fare against Flect Turn and his minions. If World Heroes’ Mission does one thing well, it’s building suspense. The end of the film will truly have fans questioning who wins.

World Heroes’ Mission also introduces a slate of new characters, including the lovable Rody Soul. Every one of the anime’s films has featured new faces. However, Rody is probably the most interesting of the movie additions.

‘Heroes Rising’ is the strongest of the ‘My Hero Academia’ movies

Of all three My Hero Academia movies, Heroes Rising is undoubtedly the most Plus Ultra. The film sees Deku and his classmates defending a remote island from the unexpected arrival of a powerful villain named Nine. Given that Nine can steal Quirks, he makes a formidable opponent. Arguably, he’s the most interesting movie villain we’ve met so far.

There are a few reasons this film tops the other two, one of them being its focus on the relationship between Deku and Bakugo. Their rivalry is at the center of the anime, and it’s an aspect of the story that keeps many viewers watching. This film digs deeper into their complicated dynamic, and it gives fans the chance to explore a big what if: what if Bakugo had gotten One for All?

Heroes Rising also gives each member of Class 1-A a moment to shine, something that makes for an epic showdown against Nine. Not only do their attempts to stop the villain make the stakes feel higher, but they underscore how far each character has come since season 1. By comparison, World Heroes’ Mission simply doesn’t do the entirety of Class 1-A justice.

The second movie also gives Deku’s classmates a chance to prove themselves without the help of Pro Heroes. That independence is precisely what they’re working toward during the anime, so it’s nice to see some payoff.

Heroes Rising remains the best My Hero film, even after World Heroes’ Mission, but that isn’t saying much. All three movies are well worth seeing and stand out in their own right. This one’s just slightly more Plus Ultra than the other two.