A GRANDMOTHER has been left disfigured after a "wart" on her nose led to half her face being cut away by surgeons.

Now, Sheila Chadwick’s nine-year-old grandson is too scared to look at her new face, which she describes as “horrifying”. 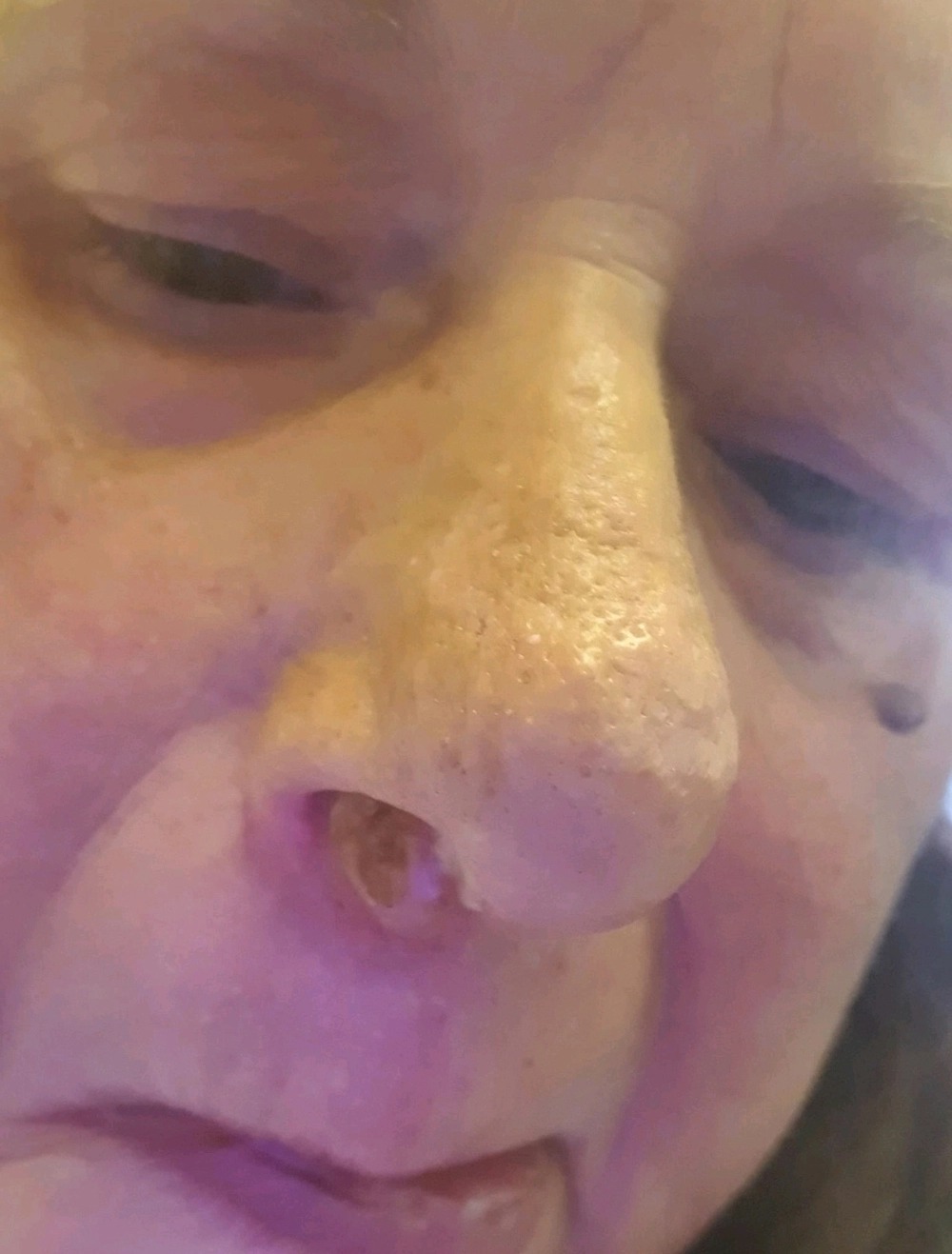 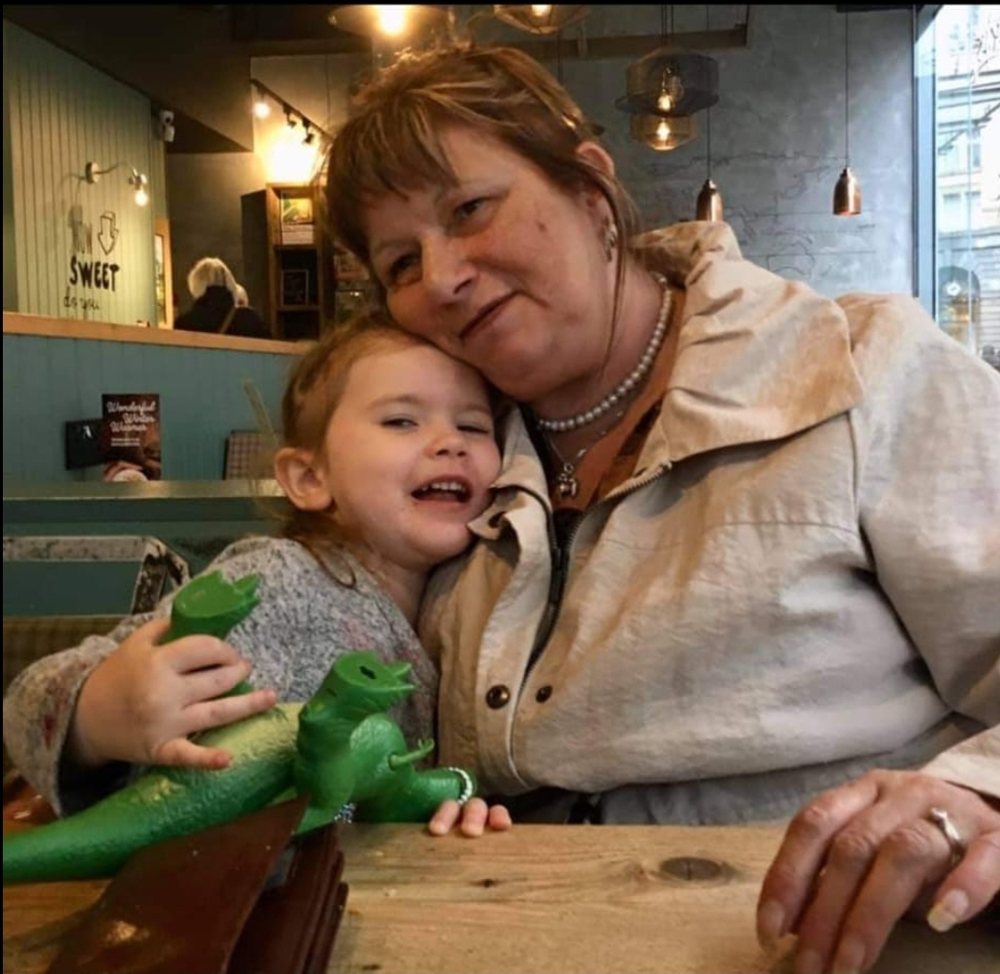 She had two major operations to cut it out, but still needs more surgery later this month, including to remove her nose entirely, which will essentially leave her with half a face.

Sheila, a former supermarket worker, will be given a “prosthetic face” to wear to mask her inevitable disfigurement.

But the grandmother-of-four said: “Doctors say they can provide me with a prosthetic jelly face to stick on. I am terrified I will look like Freddy Krueger. 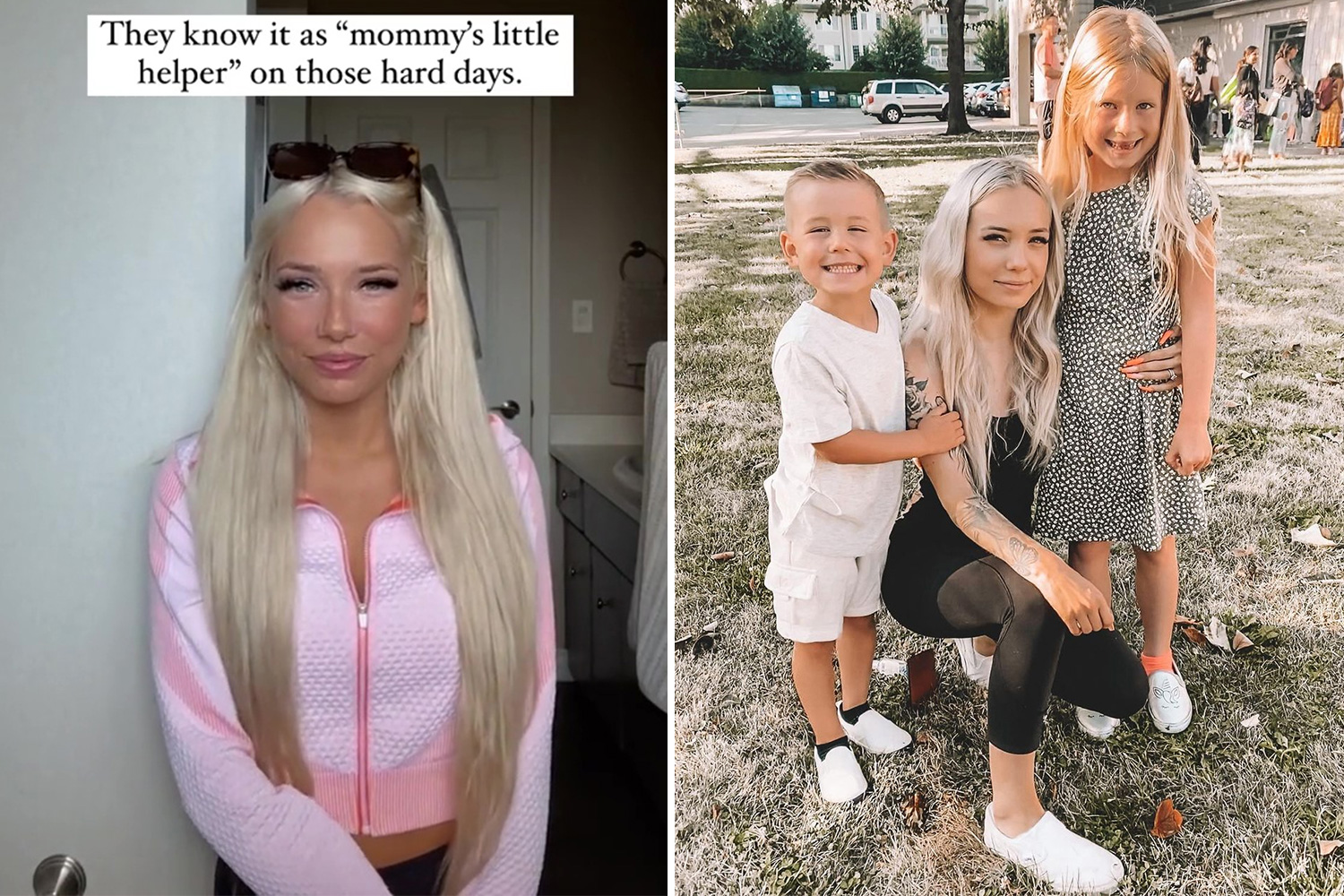 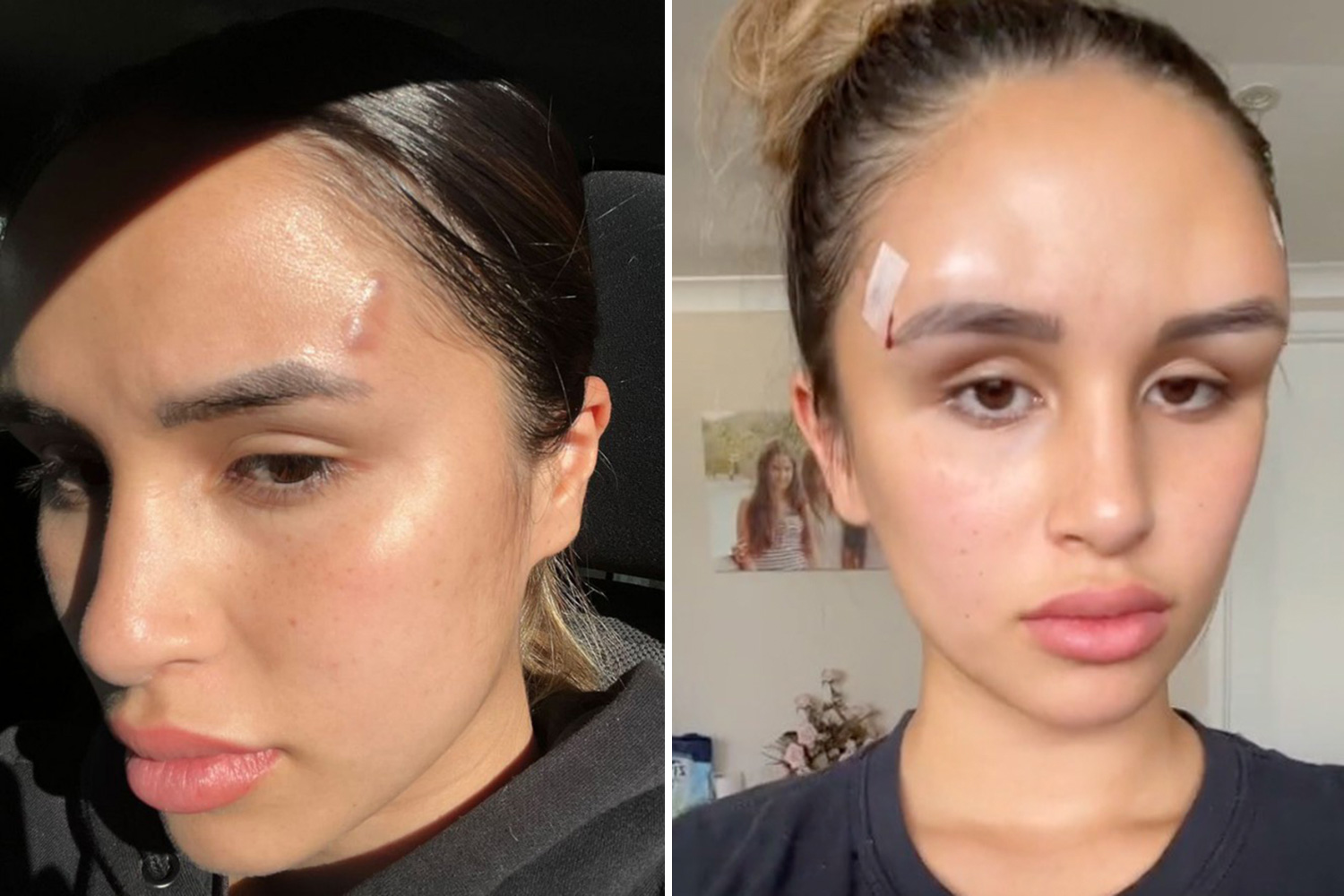 “My grandson won’t look at me. It’s devastating. He will only give me a cuddle with his head down.

“I’ve had a hellish year, and I’m worried about the future. I don’t know if I will be able to cope without a face.”

Sheila, who lives in Bradford, West Yorkshire, with her husband of 34 years, David Chadwick, 64, first felt something in her right nostril in January 2021 and could not wipe it away. 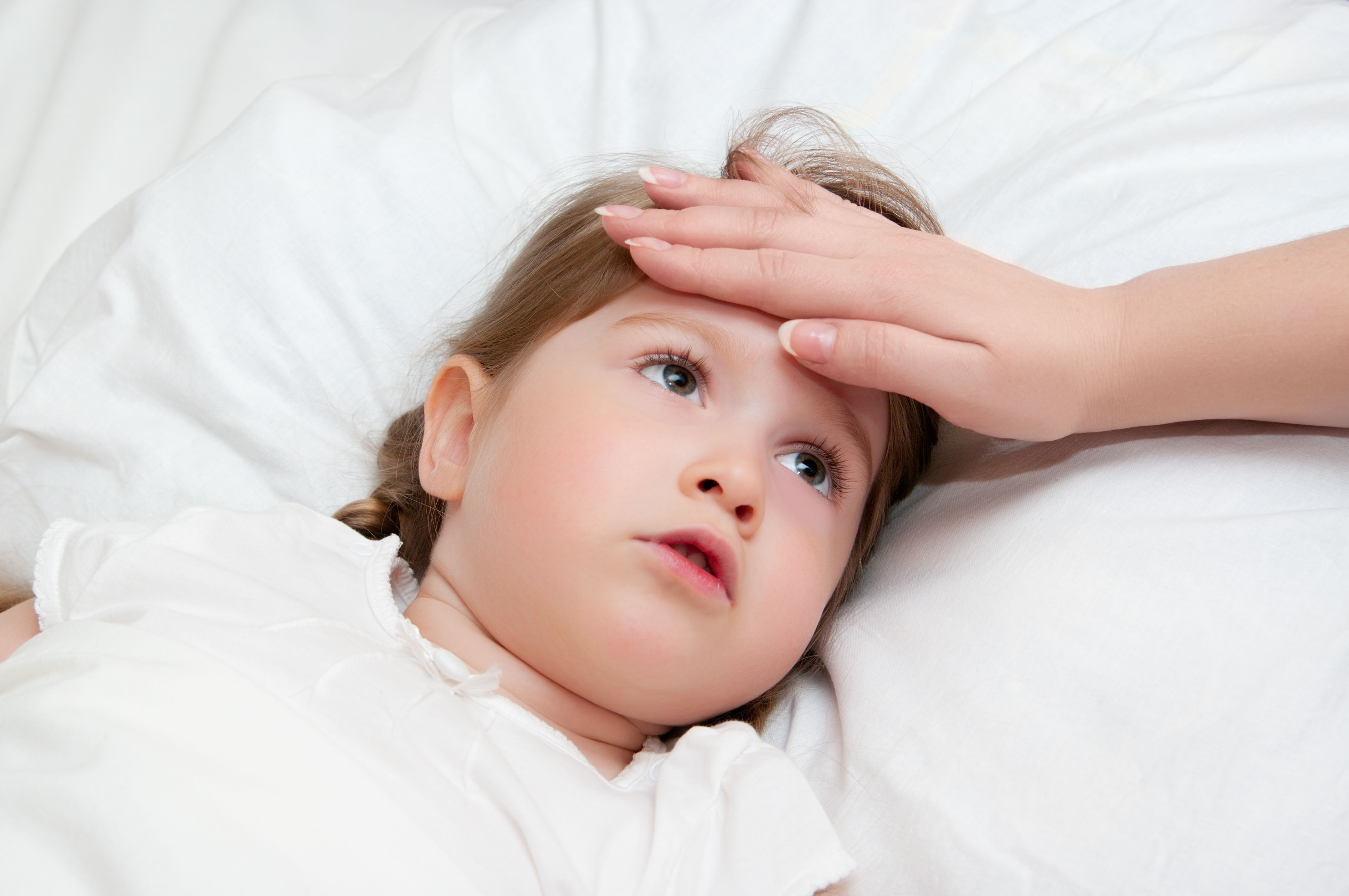 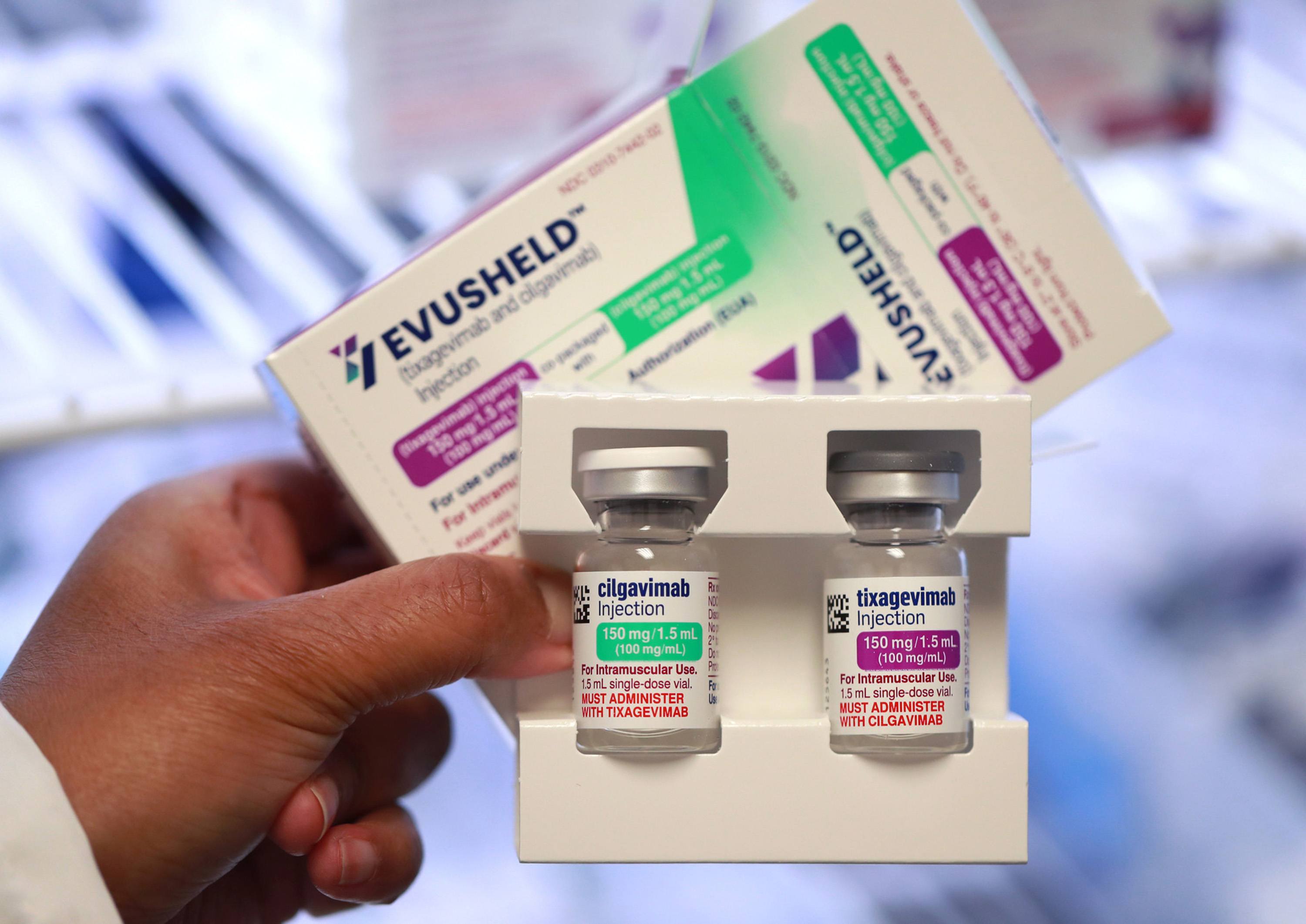 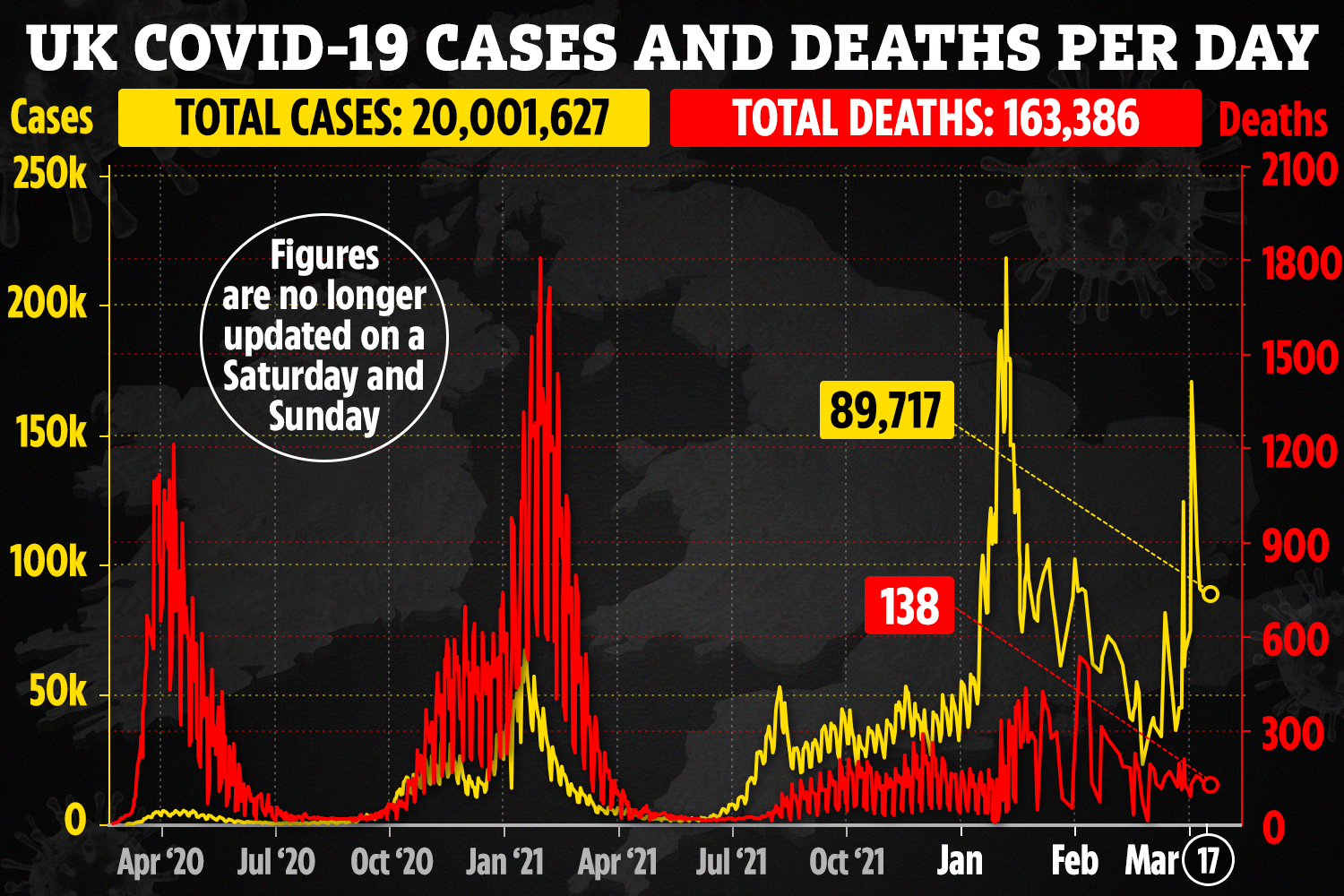 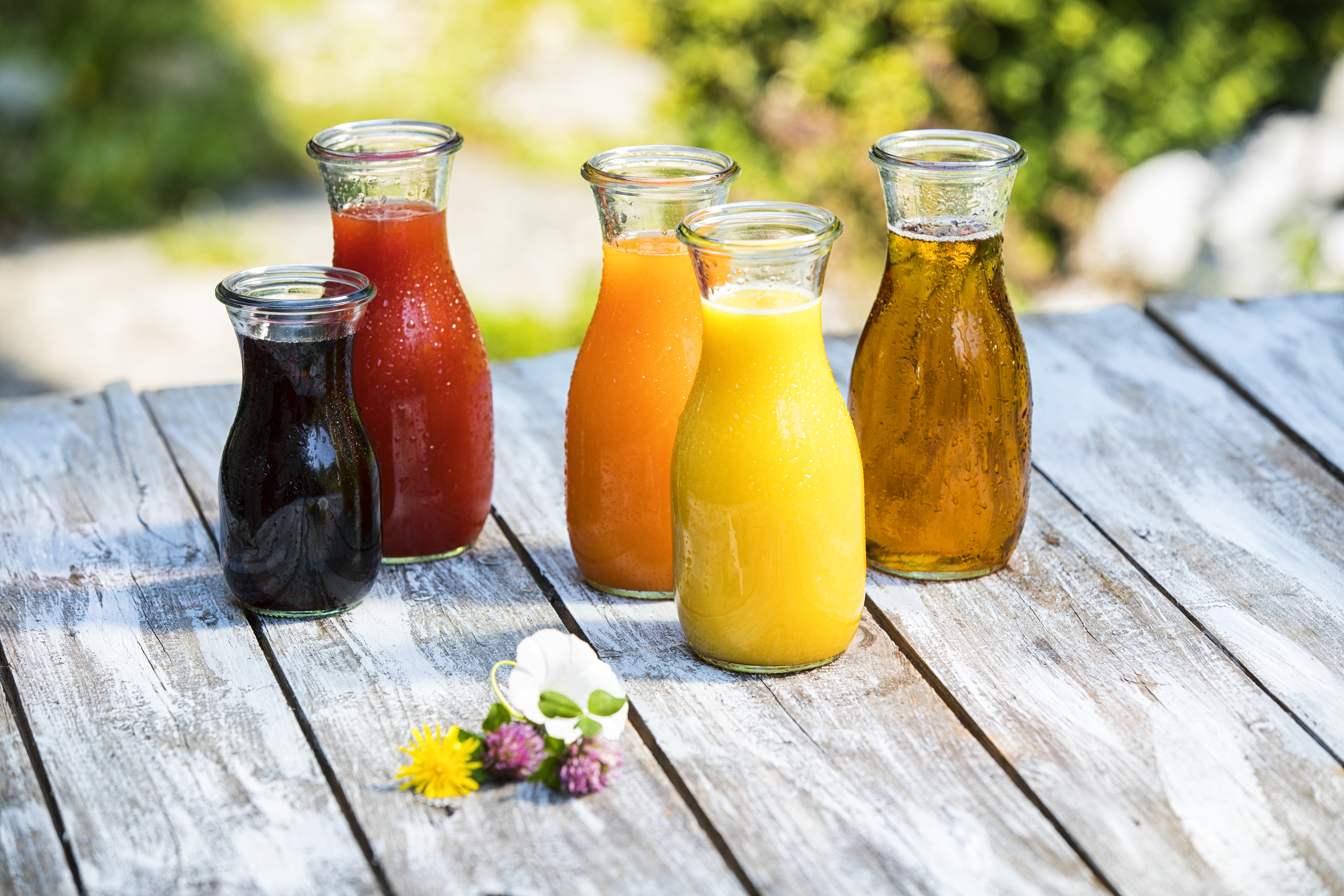 She said: "It just looked like a little bogey at the time. I tried to pick it.

"But when it wouldn't go I saw my GP a few times and they reassured me that it was just a wart and I had nothing to worry about."

But by July, medics at Bradford Royal Infirmary grew concerned, as the “wart” had spread to the outside of her nostril and was covering her entire nose.

A biopsy confirmed their worst fears that it was squamous cell carcinoma, the second most common form of skin cancer.

While it is usually easily treated, if allowed to grow, the lesions can become disfiguring, dangerous and even deadly, according to The Skin Cancer Foundation.

Doctors feared that Sheila's COPD, a lung condition, meant she would not survive surgery.

So they instead gave her 20 rounds of radiotherapy, after which Sheila assumed the cancer had gone. 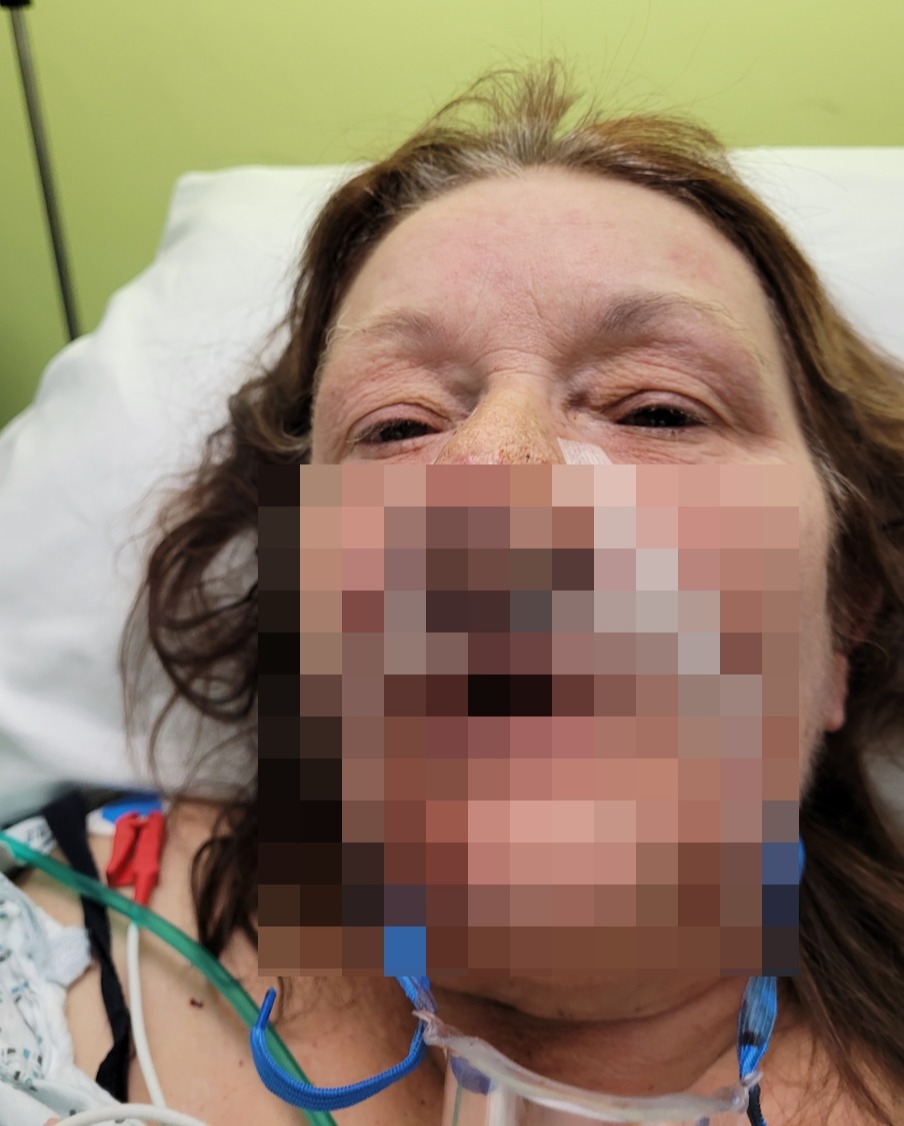 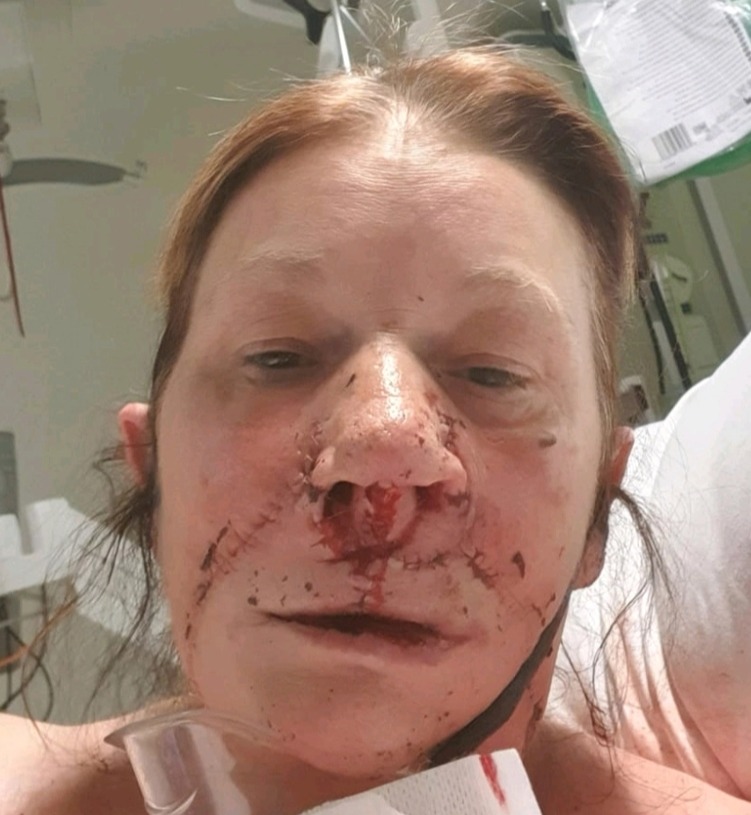 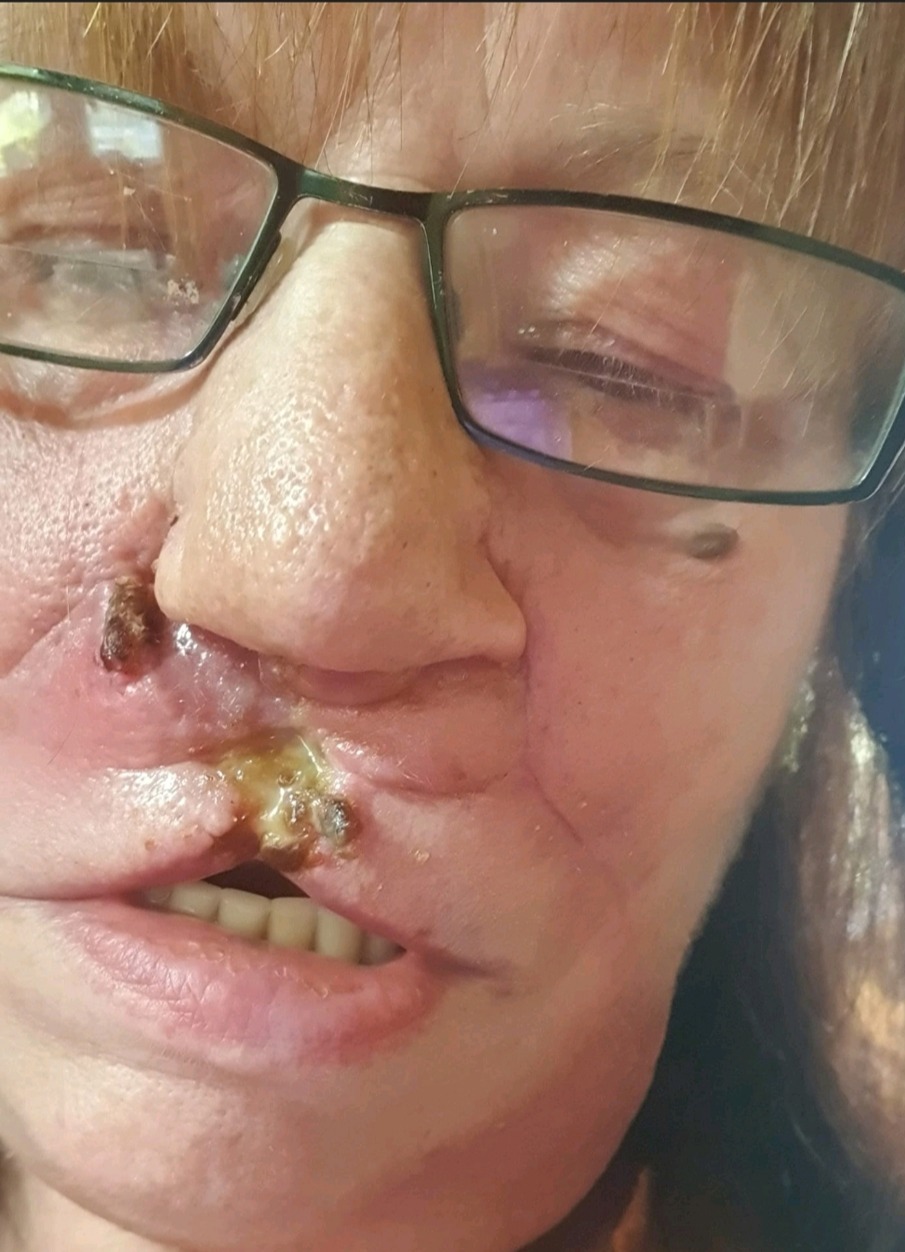 Four weeks later, around September, she found two lumps on the right side of her neck and a biopsy revealed the cancer had spread.

She had to endure another 20 punishing rounds of radiotherapy in October 2021 to save her life.

But, by November, another growth appeared in her left nostril and she was told radiotherapy would no longer be effective.

Surgery was her only option, as Sheila said she had to choose between “dying on the operating table, or “dying of cancer”.

She said: "I felt like life was just being so unfair.

"Even though surgery was dangerous, it was now the only option.”

During seven hours of surgery in November, doctors removed part of Sheila’s upper lip and nose, while skin from her cheeks was used to rebuild part of her cleft palate.

I don’t know if I want to see my grandchildren like this, as I don’t want to scare them.

Sheila, whose nose overflowed with a constant stream of pus after the surgery, said: “Even though my family were shocked when they looked at me, I was grateful to be alive and cancer-free.

"I need to do it for my husband, my children and grandchildren.”

In January, Sheila had the two lumps in her neck removed and sent for biopsy.

Her life came crashing down once more when the results showed the cancer was still present.

Sheila also had reconstructive surgery on her face. But sadly, her nose started to overflow with pus and the corner disconnected.

Sheila will be having further surgery later this month to remove her nose, her top lip and part of her top gum.

It will effectively leave her without a face and severe disfigurement, for which the prosthetic face is hoped to help.

Due to the extensive nature of the surgery, Sheila will have a feeding tube and will never be able to eat or drink again on her own.

Sheila said: “I think at least I’ll be able to eat an ice lolly.

"I never expected to be here today, but I’m scared I won’t be able to cope.

“I don’t know if I want to see my grandchildren like this, as I don’t want to scare them.

“I feel so tired and exhausted."

Speaking of her husband, Sheila said: "Our lives will change forever, but I'm so grateful to have David by my side, where he has been for 34 years.

"We are both determined to live for each other and for our children and grandchildren.

"My family is everything, I want to be able to hug them. I want to make memories with them. I would have given up a long time ago without them."

Mel said: "Seeing her go through something so devastating after all she’s sacrificed has broken me. I wish I could help her.

"I wish I could take some pain away."

As for David, it is heartbreaking watching the woman he loves so entirely endure such a cruel disease.

He said: "To have to smell the cancer eating away at her face is terrible.

"It's been hard and emotional, but we will get through it together." 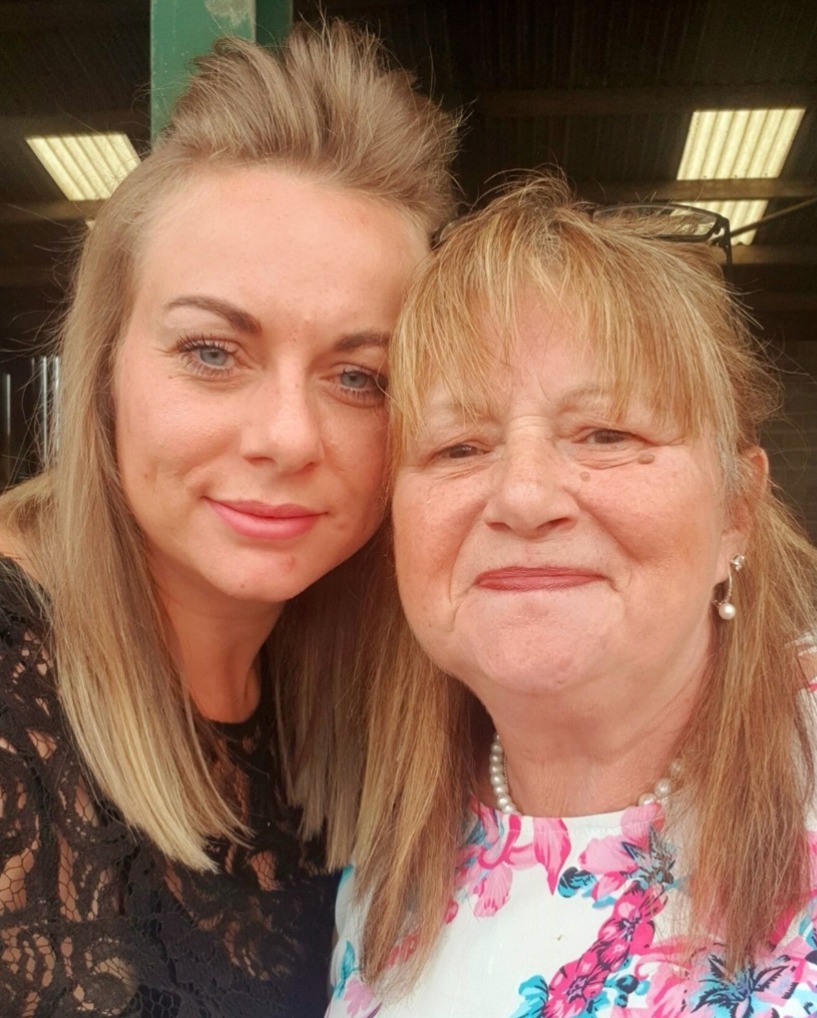