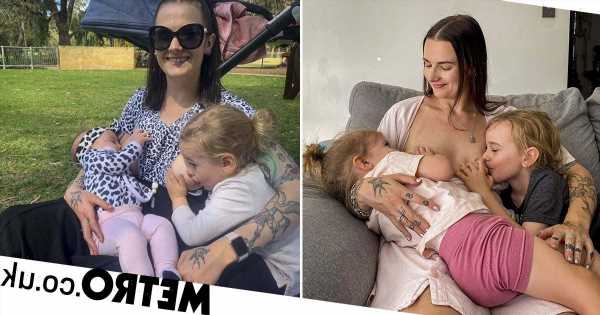 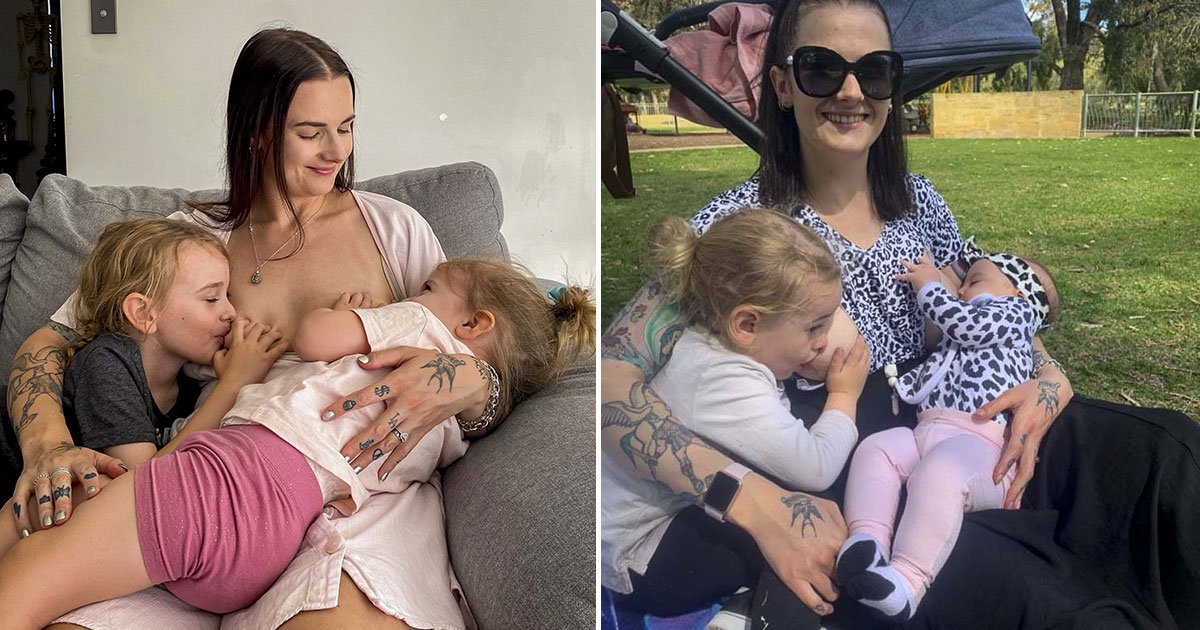 This mum-of-two still breastfeeds her five-year-old son, and vows to only stop when he wants to – despite trolls claiming she’s ‘abusing’ her child.

Lauren McLeod, 29, had her first child, Bowie, in August 2017 and hoped she would breastfeed him until the age of two, as her own mum did with her.

But Bowie showed no signs of self-weaning, so Lauren continued – even after she had her daughter, Tigerlily, now two, in May 2020.

Now Lauren breastfeeds both of her children – with Bowie feeding three times a week, and Tigerlily feeding ‘on-demand’.

Trolls have accused Lauren, who lives in Perth, Western Australia, with her husband, Anders, 33, of child abuse and that the practice is “gross”.

But Lauren believes her children will wean themselves off breastmilk on their own terms, and thinks Bowie will soon decide to stop.

Lauren, a doula, said: ‘Breastfeeding beyond infancy is completely normal.

‘I never thought I’d be breastfeeding my five-year-old but I’m like any other mum doing the best I can for my children.

‘It’s not weird or sexual, it’s completely normal and I will keep going until they want to stop.’

In fact, Lauren will be sad to see the day when neither Bowie or Tigerlily are breastfed.

She said: ‘I get upset thinking about when we do stop – it’s been a huge part of our lives.’

‘Bowie only feeds at bedtime and a few times a week. I think he’ll stop by age six.’

Trolls have attacked Lauren online, accusing her of being “gross” and one even called her an “abuser”.

She explained: ‘Occasionally people will say something really mean, coming from a lack of education, but nobody has ever said anything to my face.

“Someone accused me of not feeding him food – of course we do.

‘I believe we’re doing the right thing for us.’

When Lauren’s youngest child, Tigerlily was born, she had to reduce Bowie’s feeds.

‘She said: ‘I had to set more boundaries for myself when Tigerlily was born because I was breastfeeding both of them – I started to feed Bowie less.’

Lauren then made the decision to night wean Tigerlily after she experienced feelings of being ‘touched-out’ – when you are overwhelmed from being touched too often.

‘Tigerlily doesn’t feed through the night anymore but she feeds on-demand in the day. It’s a nice comfort for her.’

“It’s a beautiful thing for us to bond and reconnect after a long day,’ Lauren said.

Lauren has even breastfed her friend’s baby who won’t take bottles when she has babysat them.

She said: ‘I’ve breastfed my friend’s baby a couple of times, it was totally fine.

‘It was a little strange feeding a baby who wasn’t mine, but not in a bad way.

‘It felt so natural, and it was really nice to help my friend as he was only eight months old, and she didn’t want to leave him with anyone else.’

The mum-of-two believes society should normalise breastfeeding each other’s babies.

‘A lot of breastfed babies won’t take bottles and it makes it harder for breastfeeding people to go back to work.

‘It’s like that saying, it takes a village, and it’s a really beautiful way to look at it.

‘People have been doing this since the dawn of time, grandparents would feed their grandchildren.

Lauren has also donated a lot of express milk to parents who need it. She admits that she’s ‘lucky’ to have had an easy breastfeeding journey.

‘I’ve had no major struggles’ she says.

2. Make sure you’re comfortable before latching a baby – sit with your shoulders back and relaxed with lots of pillows and bring the baby up to you.

3. Eat lots of food and take care of yourself.

4. Breastfeed in the side lying position in the early days if you feel sore.

6. Ask your midwife to check for tongue and lip ties as they are really common and can cause issues with latching.