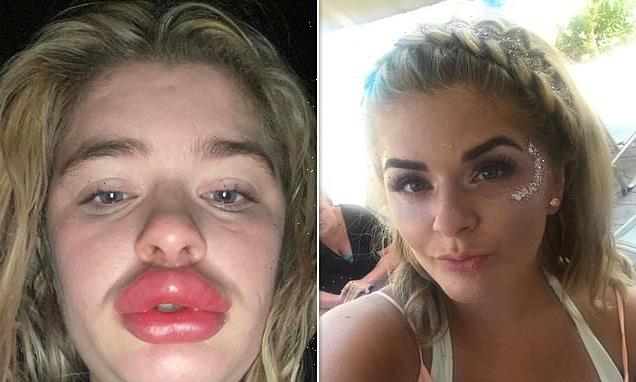 A mum-of-two who looked ‘like a blow-up doll’ after an allergic reaction to lip fillers claims doctors laughed at her ‘fish lips’ when she went to hospital.

Charis Evans, 22, had been having filler injected into her lips for two years when she decided to try out a different salon.

But after forking out £90 to have her filler topped up, Charis, from Birkenhead, Merseyside, claims her lips ballooned to four times their normal size and felt like they might burst.

She said: ‘When I went and got them done, they started swelling quite soon after. 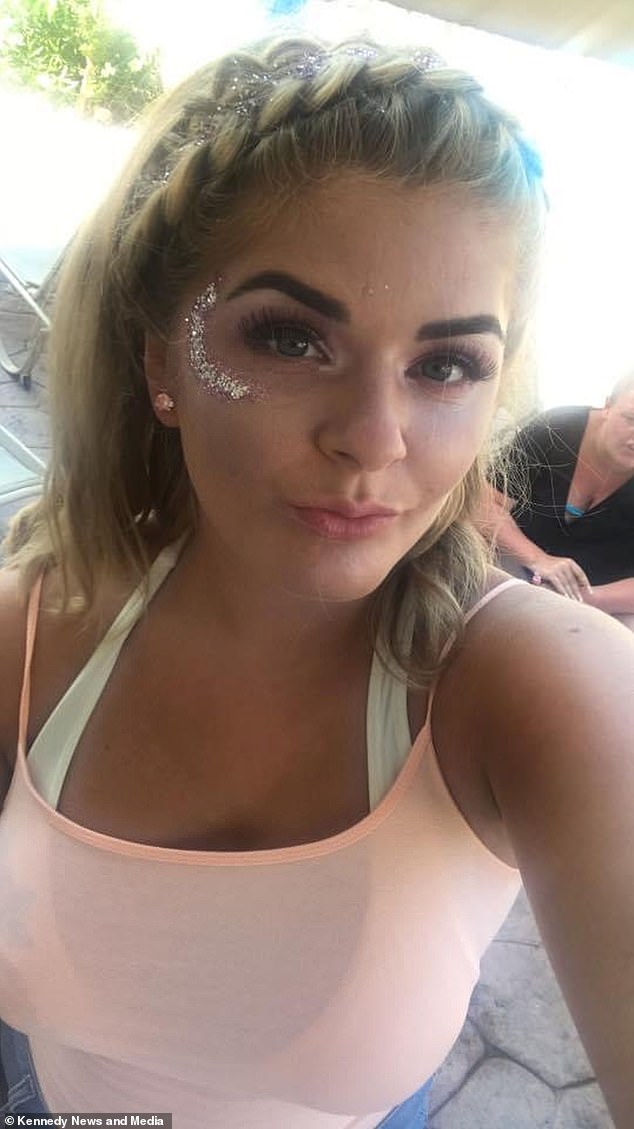 Charis Evans, 22, from Merseyside, (pictured before the procedure) had been having filler in her lips for two years and went for a routine top-up at a new salon 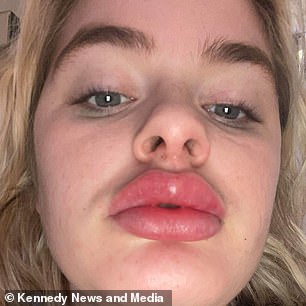 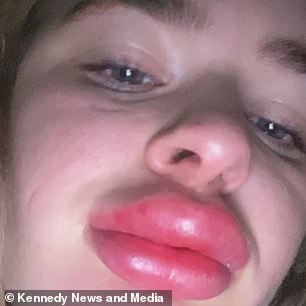 ‘I went to my mum’s and she said they looked really swollen but they do swell up anyway at first. They were really swollen in the space of a couple of hours.

After feeling like the filler was ‘bursting’ out of her veins, Charis went to a walk-in healthcare centre at 2am where a doctor prescribed her antihistamines.

‘They were about four times bigger. They were really big. The doctor started laughing when I walked in,’ she said. 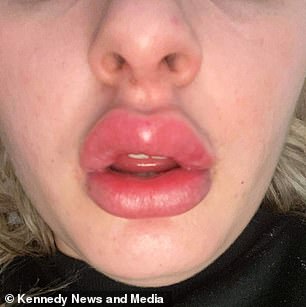 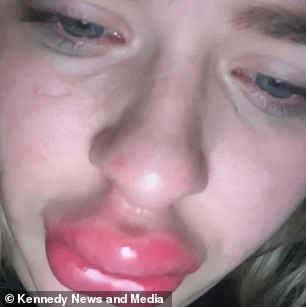 ‘Everyone I showed was mortified. We were wearing masks luckily so I could hide it. I was wearing my mask even on my break, taking a bite of my food and putting my mask back on.

‘My mum was saying my face was ruined. I was scared that it wouldn’t go back to normal, I was panicking. It was painful and it felt like [my lips] were popping open.’

Thankfully, the swelling began to subside after a week, but months later Charis is still suffering the consequences.

‘I try avoid spicy food because every time I’ve eaten something spicy my mum says I look like I’ve had them done again because they swell and I get a burning sensation like they’re stretching,’ she explained. 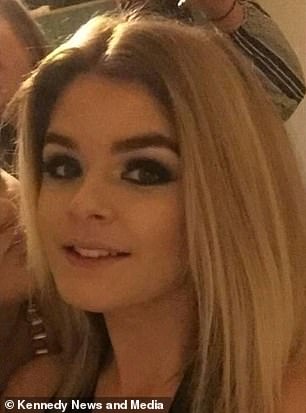 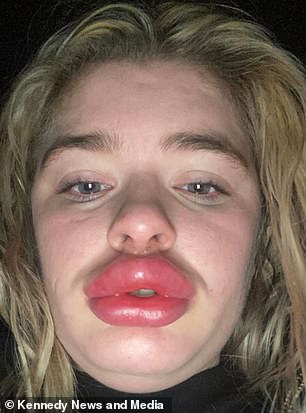 ‘I still get shooting pains in my lips.’

After the reaction, Charis, shared photos of her lips on social media – which she claims left many of her friends in stitches.

Others told her she shouldn’t have had lip filler in the first place.

After her ordeal, Charis has vowed never to have filler injected again. She also won’t ever allow her children Sophia, two and Bobby, seven months, to have the procedure done.

Charis said: ‘I haven’t had them since because it put me off for life. I’d never get them done again and absolutely wouldn’t let the kids. 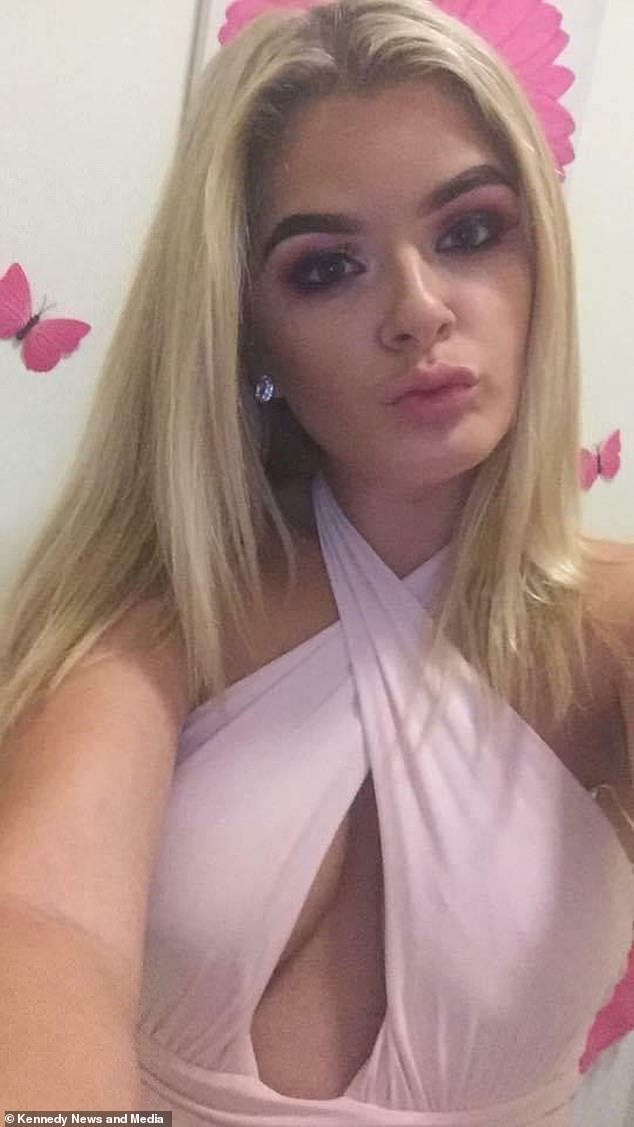 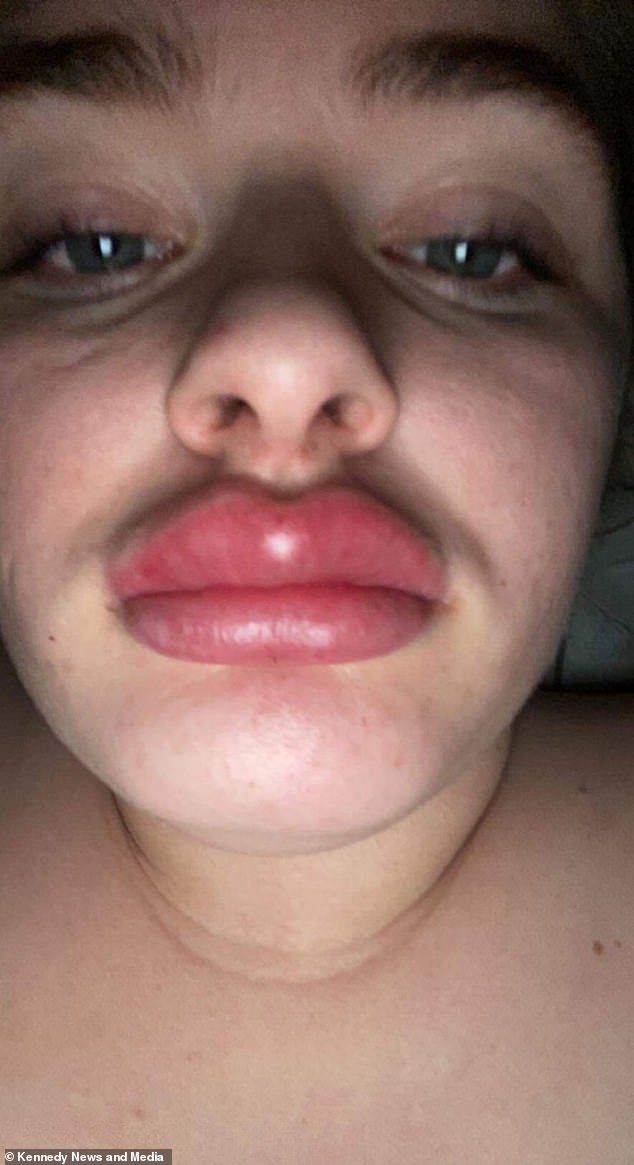 After her body’s extreme and painful reaction to the filler, Charis’s nan told her it was her ‘own fault’ for having filler injected in the first place

‘My body just had a reaction. Sometimes you don’t know what you’re putting in your face.

‘I do wish I’d never had them done.

‘Some people found it funny and some people were like ‘oh my God, what have you done?’ My nan said it was my own fault.

‘I want people to have a really good think about it before getting lip fillers. I got them because it was a trend at the time and a lot of young girls were having it done but the pain and trauma wasn’t worth it.’