A mother-of-one who has been left practically housebound due to a rare condition that makes her breasts keep growing, fears her 48J chest will continue getting bigger.

Her condition is debilitating, as she is in almost constant pain and struggles to cope with her large chest, which is currently a 48J.

Now covered in painful sores and spots, her breast size means Fiona struggles to find clothes to wear and suffers from crippling back pain, which means she’s unable to stand for more than five minutes at a time.

While she’s spoken to her GP about it several times since 2013, she says she was told  ‘there’s no chance’ that she’ll ever get a reduction on the NHS, due to ‘the way Britain is now’. 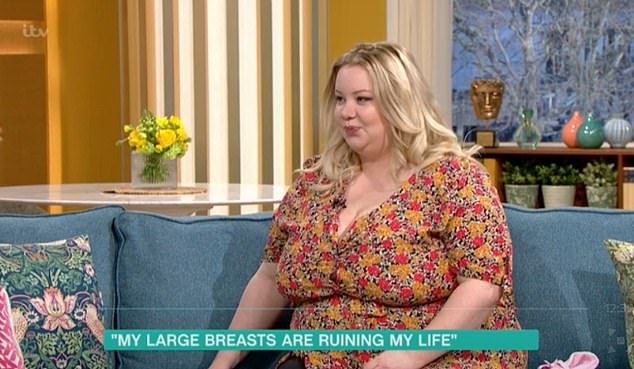 Fiona Hornby told how she’d been rejected for breast reduction surgery by her GP, who told her that ‘the way Britain is now’ there was ‘no way’ she’d be able to have one on the NHS

Fiona took to the This Morning sofa to reveal to John Barrowman and Rochelle Humes to detail the health problems she suffers from having large, ever-growing breasts.

She went through puberty at 10 years old, and said she woke up overnight with breasts that were a size C.

The 25 year old, who has an eight month old son, said: ‘It’s uncomfortable with a bra, without a bra.’ 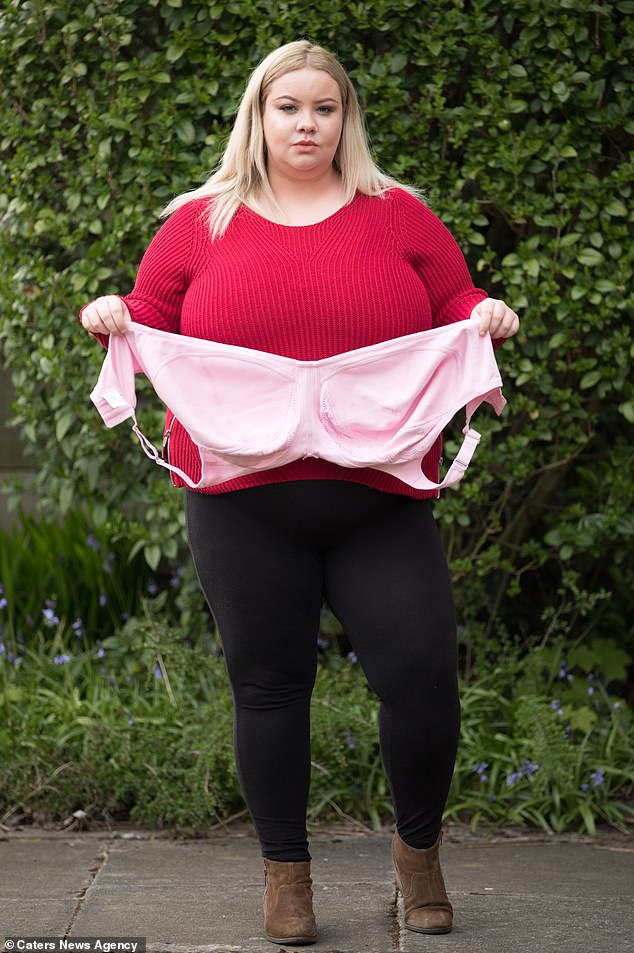 Fiona, with her 48J bra, is worried that her breasts will continue growing and is now housebound from their enormous size 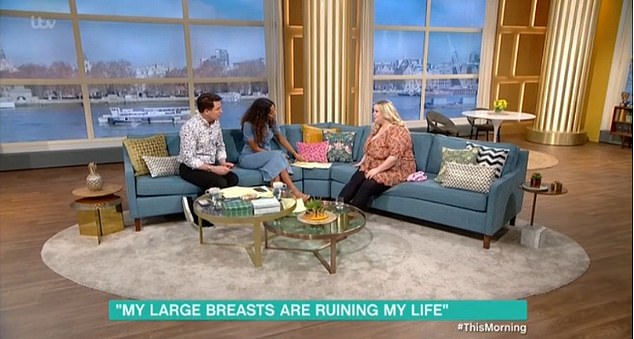 The mother of one admitted that her breasts had left her feeling ‘depressed’, and that now she is crowdfunding for breast reduction surgery

Macromastia – considered to be a form of breast hypertrophy – is a rare condition in which the breast tissue is abnormally enlarged.

Breast reduction surgery is commonly offered to most patients, in order to reduce the size of their breasts to be more proportional to their body.

Surgeons say it can reduce discomfort in the back, neck and shoulders, while also improve sleep quality and help with insecurities.

Studies have repeatedly shown the condition, which often develops in adolescence, can be detrimental to the mental health of teen girls.

Scientists remain baffled as to what the cause of the condition is – but some believe hormones may play a role in causing enlarged breasts.

Figures are unclear as to how common the condition is, however it has been branded rare in various medical reports.

Fiona’s condition has left her with discoloured breasts that are covered in painful sores and rashes.

But she said that her GP has told her ‘there’s no chance’ she’ll ever get a reduction on the NHS.

She said that despite going back and forth with doctors since 2013, in the hope that they could help her achieve a better quality of life, she was always dismissed and told she wouldn’t get a reduction on the NHS.

Fiona said that her doctor had even blamed Brexit, saying she was told: ‘The way that Britain is now, and the economy there’s no way you’ll get funded on the NHS.

Desperately seeking life-changing breast reduction surgery, Fiona has now turned to Gofundme to raise the £5,500 she’d need for the operation.

She said the surgery would be ‘life changing’.

An NHS spokesperson told This Morning: ‘NHS does offer breast reduction surgery to patients who will benefit in line with the national guidance developed with patient groups, surgeons and medical experts.’ 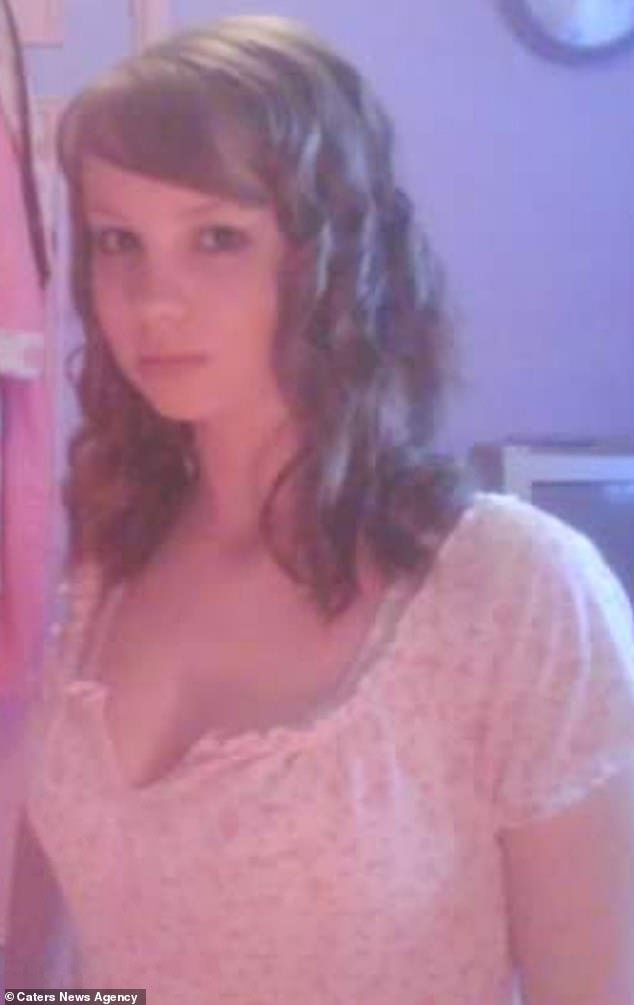 Fiona Hornby, aged 13, when her breasts were a size D. They’ve now grown to a size J, and she’s desperately seeking a reduction 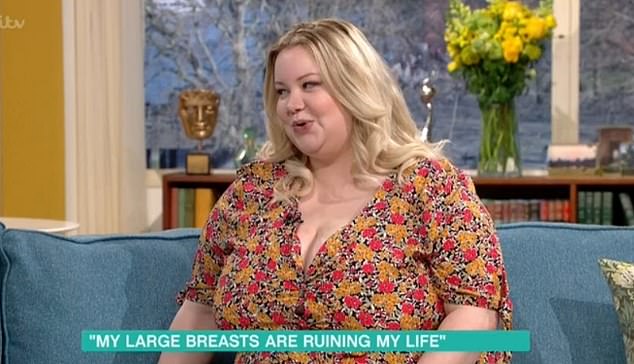 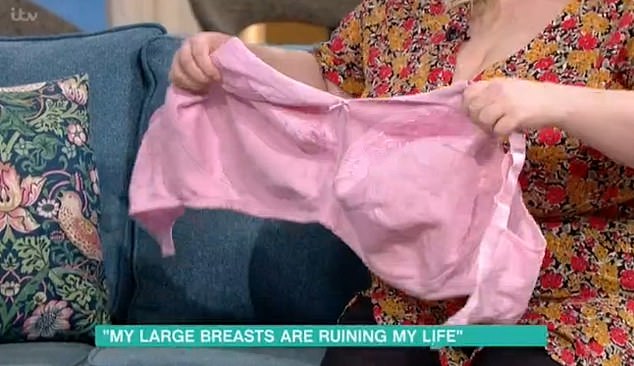 At one stage she showcased her latest bra size, which is a 48J, and said she was terrified her breasts would continue growing 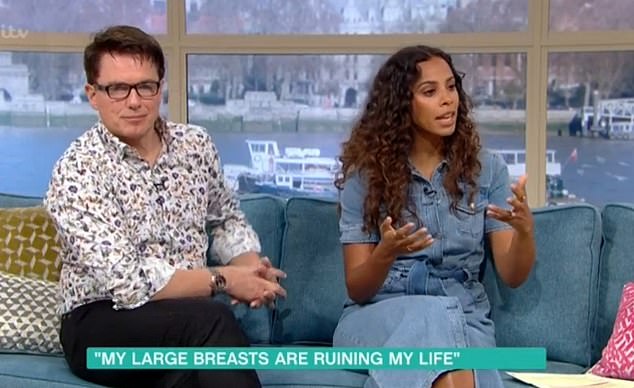 Hosts John Barrowman and Rochelle Humes were left stunned by Fiona’s revelations, and offered support to the young mother

She said she’d been turned away from bra fittings, and that she was petrified her breasts would continue growing.

The mother of one revealed she was constantly on a diet, but because she couldn’t exercise she struggled to lose weight.

She said she’d brought a coat shortly before Christmas but could no  longer fit into it due to her breasts.