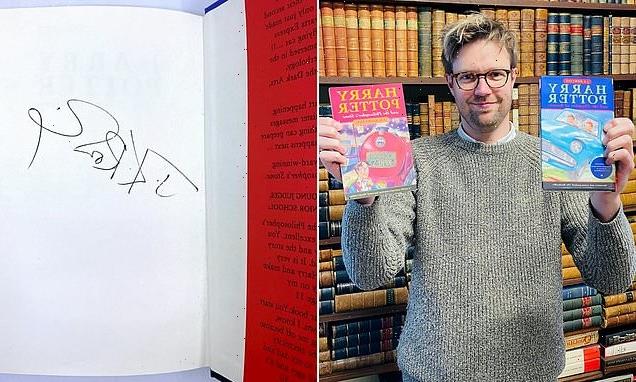 Mother who bought Harry Potter books signed by JK Rowling for £5 in the 1990s is stunned to discover they are now worth up to £11,000 after an expert revealed they were BOTH rare first editions

Two Harry Potter books bought for a fiver each by a UK mother more than 20 years ago could sell for thousands at auction – after they BOTH turned out to be rare first editions.

Tessa Prince, 65, a retired school administrator from Twickenham, South London purchased the J K Rowling novels from the same book shop in 1997 and 1998 to encourage both her sons, John and Billy, to read.

The retiree had no idea at the time the copies of the Philosopher’s Stone and the Chamber of Secrets were first editions or that their value would soar to as much as £11,000 for both. 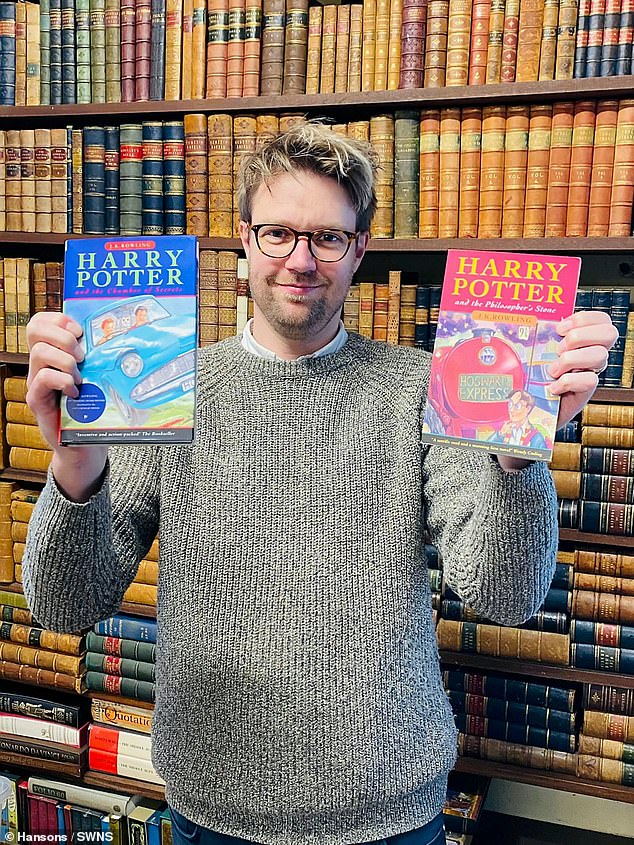 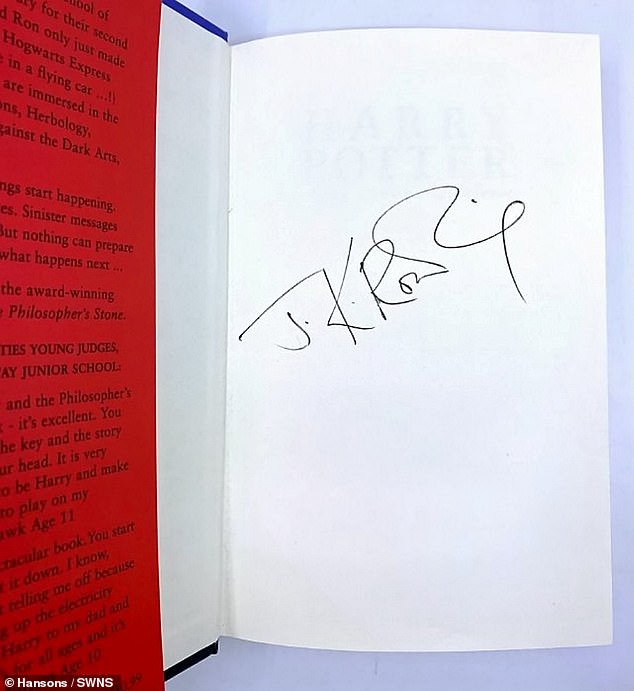 It was only when Tessa took some jewelry to an auctioneers to be valued recently that she discovered their true worth.

The paperback copy of Harry Potter and the Philosopher’s Stone was signed by author J K Rowling and is estimated to be worth £4,000-£6,000.

Tessa was stunned to discover the Harry Potter and the Chamber of Secrets novel was also a first edition, which could fetch between £1,000-£1,500.

Her husband, Alan Prince, 65, a retired chartered accountant, said: ‘Our sons were aged 10 and eight in 1997 and avid readers. 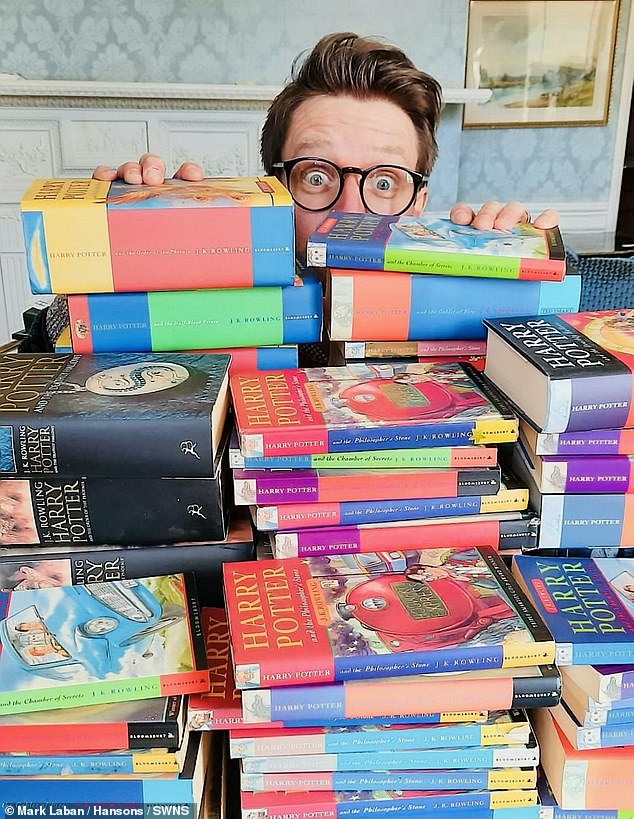 Expert Jim Spencer is renowned for sourcing valuable Harry Potter books, and  says that the two books purchased by Tessa has a ‘pretty good return’ 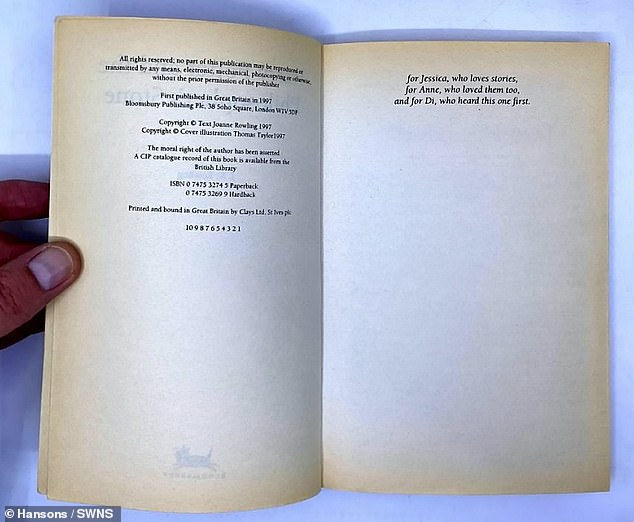 ‘When Harry Potter and the Philosopher’s Stone came out, my wife went to the Lion & Unicorn bookshop in Richmond, London, and bought a paperback copy for £4.99.

‘We had no idea it was a first edition until years later.

‘The boys really enjoyed reading it so when Harry Potter and the Chamber of Secrets was released in 1998, she bought a hardback copy from the same shop.

‘It just happened to be signed by the author, J K Rowling.

‘The shop thinks the signed copy must have been supplied by the publisher at the time.

‘My wife was lucky enough to buy it. She paid the normal retail price, around £6. 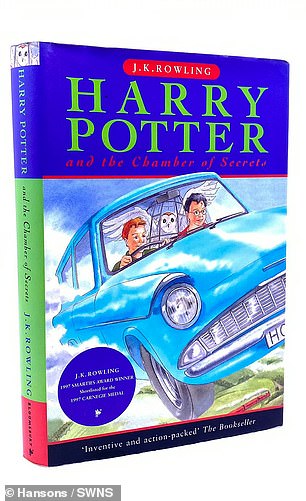 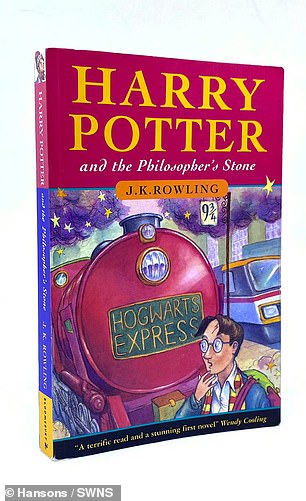 ‘When the Harry Potter phenomenon really took off, I did think our copy of the Chamber of Secrets might have some value because it was signed by JK Rowling.

‘More recently, I checked the print line on the books’ copyright pages and realised they were first issues. More coincidences followed.

‘My wife took some jewellery to be valued by Hansons London at the Normansfield Theatre in Teddington and happened to overhear someone talking about Harry Potter books.

‘It turned out that Hansons’ book valuer Jim Spencer was a world-renowned expert on Potter first editions.

‘We took his email address and sent him some information and pictures.

‘We were really surprised to discover that our copy of the Philosopher’s Stone was potentially worth £4,000-£6,000 because it’s only a paperback.

The books will be sold in Hanson’s Auctioneers Library Auction at Bishton Hall, Staffs., on October 19 and together could potentially achieve £7,500.

Book expert Jim Spencer said: ‘That’s a pretty good return for a couple books that cost just over a tenner around 25 years ago.

‘The copies are in good excellent considering the passage of time, and the fact that they were well read by two young boys.

‘The paperbacks are often very tired from rattling around inside school rucksacks.

These were clearly handled with great care and have survived remarkably well.*

‘The Harry Potter phenomenon has sparked a vibrant collectors’ market.

‘In recent years Hansons has sold hundreds of thousands of pounds worth of valuable Potter first editions and we already have a phone bidder booked for these lots.

‘I have come across some lucky discoveries before now but buying two Harry Potter first editions by chance at your local book shop is one of the best examples yet.

‘I very much hope the Potter magic brings home a good result for the Prince family – and that Tessa’s lucky streak continues.