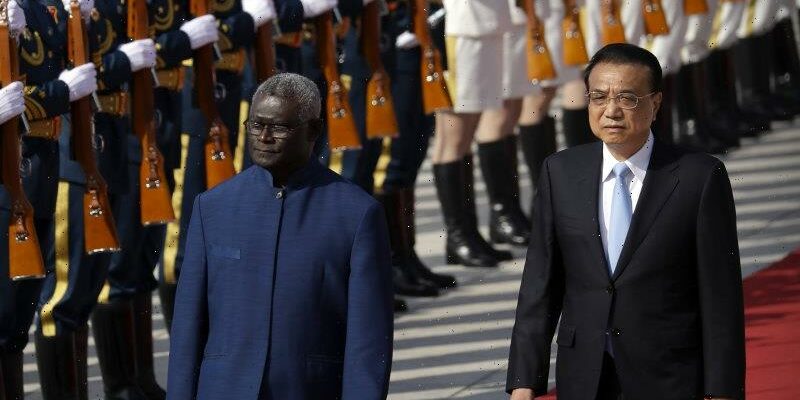 The scale of the Australian failure in the Pacific this week was summed up in a bleak assessment of the need for defence planners in Canberra to buy missiles so they might one day take out a Chinese military base in Solomon Islands.

The idea would have been unthinkable outside the darker corners of the defence establishment not so long ago, but it is the inevitable conclusion from policy realists like Hugh White, the Australian National University professor who served as an intelligence analyst, defence official and adviser to Bob Hawke as prime minister. 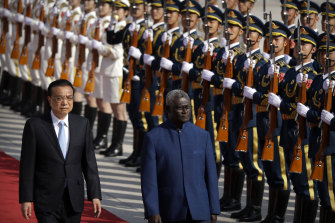 And it highlights the seismic impact of China’s pact with Solomons on this election campaign. The deal overturns the assumption that Scott Morrison has the upper hand on national security and that Anthony Albanese has to prove he is fit for leadership. Now the prime minister is on the defensive over a security failure on his watch.

China could act very quickly to send ships and aircraft to Solomon Islands because history shows it built military bases in the South China Sea at top speed while denying it was doing so. The unavoidable consequence is that Australia must have a way to destroy whatever is built.

“If there’s a war, it is significant that China would have a base as close to us as the Solomons, but that is a challenge for our defence planners because they would have to make sure we have the capacity to neutralise such a base,” says White.

“That can be done with the right kind of investments in missiles and that’s the challenge, rather than to spend too much money on tanks, for example.”

This is jarring when Morrison talks so comfortably about the “Pacific family” and tells Australians he was not surprised by the Chinese pact with Solomon Islands Prime Minister Manasseh Sogavare.

So Morrison’s assurances are wholly inadequate when Australians stop to consider what is at stake: not just the foothold for China in the south-west Pacific but a fateful decision by Sogavare to place his country on a fault line between two superpowers. Honiara is now a potential flashpoint in a long contest between the United States and China.

The key claim in Morrison’s defence is weak. The prime minister says he knew of the developments for some time, yet the minister for international development and the Pacific, Zed Seselja, says news only emerged on March 24 when the agreement leaked in draft form.

For all the talks behind the scenes, the test for the government was in how it acted. And it didn’t. China moved at a speed that Canberra could not match. 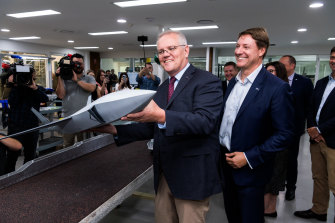 The foreign minister, Marise Payne, chose not to go to the Pacific. The Liberal Party preselection for the NSW Senate ticket came up on March 25, the budget was on March 29, the election campaign drew closer.

Yet Payne had time to stand alongside Morrison at a petrol station in Sydney on April 5 to talk about cuts to the fuel excise. And she was able to go to Brussels to speak to Western leaders about Ukraine on April 7. For all the agonising about what might have been done, the minister’s public appearances tell the story. The Pacific did not get the priority.

The government now mounts the ludicrous argument that it would have offended the Pacific to send Payne to the region. “Australia was not looking to go and stamp around,” said Morrison on Wednesday. The finance minister, Simon Birmingham, said on Thursday it would have been wrong to have someone “shouting” at Pacific leaders. They make Payne sound like Donald Trump.

In truth, the government was caught out for its complacency – in fact, lulled into it by Labor’s decision to avoid a fight on foreign policy. Only now has Anthony Albanese gone for a full assault on Morrison over national security, right at the moment when it really counts.

The government has been slow on other fronts. It took time to impose sanctions on Russia after the invasion of Ukraine but Labor foreign affairs spokeswoman Penny Wong made no criticism. When this column wrote about sluggish action against Russian oligarchs, Wong declined to comment. (It took until April 7 for Wong to issue a call to expel the Russian ambassador. It seemed a reluctant break with weeks of bipartisanship.)

Morrison and Payne might have responded more vigorously to the March 24 leak if Labor had been on the attack, but it was not Wong’s job to tell Payne what to do.

It is only a matter of time before conspiracies spread about China moving during the Australian election campaign to embarrass the government – an idea that only gains currency with Morrison’s claim in Wednesday night’s debate that Albanese was siding with China. But this is only a scramble for excuses for a strategic defeat – and, just possibly, an election defeat.

Australian aid funding to the Pacific reveals a neglect of the region that has allowed China to gain influence. Aid to Solomon Islands was $258 million in 2010 and $204 million in 2013 but never regained those heights after the Coalition took power. It was $156 million this financial year. The cuts in the May 2014 budget have come at a significant cost. 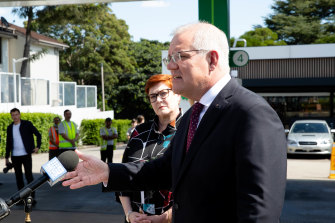 Albanese has the advantage because the prime minister must answer for nine years of Coalition administration. Morrison claims to have seen the change in China and to have prepared for it. At the very same time, his ministers admit their surprise at the Solomons deal. The deputy prime minister, Barnaby Joyce, even likens Solomons to Cuba.

What would Labor do differently? There is no blueprint for its approach. Albanese says he would go to Solomon Islands but experts are not sure it would matter who flew to Honiara. White says it is “fanciful” to suggest it would make a difference if it was Wong or Payne.

The head of the Australian Strategic Policy Institute, Peter Jennings, says Labor is wrong to blame the government for the Chinese advance. Even so, Jennings says the response to the March 24 leak was not good enough. “We should have engaged in more sustained senior diplomatic effort approach,” he says. And the former foreign minister, Julie Bishop, says Payne should go to the Pacific.

Morrison argues that a stronger effort to stop the pact would not have made any difference. But why not make the attempt? The debate is not about being strong or weak on China. It is about being prepared. And being competent.

The Solomons agreement is a pivotal moment in this campaign. There is no election in recent memory when a government has been struck by a foreign policy setback so great and so close to polling day.

Morrison assures voters he is the best choice on national security but he asks them to judge him on promises, not results. Yet his agreement on nuclear submarines, with $5.5 billion spent on a scrapped plan, the design yet to be decided and the first boat a generation away, has already stretched the “trust me” pitch to its limit.

The old message from the Liberals – that Labor cannot be trusted on defence – loses traction in these new circumstances. It is replaced by a question: could Labor be any worse?

Now the gain for China in the Pacific, against the Australian national interest, forces another calculation about Morrison’s assurances. And not in his favour.