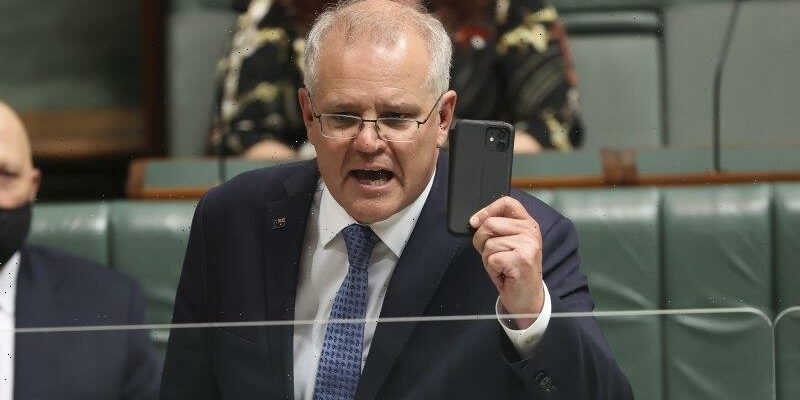 Prime Minister Scott Morrison will lodge a formal proposal at a looming climate summit to achieve bigger cuts to greenhouse gas emissions by 2030 as Labor accuses him of a policy “scam” by refusing to release more details on how he will deliver the result.

Mr Morrison will include the forecast for a 35 per cent cut to emissions by 2030 in a formal document at the United Nations summit in Glasgow, adding it to existing commitments without giving it the force of a binding target. 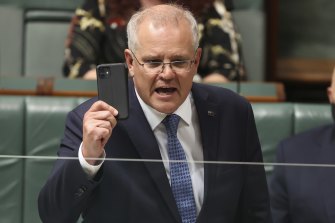 The approach inserts the higher figure into Australia’s contribution at Glasgow at a time when the Nationals and some Liberals oppose making it a formal target, while Labor and the Greens dismiss the forecast on the grounds it has no force.

“When we go to Glasgow, we’ll be able to say that our projections, which are included in our nationally determined contribution, will see emissions reduce, we expect, by 35 per cent by 2030,” Mr Morrison told Parliament on Wednesday.

Labor leader Anthony Albanese intensified his attack on the government on Wednesday by calling for the release of confidential modelling that underpinned the shift in federal policy on Tuesday to endorse a net zero emissions target for 2050.

While Mr Morrison said the modelling would be released in the coming weeks, Mr Albanese mocked the Prime Minister’s claims for the policy by interjecting: “You’re so proud of it you’re hiding it.”

Labor also targeted Nationals leader and Deputy Prime Minister Barnaby Joyce by asking whether he had signed up to the net zero policy without seeing the modelling – a question he declined to answer directly.

In turn, Mr Joyce attacked Labor for proposing to legislate the net zero 2050 target when the government would not.

The government said on Tuesday its plan was “based on our existing policies” and assumed 15 per cent of the reductions would come from global technology trends and 15 per cent from future technologies.

Mr Morrison defended the approach in Parliament by saying Australian emissions had fallen by 20 per cent since 2005 in the same period the economy had grown by 45 per cent.

He said another 40 per cent of the cuts would come from the government spending on a technology investment roadmap and 20 per cent from trading in offsets.

“What have they got against technology?” Mr Morrison asked of Labor.

“Why do they not have a confidence that in the next 30 years, that in the world today we will not see technology breakthroughs which will ensure that we will be able to close the gap?”

Holding up an iPhone, the Prime Minister said if Labor did not have confidence in technology it should never use the mobile phone.

Australia has lodged a formal commitment at previous UN summits, known as a “nationally determined contribution” to cut emissions by 26 to 28 per cent by 2030. The UN asks countries to update these NDCs every five years, with the next due in 2025. The documents are formal pledges lodged with the UN secretariat running the climate summit.