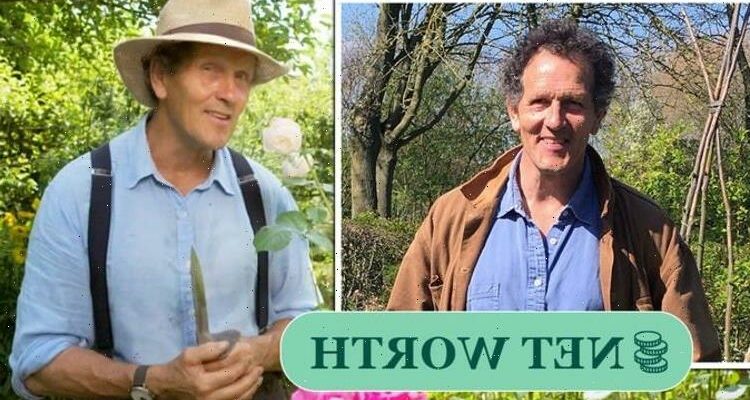 Monty Don, 66, is best known as the presenter of Gardeners’ World. But before he fronted the popular BBC Two show, Monty had an entirely different career and his fortune is a story of rags to riches.

According to Celebs The Wiki, Monty Don’s net worth is estimated to be between £1million and £4million.

To add to this, Monty has had a couple of spin-off shows in the past which have aired on BBC Two.

He has also written several books with My Garden World being his latest.

He is the youngest of five children to British parents Denis Thomas Keiller Don, a career soldier stationed in Germany at the time of his birth, and Janet Montagu.

Soon after his birth, his parents changed the name on his birth certificate to Montagu Denis Don apparently because of a family spat over the name.

When Monty was one, the family moved to Hampshire, England and he described them as being “very strict”.

He attended three independent schools, but aged seven, he was asked to leave for being too boisterous.

Monty failed his A-levels and while studying for retakes at night school, he worked on a building site and a pig farm by day.

During his childhood, he became an avid gardener and farmer and in his late teens, he spent several months in France where he worked as a gardener and played rugby in local teams.

He returned to England, determined to attend Cambridge University out of “sheer blood-mindedness” and passed the entrance exams.

Monty went onto study English at Magdalene College and met his wife Sarah Erskine, a trained jeweller and architect.

In 1981, Monty and Sarah started Monty Don Jewellery, a London-based business that designed, made and sold costume jewellery.

The company became a success and in five years, operated from Knightsbridge.

Among their customers were Boy George, Michael Jackson and Princess Diana.

However, the 1987 stock market crash caused an almost complete bankrupts as it cut off the American sales – their biggest market.

The situation prompted Monty to embark on a career in writing and broadcasting.

By mid-1989, Monty had written several gardening articles and granted writers access to his home garden which was featured in various publications.

This increased exposure led to Monty writing a gardening column for the Mail on Sunday, a book deal, and an invitation to a screen test for a proposed weekly live gardening segment on This Morning.

And when Channel 4 started Fork to Fork in 199, Monty and Sarah presented segments on growing and cooking organic vegetables.

This was followed by three other series he hosted between 1999 and 2003: Real Gardens, Lost Gardens, and Don Roaming.

In September 2002, the BBC announced Monty as the new lead presenter of Gardeners World from 2003, succeeding Alan Titchmarsh.

Monty is the first self-taught horticulturist presenter in the show’s history.

He has hosted the show until he put his career on hold to recover from a minor stroke in 2008.

They have two sons, Adam and Tom, and daughter Freya.

Monty has also owned many dogs throughout his life and they have been stars in their own rights on Gardeners’ World.

The two dogs he currently has are Nellie and Patti.

The gardener has always been honest and open about his health; he has suffered with depression since his mid-twenties.

Between 2008 and 2016 Monty was President of the Soil Association.

He is currently a patron of Bees for Development Trust and the Pope’s Grotto Preservation Trust.