All in hindsight. Miranda Lambert is opening up about her shocking split from ex-husband Blake Shelton nearly seven years after they called it quits.

Miranda Lambert Through the Years: From ‘Nashville Star’ to Country Icon

The 38-year-old “If I Was a Cowboy” singer reflected on the intense public interest in her personal life following her 2015 split, telling CBS News in a recent interview that the attention was a lot to deal with. “I wasn’t prepared for that,” she explained. “Well, I don’t think anyone is. It’s not nice sometimes, but I think you’ve gotta take it with a grain of salt.”

Lambert noted that using her music to channel her emotions helped her cope with her breakup. “I’m a singer-songwriter so, luckily, I can tell my whole truth,” she added. “I will not lie in my music.”

As she looked back on her divorce, the three-time Grammy winner explained that she’s “grown up” a lot in the years since. “I’ve learned a lot about myself and I think at some point you start to settle into who you are,” she shared. “I think that’s why you feel that peace coming from me because I feel at peace with myself.”

The “Drunk” performer began dating Shelton, 45, in 2006 and the duo tied the knot five years later. In July 2015, the country couple announced they were going their separate ways. 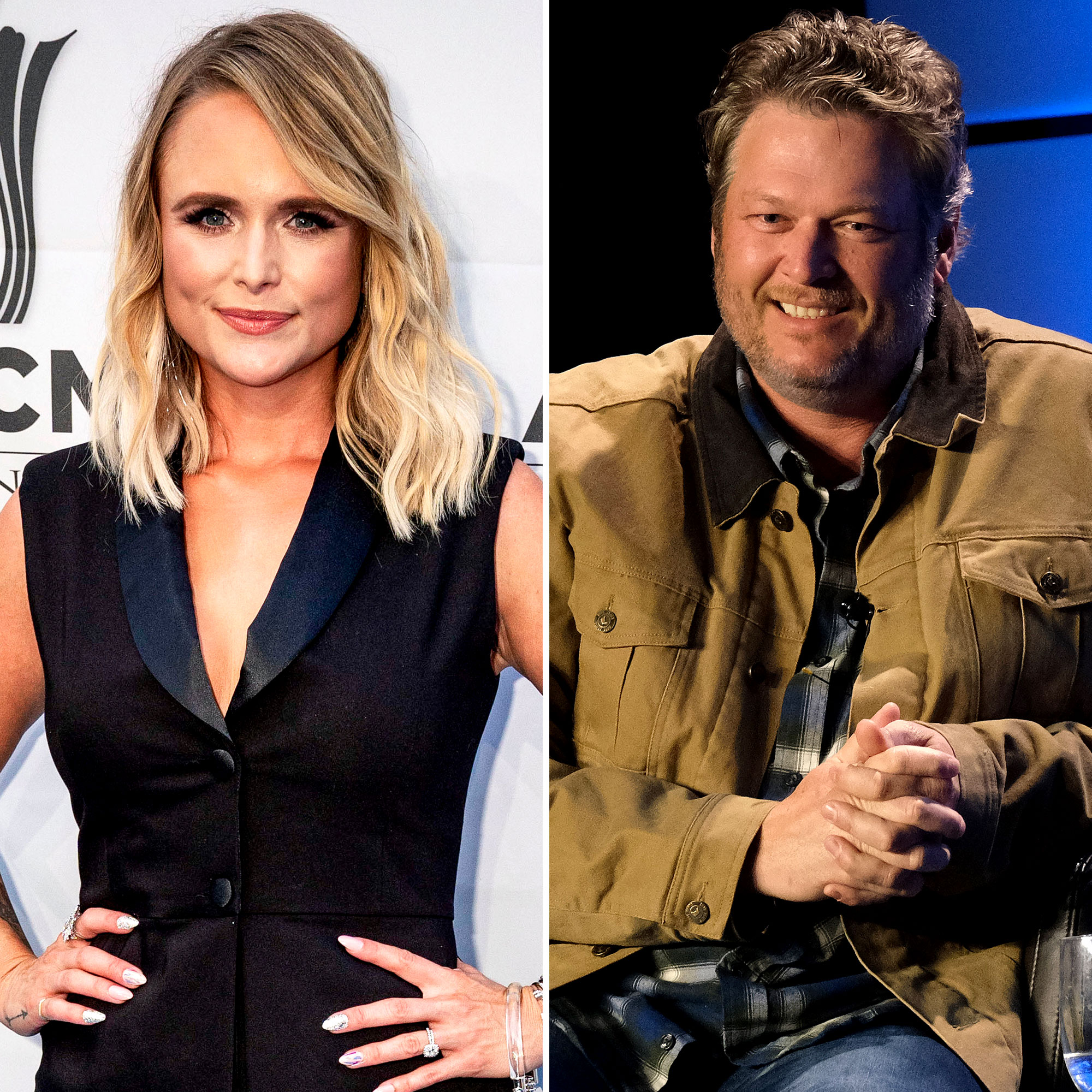 “This is not the future we envisioned,” Lambert and the Oklahoma native noted in a joint statement to Us Weekly at the time. “And it is with heavy hearts that we move forward separately. We are real people, with real lives, with real families, friends and colleagues. Therefore, we kindly ask for privacy and compassion concerning this very personal matter.”

By November 2015, Shelton moved on with Gwen Stefani, who had split from husband Gavin Rossdale that summer. The “Austin” crooner credited Stefani, 52, with helping him stay positive post-split.

“When I was going through my divorce and just, you know, hit rock bottom just like anybody does when they go through something that devastating, it’s a miracle that I met somebody that was going through the same exact thing that I was at the same exact moment in time,” he said on Sunday Today With Willie Geist in June 2018, gushing that his relationship with the “Sweet Escape” singer “constantly feels like it’s going to the next level.”

Miranda Lambert and Brendan McLoughlin: A Timeline of Their Relationship

The Voice coaches tied the knot in July 2021, while Lambert secretly exchanged vows with husband Brendan McLoughlin in January 2019 after less than three months of dating. The twosome met while the Nashville Star alum was performing on Good Morning America, where the former NYPD officer, 30, was working as a security guard.

“It’s like some kind of Hallmark movie or something,” the “Kerosene” artist joked to CBS News of her whirlwind romance. “The redneck from Texas meets this beautiful NYPD officer on the street in New York, but it actually happened that way.”

With a few years of marriage under their belt, Lambert and McLoughlin are hoping to expand their family. “She and Brendan decided after their third wedding anniversary, they would start trying [to conceive],” a source exclusively told Us in February. “Miranda is thrilled and Brendan has always wanted to [have kids with her].”