Call it a “Saturday Night Live” sketch living on.

On Thursday’s episode of “The Tonight Show Starring Jimmy Fallon,” Pete Davidson and Miley Cyrus revealed they got matching tattoos after her 2017 “SNL” appearance.

“We made this ‘SNL’ sketch where we were babies that were rapping – trap babies – one of the many brilliant ideas that I bring to the ‘SNL’ table,” Davidson recalled of the skit that inspired their impromptu ink session.

Beyond getting decked out in diapers for the clip – which featured a cameo from Larry David – the pair also got inspired to add some new body art.

“We said, ‘We babies,’ and for some reason, we looked at each other and were like, ‘That’s a great tattoo,’” Cyrus explained, with Davidson adding that they “got a tattoo guy to come to 30 Rock” to ink the phrase then and there.

“Should’ve known that was sketch,” added Cyrus. “’Can we get a tattoo?’ Before he pressed ‘send,’ the guy was there with needles, permanent ink.”

But while Cyrus still has the phrase on her ankle, the design proved less permanent for Davidson, who is in the process of removing his many tattoos. 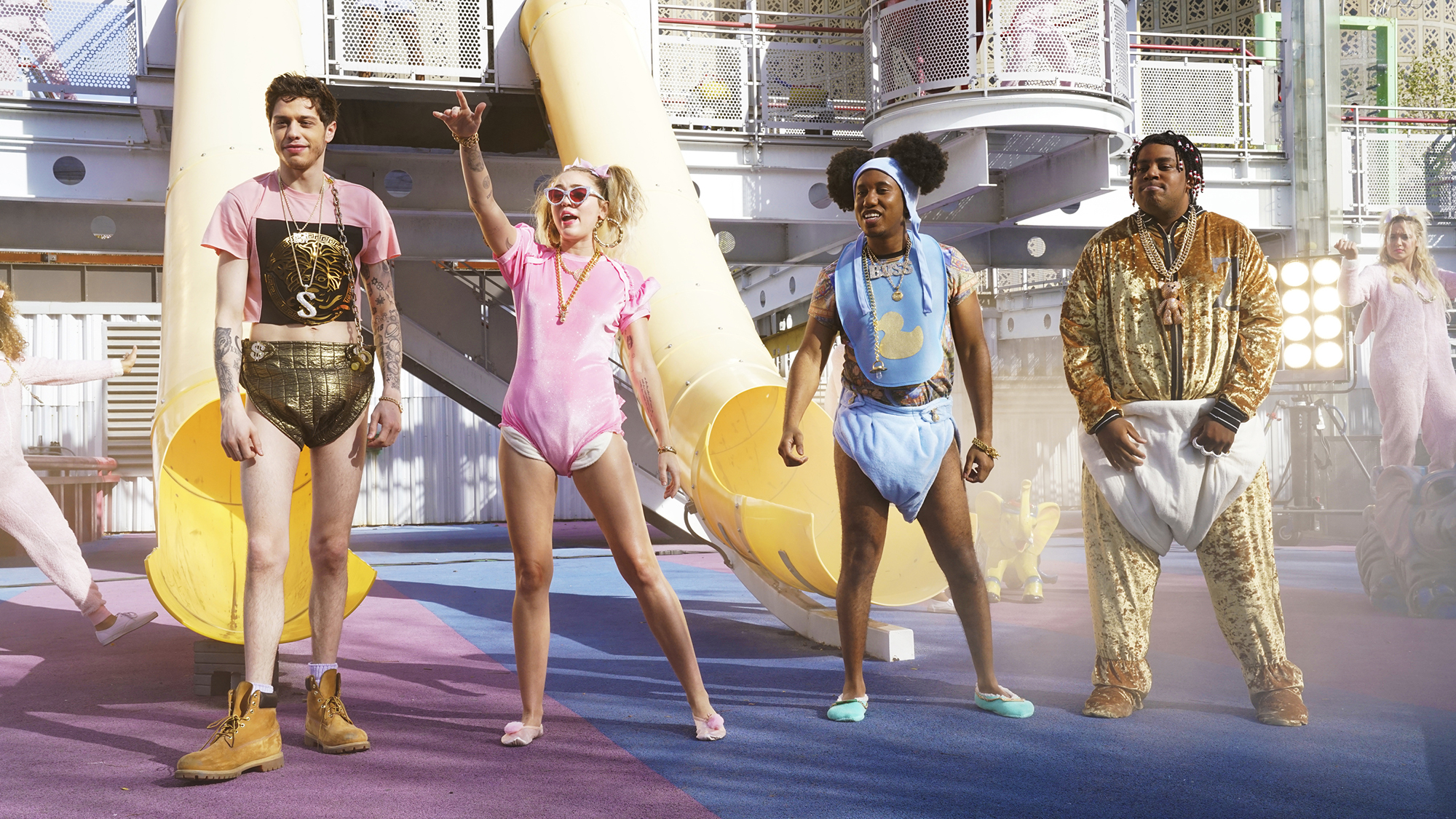 The “Wrecking Ball” singer said she didn’t realize he was scrubbing their shared design until she saw him getting laser tattoo removal in a Smartwater ad and thought, “Wait a minute, that’s right where ‘we babies’ was.”

Davidson is indeed bidding that tat goodbye, as he revealed the faded phrase on his wrist while Cyrus showed off hers. 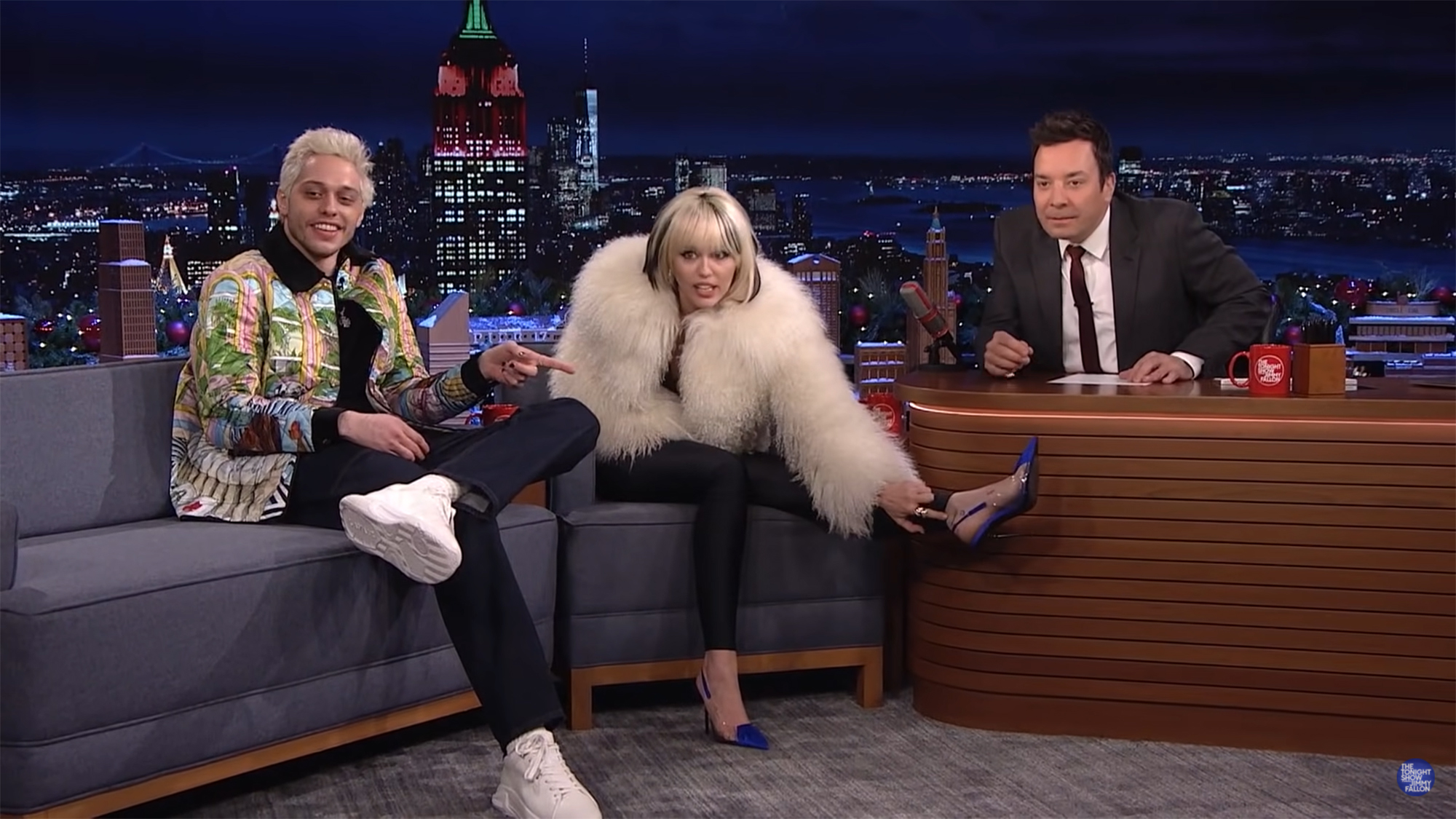 “I stopped smoking weed the next day for a couple of years,” Cyrus joked of getting the ink. “Well, at least with Pete, anyways.”

During another “Tonight Show” appearance in 2020, the pop star, 29, said she had “no idea” how many tattoos she’d gotten over the years, with Fallon informing her that she had 74 at the time.

Meanwhile Davidson, 28, has said he plans to have his massive ink collection gone by the time he’s 30, citing the hassle of covering up his tats on film sets.