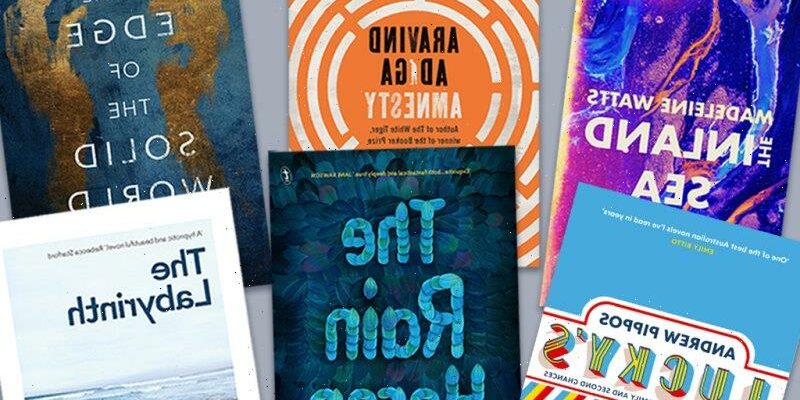 Stories of loss – including from a Booker Prize winner and two debut novelists – form a left-of-field shortlist for Australia’s most famous literary prize.

Australian-Indian author Aravind Adiga, who won the Booker in 2008 with his debut The White Tiger, is one of six novelists in contention for the $60,000 Miles Franklin Literary Award. 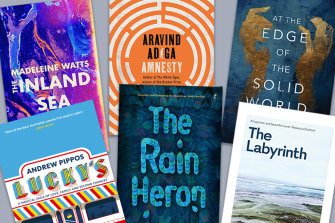 The six books on the 2021 Miles Franklin shortlist. Credit:

Lower-profile writers and novels dominate this year’s shortlist, revealed on Wednesday evening, with Adiga nominated for Amnesty, Robbie Arnott for The Rain Heron, Daniel Davis Wood for At the Edge of the Solid World, Amanda Lohrey for The Labyrinth, Andrew Pippos for Lucky’s and Madeleine Watts for The Inland Sea.

Longlisted novelists Gail Jones, who has been on the award’s longlist or shortlist six times, and previous Miles Franklin winner Sofie Laguna missed out.

Adiga, who was born in Chennai in India, emigrated to Australia as a teen with his father after his mother died and attended James Ruse Agricultural High School. He now lives in India.

The timely novel follows one day in the life of a young Sri Lankan Tamil, Dhananjaya “Danny” Rajaratnam, who is living as an undocumented immigrant in Sydney. Danny is cleaning homes for cash when he discovers that a client has been murdered. In a grim portrait of Australia, he is faced with the ethical dilemma of whether to share information about the crime with police at the risk of being deported back to the country where he was tortured. Director Ramin Bahrani, who wrote and directed the popular screen adaptation of The White Tiger, is turning Amnesty into a film for Netflix. 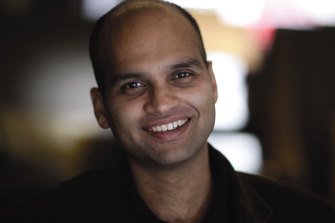 Australian-Indian author Aravind Adiga is one of six novelists in contention for the $60,000 Miles Franklin Literary Award.

Two other shortlisted novelists live internationally: Watts is based in the United States and Davis Wood in Scotland.

Watts, 31, who grew up in Sydney and Melbourne and has lived in New York since 2013, said she had grown up reading Miles Franklin shortlisted authors.

Her first novel, The Inland Sea, is told by an unnamed narrator who works as an emergency dispatch operator in an Australia on the brink of crisis with flood and fire wreaking havoc.

“One doesn’t allow oneself to allow for or to hope and expect such things. I feel incredibly lucky especially as [the novel] came out in March 2020. The world was going through a lot in March 2020 and this has really given it a new life,” Watts, who teaches creative writing at Columbia and Johns Hopkins universities, said.

Watts said she felt slightly homesick being away from family and friends for the shortlist announcement but the recognition was affirming after a challenging year.

“As a bookish kid growing up in Australia it was not only the biggest prize and the most prestigious prize but it commanded a lot of respect and it sets the canon of what we consider to be Australian literature. There are really not many countries who have a prize quite like it,” she said. 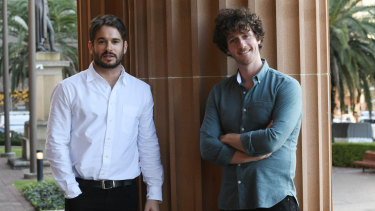 Pippos, the other debut author on the shortlist, wrote Lucky’s, an epic that spans 80 years and is set in the milieu of the Greek-Australian cafe, over nearly a decade.

Tasmanian-based Lohrey’s eighth novel The Labyrinth is about a woman who retreats to a rundown shack near where her artist son has been imprisoned and becomes obsessed by the idea of creating a labyrinth by the ocean.

Arnott, also from Tasmania, has followed his critically acclaimed debut Flames with The Rain Heron, which tells the story of Ren, who flees a coup in an unnamed country only to be to disturbed by a group of soldiers on a mission to capture a mythical bird.

Davis Wood’s narrator is in the grips of grief following the death of his newborn first child in At the Edge of the Solid World, his first full-length work of fiction since he won the Viva La Novella prize in 2014.

The Miles Franklin, established by the will of the My Brilliant Career author and first presented in 1957, is awarded each year to “to a novel which is of the highest literary merit and presents Australian life in any of its phases”. Indigenous Australian novelist Tara June Winch won in 2020 with The Yield.

“In various ways each of this year’s shortlisted books investigate destructive loss: of loved ones, freedom, self and the environment. There is, of course, beauty and joy to be found, and decency and hope, largely through the embrace of community but, as the shortlist reminds us, often community is no match for more powerful force,” State Library of NSW Mitchell Librarian and judging panel chair Richard Neville said. The other judges were book critics Dr Melinda Harvey, Dr Bernadette Brennan, Dr James Ley and author Sisonke Msimang.

The winner will be announced on July 15.