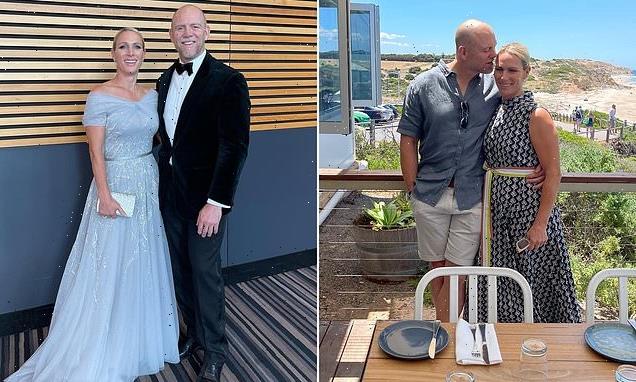 Loved up Down Under! I’m A Celeb’s Mike Tindall cosies up to wife Zara before dressing up in all their finery for glitzy dinner in Adelaide

The couple, who were reunited last week after Mike’s stint in the jungle on I’m A Celebrity… Get Me Out Of Here, looked loved-up in a selection of images shared to the ex-rugby player’s Instagram account.

In one photograph, Zara, 41, looked ethereal in a frosty blue and silver Paolo Sebastian gown for a glitzy gala in Adelaide, while another showed a casually dressed Mike, 44, cosying up to his wife at a restaurant.

For the dinner, the daughter of Princess of Anne tied her blonde trusses back and kept her make up in keeping with her glacial look, complete with blue eyeshadow. 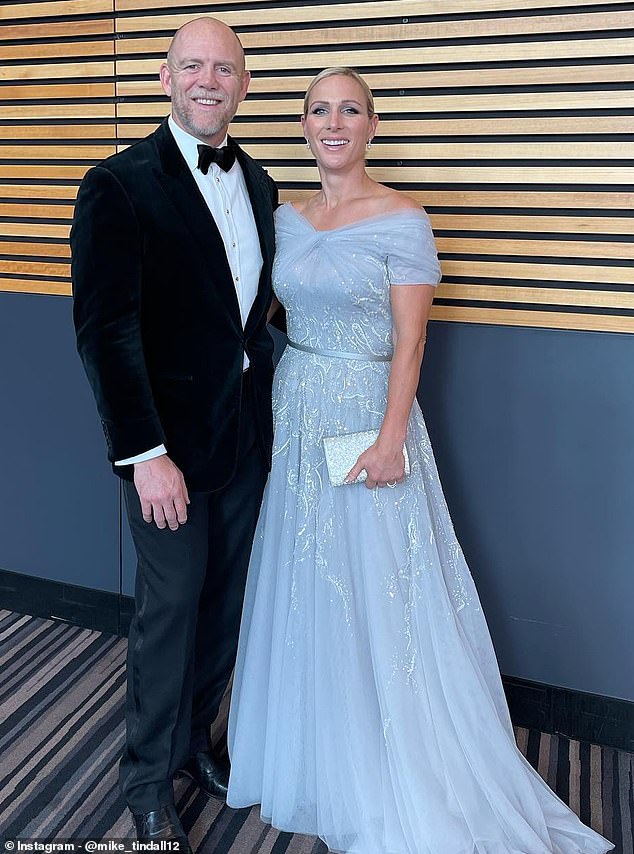 Her husband, Mike, who came third on the popular ITV show, looked dapper in a velvet dinner jacket and bow tie, paired with a white shirt and black tailored trousers.

Zara and Mike have been holidaying in Australia since the reality TV show came to an end last weekend.

Mike has shared snaps of their fun-filled trip, which included a trip to the VALO Adelaide 500 track.

In one pictured the royal couple shared a tender moment as Mike appeared to lean in to kiss his wife’s cheek, at a restaurant. 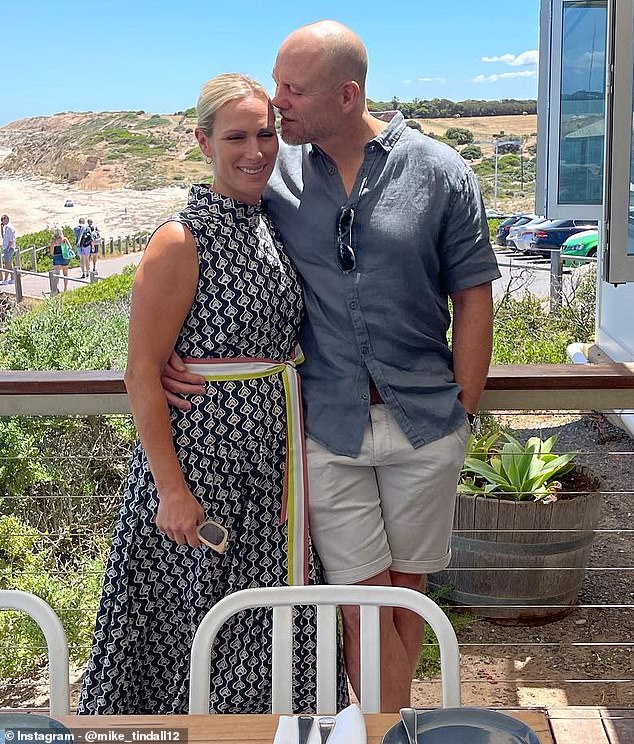 The royal couple shared a tender moment at a restaurant. They have been enjoying a holiday in the warm country following Mike’s stint on I’m A Celebrity Get Me Out Of Here

The father-of-three caption the phots: ‘Great day yesterday started down at the @adelaide500 track with @markberetta then on to the @starofgreece for lunch before heading to @darenbergwine for a little tasting.

‘Then on to a state dinner that was wrapped up by @icehouseband #goodday #southaustralia.’

Earlier in the week Zara joined her husband at the Adelaide 500, which is part of the 2022 Supercars Championship Season, at Adelaide Parklands Circuit.

They looked very engaged in the action as they spent time in the Walkinshaw Andretti United pits, both sporting racing headsets.

The British equestrian wore chic green frock for race day, which featured puffed sleeves and cinched tailoring at the waist. 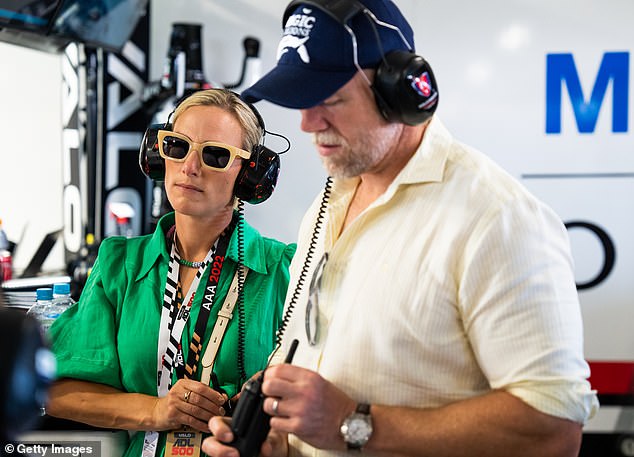 Zara Tindall and Mike Tindall are pictured in the Walkinshaw Andretti United pits during the top ten shoot out for the Adelaide 500, which is part of the 2022 Supercars Championship Season at Adelaide Parklands Circuit 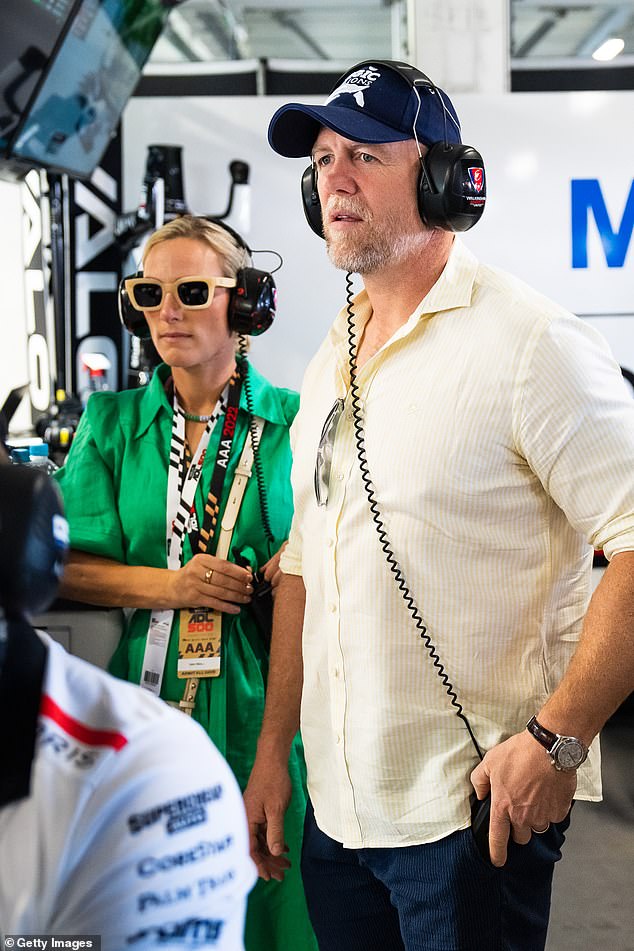 The pair are enjoying a trip Down Under, and on Friday Zara indulged in a VIP shopping experience at an exclusive boutique in Adelaide, South Australia, leaving with armfuls of sartorial acquisitions.

She had booked in a session at the Sally Phillips designer clothing boutique, which is accessible by appointment only.

When asked by Sunrise’s Mark Beretta what the couple are going to get up to during their stay, Zara said they were hoping to enjoy some wine tasting.

The couple have often spoken about their fondness for Australia as the country is dear to their heart.

They met at Sydney bar in 2003 while Mike was ‘drowning his sorrows’ after being cut from the England World Cup squad and Zara was on a gap year.