Melania Trump, 50, spoke about the election last night in the rose garden of the White House. As well as supporting Donald Trump, 74, a body language explained she shared a bid for her own role as the First Lady.

With the US election just months away, Melania pitched in yesterday to share her view.

Speaking at the convention, the First Lady explained why she thinks voters should support her husband.

However, body language expert Judi James explained how she appeared to make a bid for her own role as well.

Judi said: “The fascinating factor about this speech by Melania was that it seemed to be designed as her own pitch for re-election to the White House rather than Trump’s. 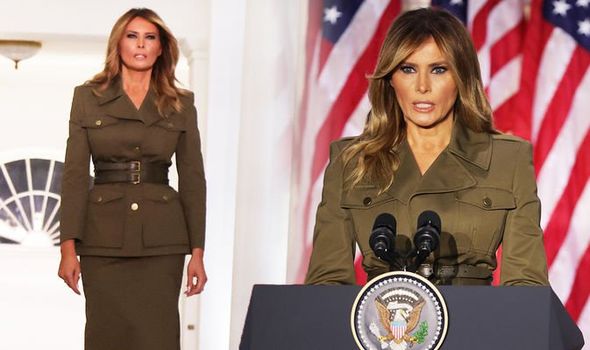 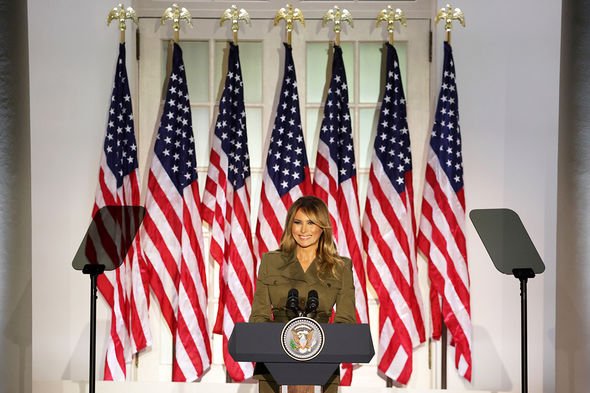 “Her styling was emphatically power-dressing chic, with a military jacket that sported shoulder pads that were huge enough to make it look like a throw-back to shows like Dynasty or Dallas.

“Her upright posture and raised chin suggested status and feelings of control and it was clear from the content of her speech that Melania had been given some of the tougher issues to give her opinions on.”

The First Lady has held the position for nearly four years and the expert claimed she was fighting to keep this during her speech.

Judi added: “Towards the end of her speech though, after the kind of ‘this is who I am’ life story that politicians love to use during their pitches for power, Melania even began to take personal ownership rather than speaking as Donald’s wife.

“The word ‘I’ crept in, as in ‘I urge people to come together’ and ‘I ask people to stop the violence and looting’.

“We could have been listening to a personal appeal for power rather than mere support from the current FLOTUS.”

During the address, Melania called for the re-election of Donald Trump.

While doing this, the mother-of-one appeared to focus on criticism of the President and try to turn it into a positive. 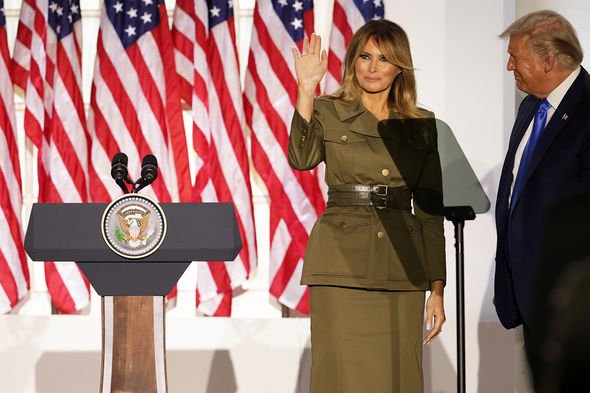 “Although there was a fan-girl element to her words and her support for Donald, they also often also sounded like an apology,” Judi said.

“She spun some of the criticism of her husband into unique selling points, like his habit of speaking his mind, which she reassured everyone meant they knew what he was thinking and that he was being ‘honest’.”

During her speech, which lasted for 25 minutes, Judi claimed she looked nervous to begin.

However, she soon built up her confidence to take control of what she was saying. 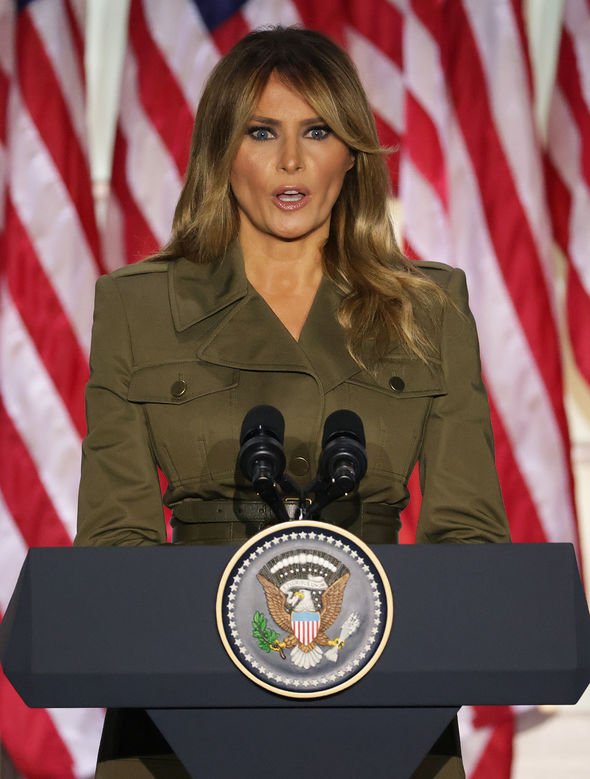 Judi continued: “Melania is not a woman to do body language and her delivery here was more old-style movie star-static than animated and passionate.

“But she did perform some subtle moves to suggest that she was getting into her stride and even taking ownership of some of her points after a nervous-looking start.

“There were two or three wide smiles thrown at the camera and a couple of head tilts that almost threatened to ruffle a few hairs of her loose but incredibly perfect hairstyle.”