Meghan Markle flirted so hard with Rory McIlroy that her boyfriend demanded to know whether she had cheated on him with the champion golfer, a new book claims.

McIlroy, now 33, first met Markle, now 40, after he “unexpectedly” nominated her for the Ice Bucket Challenge — and she insisted he come to her friend’s apartment in New York City to dump the ice on her himself.

The August 2014 encounter came just weeks after the Northern Irishman, then 25, won the Open Championship in Britain, Tom Bower writes in his new book: “Revenge: Meghan, Harry and the War Between the Windsors,” which was released in the UK this week.

“McIlroy had just split from his blonde fiancée, Danish tennis ace Caroline Wozniacki, and was reported to be chasing brunettes,” Bower writes.

After McIlroy and Markle posted the Ice Bucket Challenge video, which raised funds for motor neurone disease research, they enjoyed a drink at the Fitzpatrick Hotel, where the sportsman was staying. 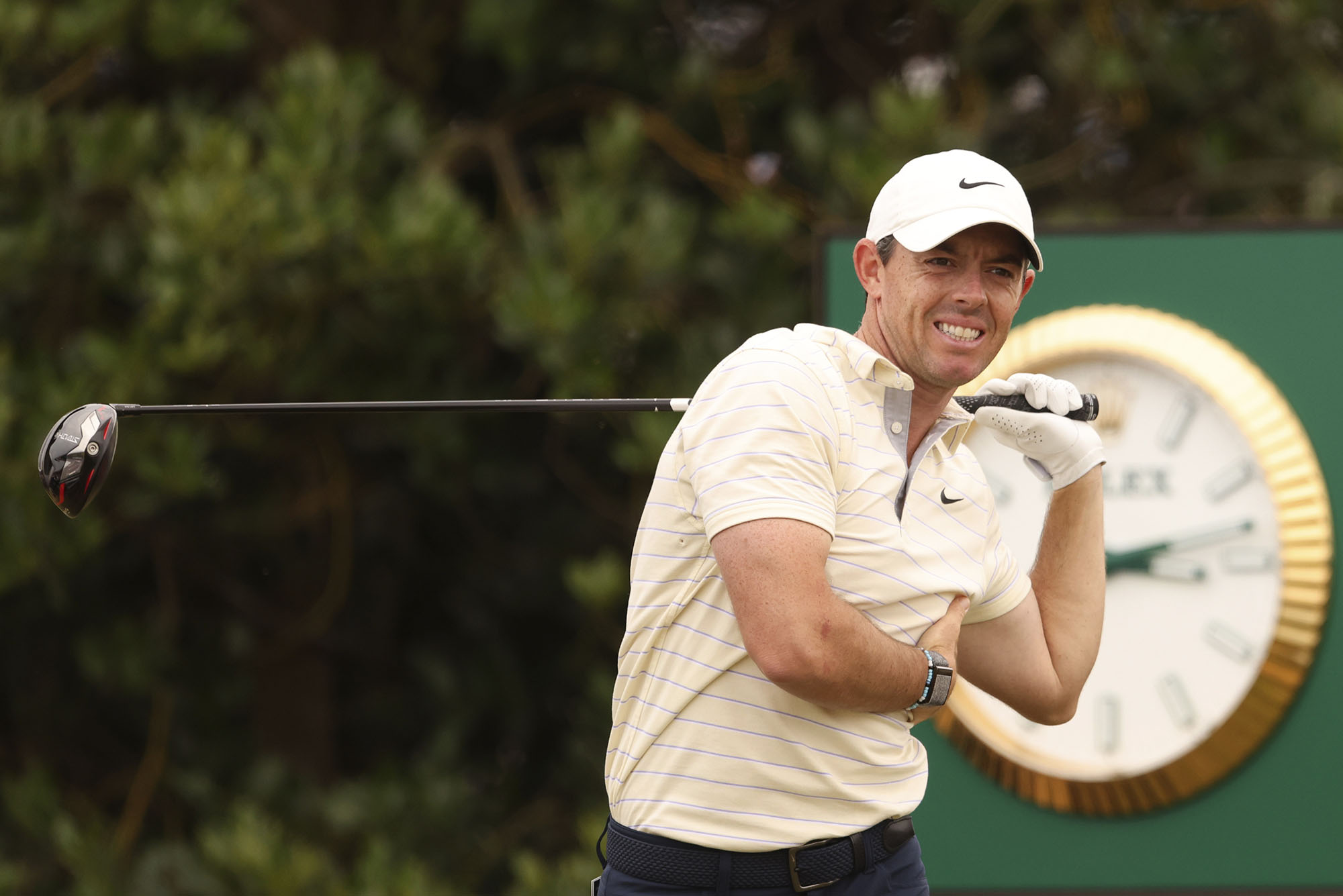 They were spotted by the hotel’s owner, John Fitzpatrick, who invited them to join him at dinner with 20 pals at Cipriani that night.

“The following morning, McIlroy arrived [Ridgewood Country Club] 30 miles away to play in a new competition. Worse for wear after a hectic night, he fell back to 101st place. Nevertheless, he refused to sleep as usual near the golf course to be ready the following day. Instead, he drove back to New York to see Meghan. His performance suffered.

“I wasn’t quite on my game,” he confessed later. “I was enjoying myself.” 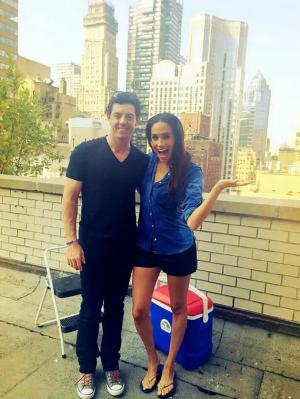 Back home in Toronto at the end of the week with her boyfriend, chef Cory Vitiello, Markle gushed about the sports star on her now-defunct blog, “The Tig.”

“Ah yes. Rory McIlroy. THE Rory McIlroy. Whispered (and shouted) to be the foremost golfer in the world, loved by Tiger, respected by Palmer, and dumper of frigid water on to my lone head for the ALS Ice Bucket Challenge. That Rory McIlroy.

“He is a force who has the propensity to actually work hard and play hard — relishing intense practices to substantiate his title, embracing nights of sipping
Opus One (his bold and impressive choice of wine) and indulging in group dinners at Cipriani — for the balance, of course. 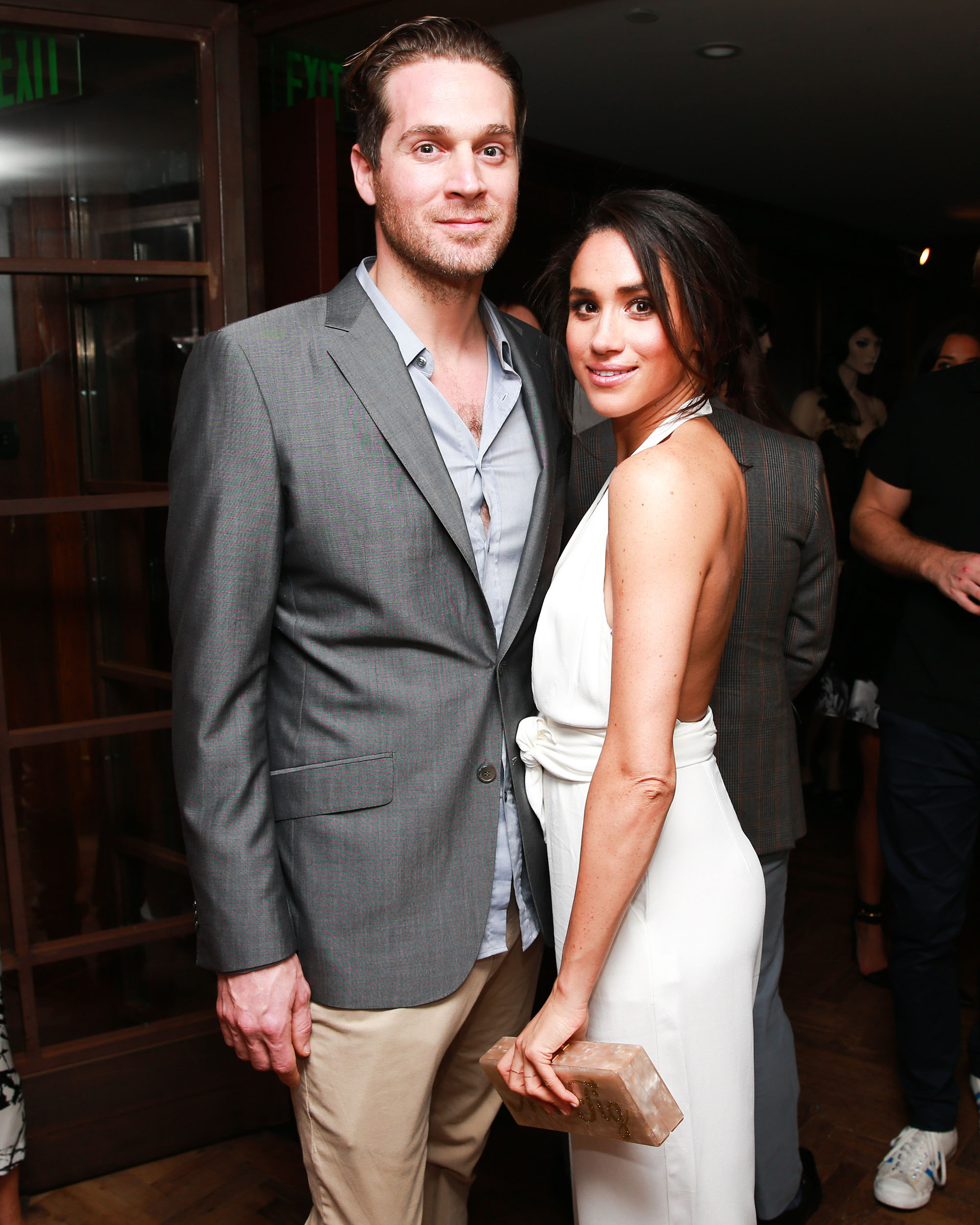 “And yet, beyond his work/play ethic, the most endearing quality of this man is his character – as real and honest as they come, appreciating a simple smile, never shunning a fan photo, enjoying a plate of pasta with veal ragu, and expressing a love for his parents that is rarely seen in men his age. Or at any age, to be honest. He is not just the real deal…
he is real. And perhaps that is what makes him even more cherished.”

Bower writes that Markle, then starring on “Suits,” was “keen to use their close relationship to promote herself,” adding: “She encouraged the media to publish photographs of McIlroy and herself. As she would later admit, she ‘occasionally set up a paparazzi photo or let info slip out to the press.’”

Asked by Vitiello whether she was having a relationship with McIlroy, Markle insisted their time together was innocent, Bower writes. “He believed her.” 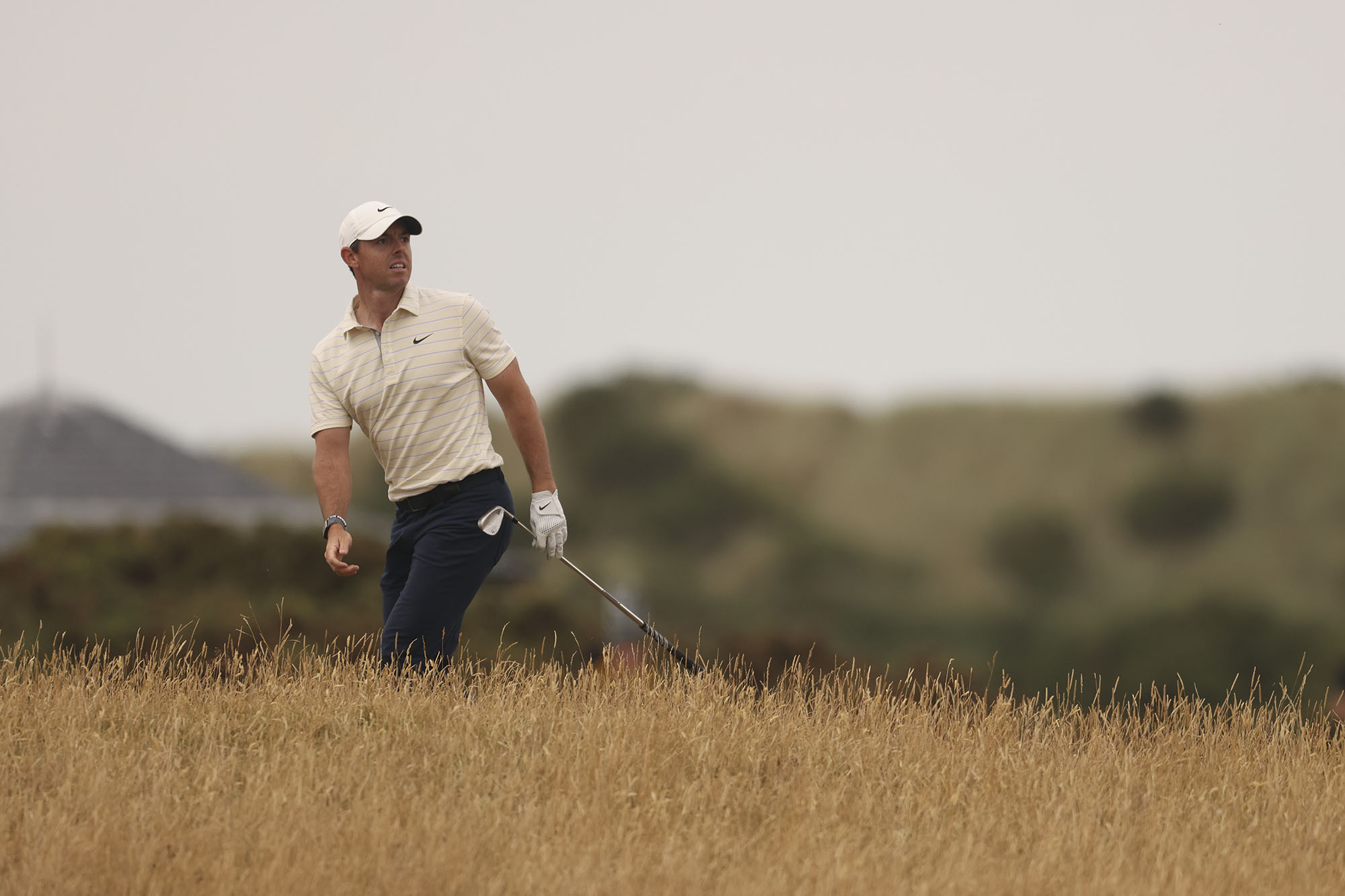 That same year, Markle used connections to snag a speaking slot at the One Young World conference in Dublin, Bower writes.

“Excited about her trip, she posted a message to an Irish friend of McIlroy: ‘Lock something down. I head out there October 14-17. Have a wonderful night X MM,’” Bower writes.

Markle and her boyfriend flew in from Toronto in a Netjet paid for by McIlroy, sources told Bower. 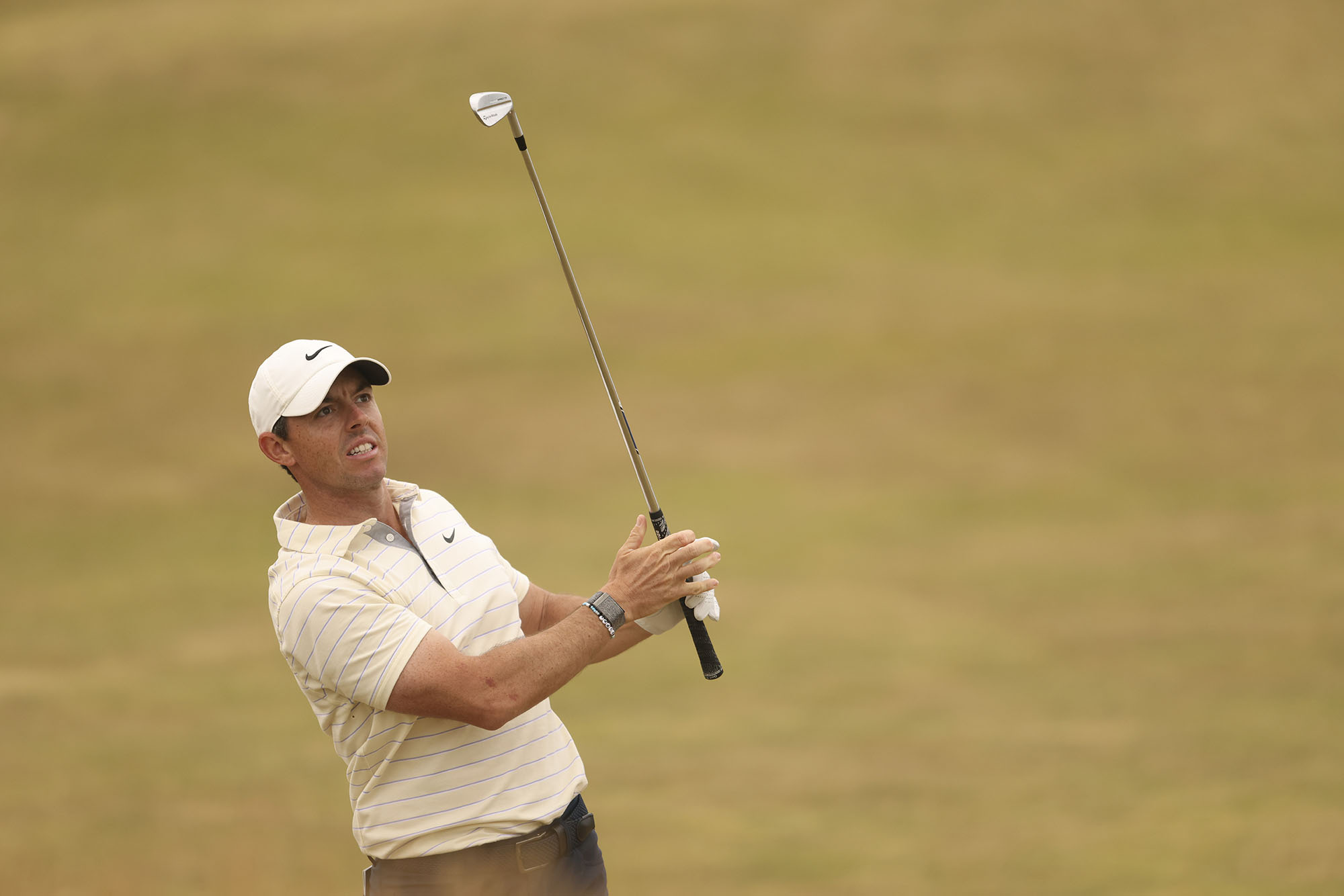 On October 17, Markle and McIlroy had dinner at swanky Dublin restaurant Fade Street Social. “She was spotted looking ‘smitten’, gazing intently at McIlroy,” by a newspaper gossip columnist, and Vitiello was annoyed.

“Again he challenged Meghan. ‘Had there been an affair?’” he asked angrily.

Emphatically, Meghan denied that she had betrayed him, Bower writes. She said she and McIlroy were just friends and “once more he believed her.” 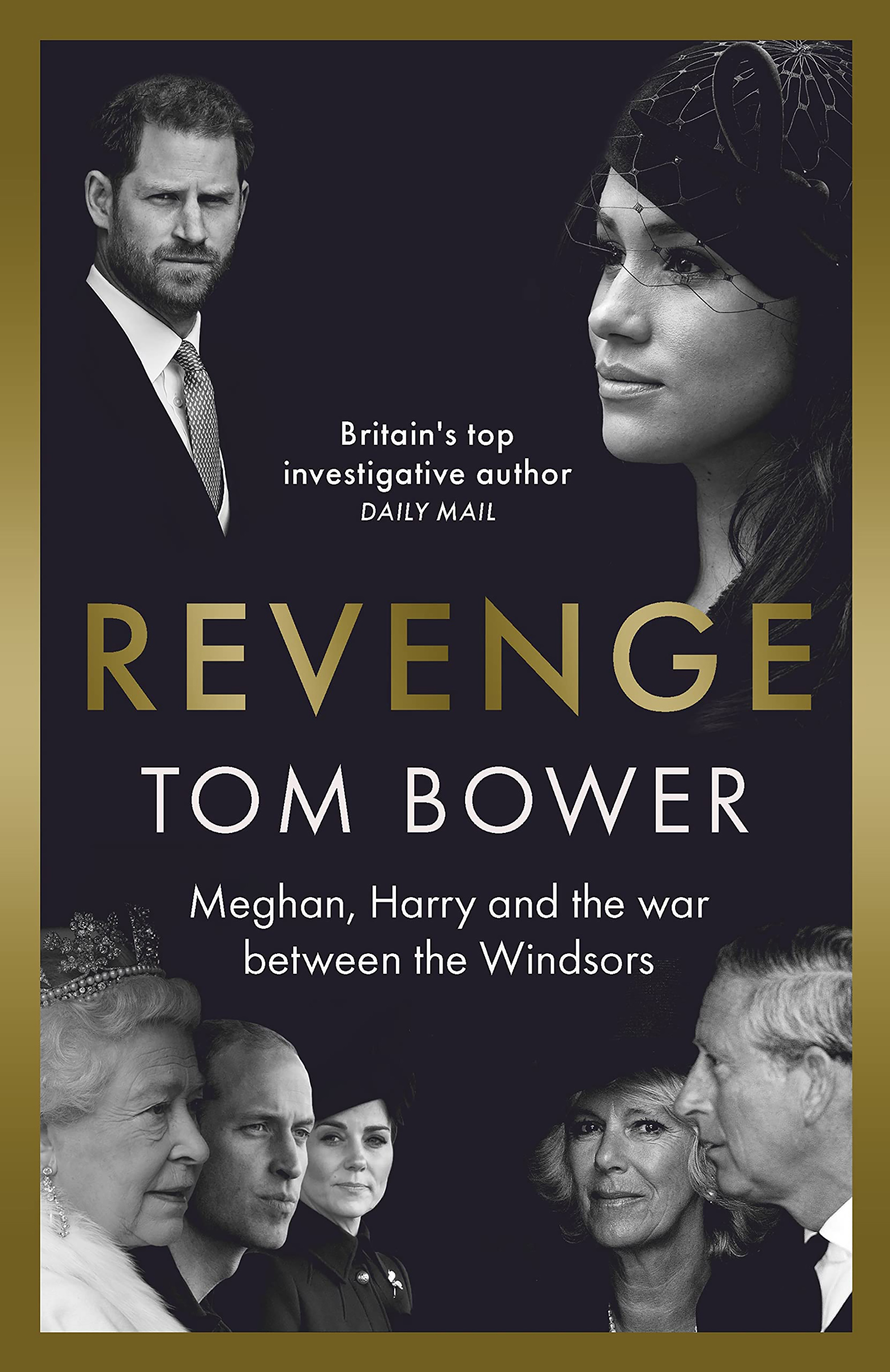 Markle’s agent called the newspaper for a correction and the following day, it printed a story about Markle and Vitiello, saying “They’re madly in love … The two of them were sewn at the hip the entire time they spent in Ireland.”

Meghan was “relieved,” Bower concludes. “The golfer was not her future, and Cory was still her Toronto facilitator.”