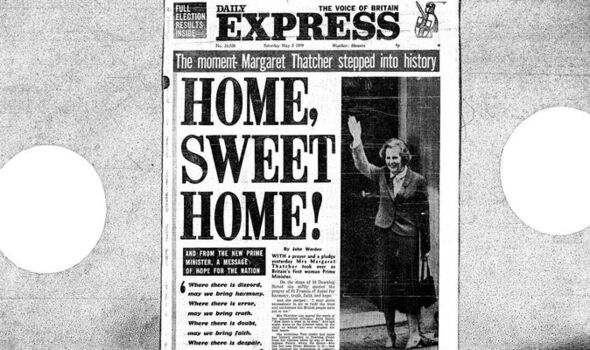 We said Labour Party leader James Callaghan had fought a good campaign but had paid the price for the winter strikes. Mrs Thatcher would go on to be Prime Minister for the next 11 years.

67 years ago (1955) The Federal Republic of Germany regained full sovereignty after the Second World War, ending the formal occupation by the Allies.

But British, US and French forces remained in the country as a deterrent against the threat of a Soviet invasion.

West Germany joined Nato on May 6.

Blair’s popularity had plummeted after the UK’s involvement in the US-led invasion of Iraq in 2003.

The election saw big gains for the Liberal Democrats, who won 62 seats.