Supercalifragilisticexpialidocious! Bette Midler Opens a New Window. absolutely stole the show during the 91st annual Academy Awards Opens a New Window. , performing “The Place Where Lost Things Go” from Mary Poppins Returns. The song, written by Marc Shaiman and Scott Wittman, is nominated for original song and was performed in the sequel by Emily Blunt.

Midler, 73, took the stage at Hollywood’s Dolby Theater, in a red, white and blue floral gown to perform a shortened version of the hit song.

Of course, the actress is no stranger to the Academy Awards’ stage. In 2014, she performed “Wind Beneath My Wings” from her 1988 movie Beaches, during the In Memoriam tribute. While she’s never taken home an Oscar, she was nominated for best actress twice – once in 1979 for The Rose and again in 1991 for For the Boys. 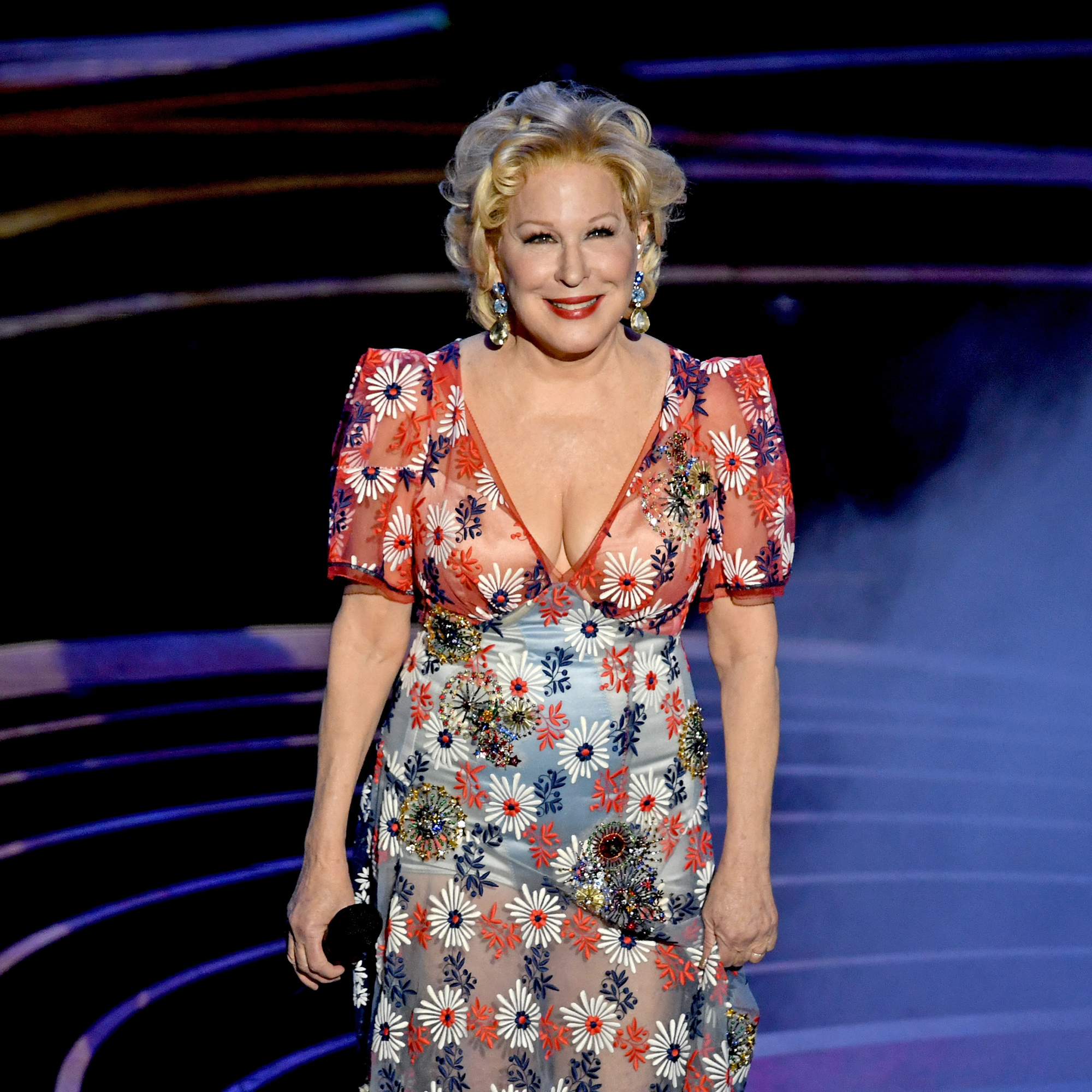 Ahead of the show, she tweeted about never taking home an Oscar Opens a New Window. . “Yes, I’m performing on the Oscars this Sunday! That’s a reminder for the viewers, but also for the Academy voters who might have an extra, unengraved statue lying around — this lady needs one to complete her EGOT,” she wrote.

“As a child of the 60s, I grew up obsessed with the Mary Poppins soundtrack, learning everything about songwriting and film scoring from it. As a teenager in the 70’s, I became obsessed with new star Bette Midler, who fate amazingly led me to, resulting in our 40 year relationship,” he wrote. “Could I have ever imagined that one day Bette Midler would sing a song I co-wrote with Scott Wittman for a sequel to ‘Mary Poppins’ at the Academy Awards?! My heart is exploding!!!”

Queen will also perform with the help of Adam Lambert Opens a New Window. , who has joined the band on tour multiple times. Bohemian Rhapsody, the biopic about the band’s late frontman, Freddie Mercury, is nominated for five awards, including best picture.