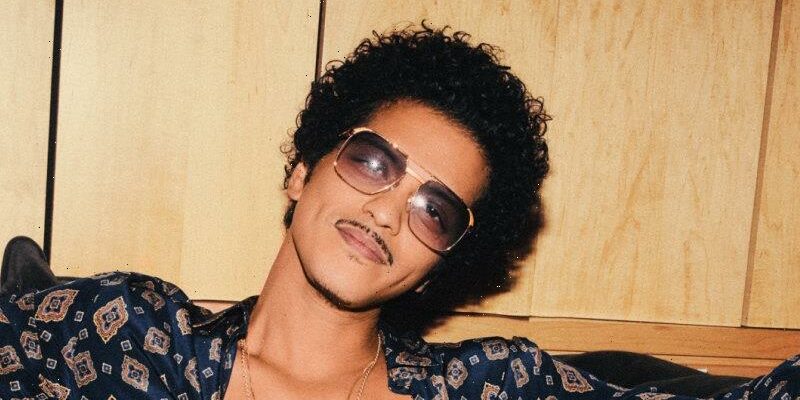 As a sign of the pent-up excitement, or maybe the impending sugar crash, in the audience at ground level, while we waited for the show to start a Bruno Mars impersonator walking through the crowd induced the kind of hysteria you only get at a Mark Latham speech or an Everest winners’ cheque clearing ceremony. As for the real thing, he goes alright, too. 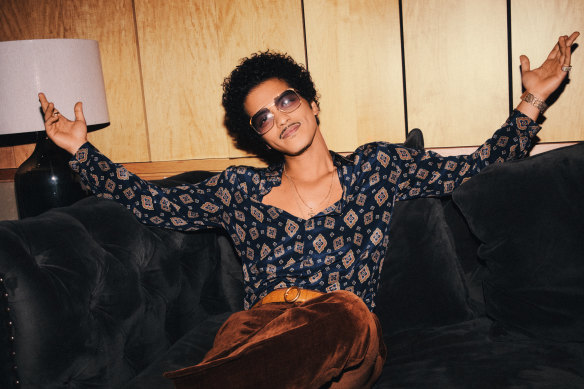 ‘Gotta kiss myself’: Bruno Mars was not to be eclipsed at his first Sydney show.

From curly-fro-and-headband, which never seemed to wear any sweat despite the exertions, down to stacked snowy white sneakers, which turned, slid, glided and twisted, Mars was not to be eclipsed.

Not by a horn section that danced as well as it played and sang even better. Not by a pyrotechnic set-up that regularly set off explosions. Not even by super fly bass player Jamareo Artis, who could rip through butt-shaking riffs without missing a step in his all-stops dance moves.

Whether offering Finesse, some R&B from the Bobby Brown school, Treasure, more your Earth Wind & Fire exuberant funk, or a James Brown & The Flames-style, brassed-up, funked-down, ankle-snapping, balloon-popping number, Mars had our number.

Sure, Perm tries to go heavy on the sex only to find old mate Bruno is too much the sweet kid brother you chase around the yard to really be convincingly sexy. And Grenade is an ordinary half rock/half R&B song that’s neither fish nor fowl and never goes off.

But he could segue from Versace On The Floor, the (phone) torch ballad Michael Jackson might have done, smoothly into How Deep Is Your Love, for some semi-local colour, to kick up perfectly into Marry You, an irresistible song made for every party band to attempt (and fail to match) the deceptive easy slickness.

And then blow past any of that with Locked Out of Heaven, an in-your-face and up-your-shirt mood lifter that might make a dead man come to life and crack his hip dancing. Especially if he tried to match any of Mars’ moves or sound. Or even worse, his look: the line from the inevitable encore, Uptown Funk, “Gotta kiss myself I’m so pretty”, is both amusingly self-parodying and annoyingly true.